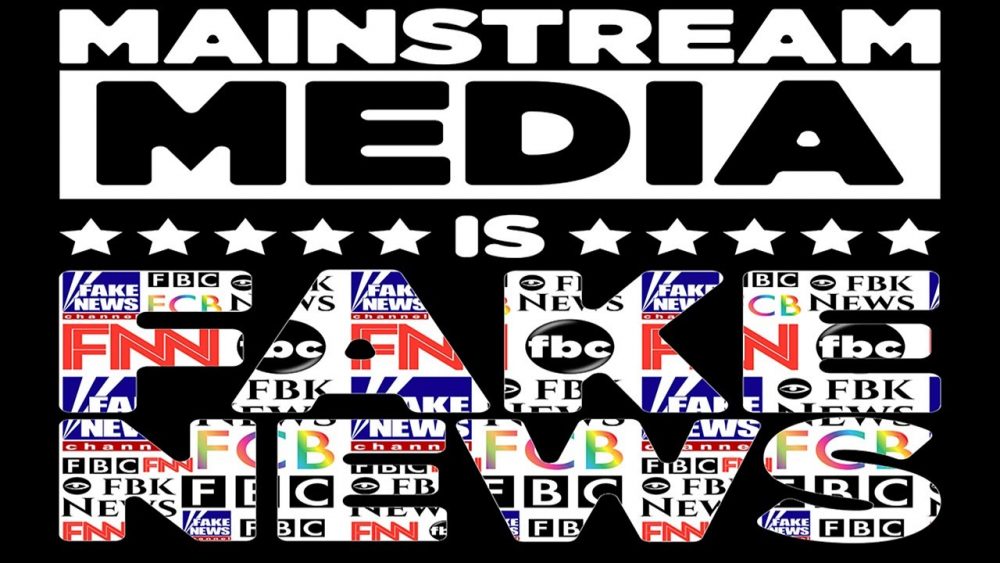 Mainstream Media: The Kingdom, the Power, and the Fury

It’s been said that only a handful of people own all the money in the world. Many refuse to believe this, but in reality, there are only about six people / corporations that own the ten big media.

If given much consideration, one can discern that the power of the news rests with these head-haunchos who determine what we should be told, how, by whom, and when, and certainly what slant or outright untruths and disinformation should be passed on to us.

I find it amazing that educated people today still trust in the media for the truth, and even worse, have no concept of the media’s hidden agenda for a one-world government, and how they have made us fodder for it all, and how fallow we are about what really is happening. 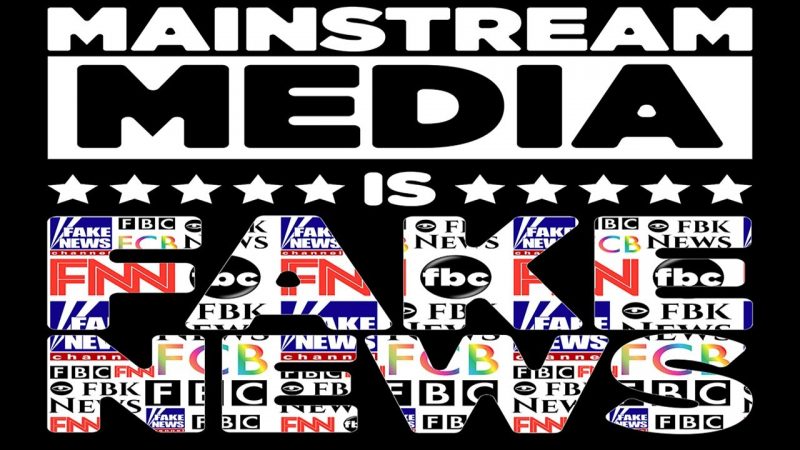 The Columbia Journalism Review does a commendable of job of trying to keep up with all the media ownership and merger changes. The lists of monopolies and cross-owernships run seemingly endlessly like the roll call of immigrants on Ellis Islands’ walls. Therein lie two key problems: 1). domination, and 2). pre-determined information.

The global media giants kick us in our pants every time we turn on a radio or TV channel, surf the Net, read a newspaper, magazine, or book by feeding us only what they want us to know, and not what is authentic. Thus, our opinions are built solely on their propaganda.

They’re no dummies. They’ve set themselves up so that they could never collide into a financial collapse, as their holdings aren’t limited to just sole print or non-print conduit; instead, they own in whole or in part such other entities as sports teams, amusement parks, movie screens, music groups, satellite and cable networks, cable wires, toy companies, Blockbuster and other video and music stores, shopping networks, retail stores, beverage firms, communications companies, computer services, appliances and weapons, websites, water industries, cartoons, mobile phones, resort areas, video games, and on an on.

Here is a small smattering of who owns what; only half are American properties. The big six consist of:

Also operating under this media mogul are high speed cable, online services in addition to AOL, i.e. CompuServe, Interactive Services, and Netscape, etc.. Too, ownership exists in CNN Newsroom; all of Warner Music Group as Warner Bros. Records, Reprise, Atlantic Jazz, Elektra, and 47 other labels. They also possess stores in over 30 countries, as well as theme parks, and various consumer products. The company partners with other media ownerships, such as Sony.

As the second largest media dynasty, Disney has percentages of other various corporations and media holdings. Its biggest acquisition is Capital Cities/all of ABC TV, radio networks, and publishing groups (magazines, books, daily newspapers). TiVo (partial investment), Disney productions, and much of the ESPN networks (especially sports), belong primarily to Disney but they also share the History Channel (with Hearst and GE).

Labeled as the third largest media firm, this corporation has ownership in other companies, and is the world’s largest publisher as seen in this sampling: Random House (in Canada, Australia, New Zealand, and UK as well), with Ballantine, Bantam, Crown, Doubleday, Knopf, Fodor’s, audio components, and business, science, trade and professional, and medical books.

This gigantic company owns companies that are in the paper business as well, such as offset paperback manufacturing, a maul-belser industry, graphic design entities, along with locking in computer/database businesses, e-commerce, financial services, and call centers.

This is the Australian-born but naturalized U.S. citizen Rupert Murdoch’s holding which encompasses, New York Post, and, internationally, books-owned in whole or in part with other media magnates-published from top-notch houses like Harper Collins, Hearst Book Group, William Morrow, Avon, Zondervan, and others.

This company, as is true with other media tycoons, owns some properties outright, while many are held in a percentage ownership. Simon & Schuster imprints, MTV books, Scribner, the Free Press, and other publishing houses; numerous nationwide T.V. film, and radio networks, such as Infinity Radio (184 stations) belong to this company.

Chairman & CEO: Jean-Marie Messier; revenues of no less than $55-billion.

GENERAL ELECTRIC can arguably be considered one of the biggest, or on the second tier of media omnipotence, with its 11 divisions and 15% revenue growth in the last quarter. The Olympics, along with an international folder, fueled GE’s holding of Universal, NBC stations, studios, and distribution. They also own Universal Pictures, parks, sports, health care technology, and transportation.

The bigwig owners’ intent is to converge with every medium and other diversities they can in order to be globally supreme and information-dictatorial.

Although the FCC has eased up on its multiple ownership rules (the 1995 act removed the national cap on radio station ownership and dramatically loosened it in individual markets”[2]), it is again considering loosening them even though only a few big media firms dominate the world. Consider that AOL Time Warner, Disney, Hearst, and Viacom alone control the top 20 cable channels.[3]

It’s easy to see just how much over-lapping of ownership and power there is. Media owners not only manipulate the content of the news, but they also control their distribution, circulation, products and merchandise. These handful of omnipotent producers, through their books, TV and radio stations, have propagated murder, sadism, sex, witchcraft, greed, Satanism, deceit, and a multitude of other immoral commodities and show-n-tells.

This worldwide cartel that pedals what we hear, read, think, touch, desire, does so not to help civilization become better citizens — more courteous, considerate, helpful, protective of one another — but rather to rot our minds, destroy our principles and ethics, and line their pockets.

On this note, author Ben Bagdikian states, “What is at stake is democracy itself. “[4] A media-consolidated country and world without all the points of view, and [non-biased] information … has produced something alarming”[5] which is pretty near an oligopoly.

World-famous author Noam Chomsky tells us, in his article, “What Makes Mainstream Media Mainstream,)[6] how the media controls our lives, giving us whatever misinformation or disinformation they deem appropriate. Normon Solomon’s article,[7] “Journalists Doing Somersaults,” informs us that only a handful of people own the world’s media and that they dictate what they want us to know or not know in their preferred versions.

Overall, in the big picture, we need to keep awake us to how the world really fits together as determined by the media moguls and the Elite, many of whom own much of that very same media. To them, our importance is marginal at best and only if we are compliant, and work for their betterment. We are mere peons, laborers, slaves to their global government, the New World Order, not for our benefit, but rather for the almighty, dictatorial wealthy.

By believing the media, and behaving accordingly to their directives, we are consenting to the shredding of our Constitution; the clobbering of our rights; the subjugation of our American sovereignty; the corruption of our government; and the loss of our privacy while allowing ourselves to be tracked and traced.

In our minds that they have tainted, we are agreeing to surrender our children to the village to raise them since we are lousy parents, horrible disciplinarians, religiously-oriented, and morally conservative.

The media tell us that we must be politically correct, accept diversity, and tolerance of even those dogma we don’t believe in, or those people we normally would not chose to befriend. Most notably is that the media has us disbanding Christianity while forcing us to accept soaring of paganism and Satanism; and partake in malevolence, sin and wickedness.

Countless members of the media (some respected and others ridiculed) belong to secret societies that convene purposefully for initiating an agenda that will work for the Elite and for their strides for global governance, and use their possessions as a fulcrum in advancing the New World Order.

It is not just an American media coercion but rather a transcontinental collusion for this one-world society, and how we are being duped on just about everything we believe and think.

Chomsky, for example, says,[8] “… the elite media, sometimes called the agenda-setting media…set the frameworks in which everyone else operates…. [and] if you get out of line and produce stories that the elite press doesn’t like, you’ will hear about it.”

He also claims that universities are non-independent thinkers ruled by the media and the elite:

“Those of you who have been through college know that the educational system is highly geared to rewarding conformity and obedience; if you don’t do that, you’re a troublemaker. So it [media/education] is a kind of filtering device …for people who are really trying to internalize the framework…”

That might explain the lack of creativity in our students. Adds Chomsky, “The media believes that the general population are ignorant and meddlesome outsiders.”

“Freedom of the press is guaranteed only to those who own one…. In 2000, half-a-dozen corporations owned the media outlets that control most of the news and information flow in the United States.”[9]

Imagine: Only six big corporations internationally own all the media. This is the push for globalization, a one-world federation. The Elite should not dominate media in our republic form of government.

But if Chomsky and Solomon criticize the media, more writers have attacked other underhanded American activities, such as seen in Earl Lee’s “School Textbooks” where we’re told that what our children are taught is either altered history or cherished mythology, and that the course of religion is seldom treated in textbooks (especially the creation vs. evolution controversy), and many of which textbooks are erroneous.

Is it no wonder, then, that the truth can’t emerge in this colossus, international media ownership arena. The selected few determine for us what we should know.

It is only through a handful of online radio stations such as The American Voice, online newspapers NewsWithViews.com, and newly positioned TV and print venues, that we can hope to get the facts, realism, and accuracy. Be wary of what you read, what you watch, what you see, and what you hear. You can’t believe everything.

About the author: Dr. Gianni DeVincent Hayes is an internationally recognized author of 14 royalty-published books and over 100 articles and short stories in highly circulated and commercial newspapers and magazines.

Bayer-Monsanto’s Secret Weapon: Ex-Green Lobbyist to Tell the World Its Cancer-Linked Weedkiller Will Save the Climate Previous post
US Government Propaganda Use Against American Citizens Is Officially Legal Now Next post