Independent mainstream media outlets are engaging in a politically-motivated campaign to force YouTube to demonetize and hide any video that denies climate change.

Published on Avaaz’s website, the left-leaning non-profit group released a report on January 16 that claims YouTube is profiting by broadcasting misinformation to millions of people by giving climate denial videos too much prominence.

The report is an undisguised intimidation campaign, as not only does it list major advertizers who are running ads on videos that question the legitimacy of the threat climate change poses for humanity, but it explicitly calls for them to put pressure on the platform as a means of putting an end to the so-called disinformation. 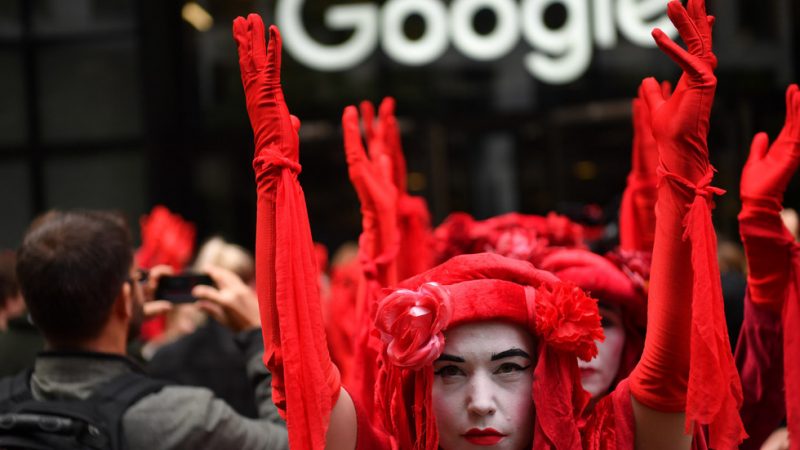 Despite the findings being published just yesterday, many mainstream sites had lengthy articles posted not long after that, which featured quotes from those who worked on the report. Timings which suggest select websites were given early access, making it clear what agenda is being pushed, more so as they all tout the same talking points.

Vice, Time, Gizmodo, The Verge, and countless other news entities want YouTube to punish creators who don’t toe the “correct” ideological line. The objective is to demonetize, and thus censor, such individuals as they’ll be less inclined to work on content that they won’t be able to profit from.

Nell Greenburg, a campaign director at Avaaz, claims the report isn’t about removing content, but that contradicts the report’s own messaging. There is a clear attempt to have content hidden as the report calls into question the promotion of such videos in the “up next” box on the site.

It’s semantics at this point, but hiding videos would hurt creators and dissuade them from even trying to share their thoughts. It is an indirect way of removing ‘wrongthink.’

YouTube has already called into question the methodology of the report, but, given the media and powerful activist groups are targeting advertisers such as Nintendo, Red Bull, Uber, and Warner Bros, it’s a safe assumption the platform giant will give into their demands if their bottom line ever becomes affected. We are less than one year removed from Vox Media’s war on Google and its subsequent “adpocalypse,” after all.

Samsung has already contacted the company to “resolve the current issue and prevent future repetition,” so a second adpocalypse is probably likely.

Though, this time, the scale could change as residing in the crosshairs isn’t just independent creators, but Fox News and other right-leaning media, given that they, too, have content on YouTube that questions the validity of a changing climate.

That the MSM agrees with this says a whole lot, since many websites are in no position to push a platform into limiting content they deem as false, especially when considering the one-sided nature of their many blunders.

If 2019 was any indication, they’re not exactly on top of stuff. From the reaction to the Covington school kids, to the countless Trump and Russia stories that went nowhere and fizzled, the most blatant purveyors of literal fake news are the mainstream media.

As for George Soros’ connection with Avaaz, while it claims to be predominantly member-funded now, its seed money was reportedly allocated by the billionaire’s opaque network of groups, and various prominent figures from his Open Society Foundation, such as former Democratic congressman Tom Periello, have been among its leadership. Leaked documents from 2010 detail that promoting climate change campaigns was always designated as a primary function of Avaaz.

This situation ultimately raises questions into why anyone, or anything, should have the power to dictate what others can create. Regardless of one’s personal views on the matter, there’s no denying that bold claims have been made about the climate that later were disproven.

Little is, as yet, set in stone, and content that lands on any one side of the debate should be free to exist. If a creator is making videos people are watching, their hard work shouldn’t be thrown in the bin simply because an activist group with ties to one of the world’s richest people and his proxies says so. It is not the role of billionaires and their pet projects to play babysitter.