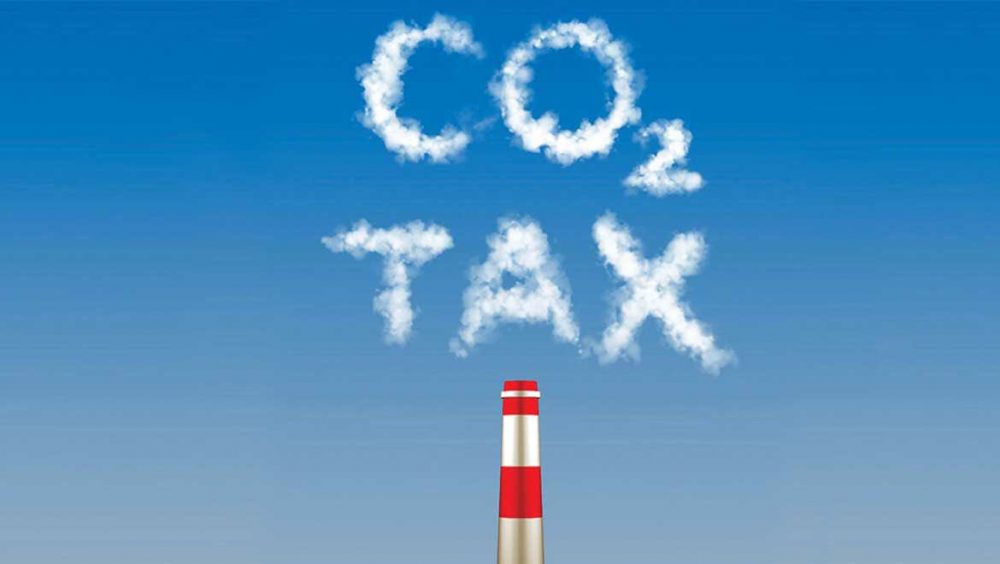 Stop And Think For A Moment: Is A Carbon Tax What You Really Want?

In supporting a carbon tax, your recommendation is that the citizens of each country should be willing to contribute some more of their own wealth to their government in order to enact their regional or national carbon tax scheme.

(I’m assuming you realize that all ‘taxes,’ regardless of who they are directly levied upon, eventually trickle down and affect everyday citizens).

Another way of saying this is that you are advocating for citizens of the world to be willing to experience an overall decline in their current standard of living in order to implement the global carbon reduction targets of the Paris Accords. This is simple economic math.

How Does The Carbon Tax Work? 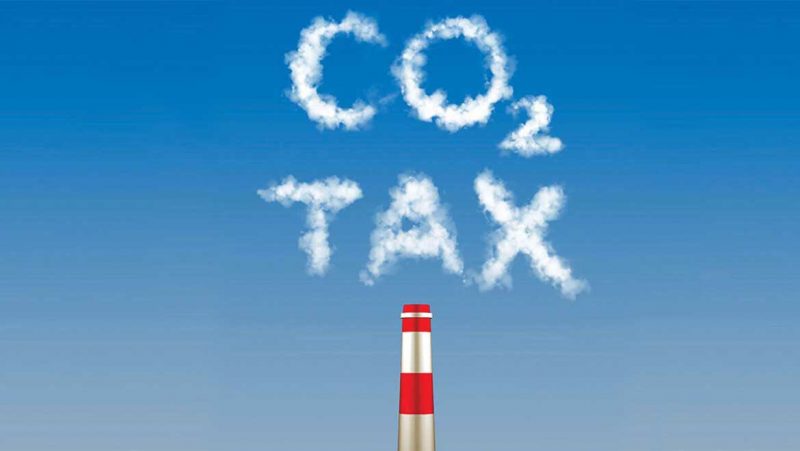 First, let’s define what a carbon tax is:

Carbon tax is a form of pollution tax. It levies a fee on the production, distribution or use of fossil fuels based on how much carbon their combustion emits. The government sets a price per ton on carbon, then translates it into a tax on electricity, natural gas or oil.

When utilities, businesses or homeowners consume fossil fuels, they create pollution that has a societal cost; everyone suffers from the effects of pollution. Proponents of a carbon tax believe that the price of fossil fuels should account for these societal costs. More simply put — if you’re polluting to everyone else’s detriment, you should have to pay for it. (source)

And so, if you support a carbon tax, then you agree that ‘the price of fossil fuels should account for these societal costs.’ And the societal costs are, presumably, a monetary equivalent to the deleterious effects of global warming on humanity. But does the carbon tax actually fulfill your main objective, to save the planet and create a better future for our children? The next series of questions is designed to address this.

1. Are carbon emissions really “pollution”? I believe the above statement is misleading when it characterizes carbon tax as a form of ‘pollution tax,’ wherein CO2 emissions are naturally equated as ‘pollution.’ I feel ‘pollution’ refers to something that has a direct negative effect on life on the planet, that slowly poisons humans, animals and plants that breathe in these substances.

Indeed, in the case of plants, CO2 is their oxygen, and CO2 has no harmful effects on living beings. If there is genuine concern for living beings, why has there been no concerted effort to stem the real air pollution factories put out, that cause a haze in some major cities that actually makes it hard to breathe?

2. Does a carbon tax guarantee a reduction of carbon emissions? Quite simply, no. At best, a carbon tax “encourages utilities, businesses and individuals to reduce consumption and increase energy efficiency.” I think it would be more accurate to say that the carbon tax is financial punishment for people and businesses who want to maintain their current standard of living.

In most cases, those who can afford the cost of maintaining their standard of living will simply pay the extra money to do so, and, as we have seen so far, CO2 emissions will continue to rise.

The notion that “carbon tax also makes alternative energy more cost-competitive with cheaper, polluting fuels” is another red herring. Corporations and businesses are driven by profit, nothing else. There is no chance that the majority of businesses will adopt the currently available alternative energy sources unless they are proven to be more cost-effective. Does this mean that taxation will increase until companies are essentially forced to adopt alternatives?

Likely, if those in charge really press for meaningful reduction of CO2 emissions. Please note, though, that this can bring many companies to the breaking point, where they will have to reduce wages and compromise on working conditions in order to stay in business and continue to make a profit. Does this sound like a solution for the benefit of humankind?

3. Is the carbon tax the only solution available? Certainly not. There are undoubtedly many alternative solutions, including the large-scale cultivation of hemp, a proven carbon-sequestering crop which I speak about here. We just never hear about these. They are never promoted by Big Money.

If we pay close attention, we will see that any natural, truly communal solutions to global warming, actions that have a direct impact on human well-being, are not even considered by the authority, let alone studied. Only the carbon tax and it’s even more sinister partner, the cap and trade system, are promoted by the authority. And that’s because there is money to be made for the elite with these solutions.

Top Scientist Resigns: ‘Global Warming Is A $Trillions Scam — It Has Corrupted Many Scientists’

4. Where does the tax money go? This is the crux of the matter. There is no promise that the tax money collected by governments will somehow find its way to directly benefit the people. And even if there is a promise, it is unlikely that the promise will be kept.

Few would disagree that government taxation has been uncovered as a black hole that ultimately enriches the global elite and the corporatocracy and only scraps filter down to the general population.

5. Does a carbon tax represent humanity coming together to create a better future for itself and the planet? The carbon tax is founded in the old-world notion that only fear tactics and the manipulation of individual self-interest can bring about positive change. We will never be able to ‘come together’ as a global community if what we are really supporting is a mechanism that works off of fear and self-interest.

It is important to distinguish a true grass-roots movement that comes together spontaneously through individuals who want to create change for the betterment of the human community. Currently, these are movements that not only DON’T get support from Big Money (because there would be no return-on-investment), but are often actively THWARTED by Big Money.

It is clear which movements these are, because participants are subtly condemned by the mainstream press. The Yellow Vest movement is an example. The Brexit movement. The ‘Occupy Wall Street’ movement, at least before it got co-opted.

Meanwhile, nothing but praise is heaped on climate activists, gun-control activists, or people raising money to help Western medicine find a cure for cancer. This is because these movements ultimately support the financial elite’s infrastructure and agenda.

I have spoken to several people I respect who take the attitude that the carbon tax is not ideal, but at least it’s something. That they know the carbon tax leads somewhat to the enrichment of powerful people, but there’s no way around it, as that’s the only way anything gets done in the world. I question that notion.

I question people’s acceptance of a very limited, even cynical, view of what humanity is capable of. We are at a time in history where we are ripe for making a shift in what we do and how we see ourselves, where we start to believe that the majority of humanity can be motivated to act purely out of love for one another.

This shift will be fueled by the desire to reach for our individual sovereignty and no longer have global elite ‘leaders’ that control our destiny. When we collectively put more of our time and energy into this new paradigm and less into the old control mechanism that has hung over us all our lives, true solutions to the world’s problems will be readily at hand.