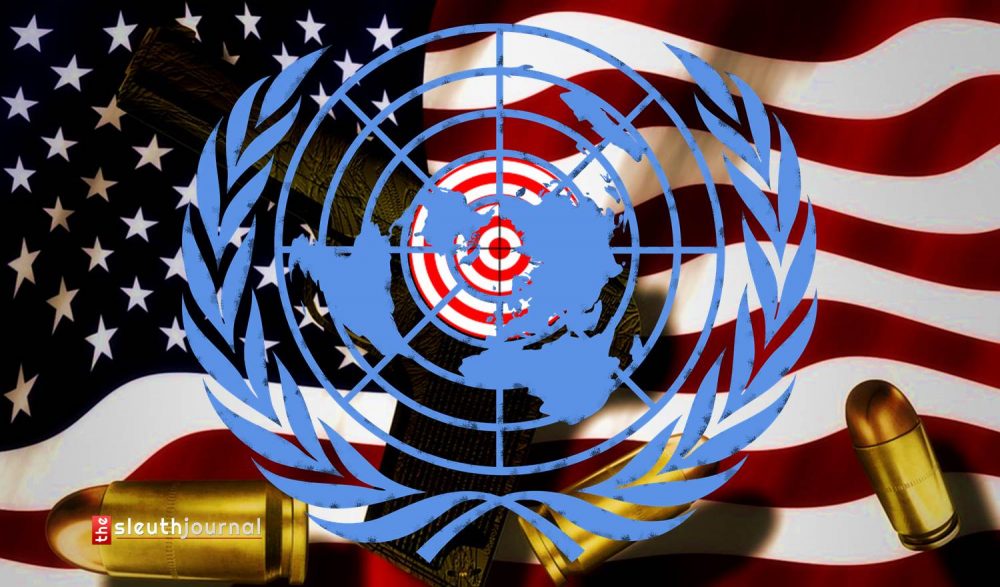 The United Nations Agenda to Take Over the World

In 2020 it’s difficult to determine which enemy presents the most harm to America in the coming decade.

China, Russia, North Korea? No, they’re not even at the top of the list of who represents the most danger to our great Republic.

Those would be conventional enemies, which we could fight with conventional weapons. Sadly, we have a much more sinister form of enemy, or enemies in this case, who are plotting every day to destroy our American way of life.

The biggest threat to the United States does not come from missiles in the air, nor from ships or submarines in the ocean. The ultimate threat comes from within our own backyard, and it resides at 46th St. & 1st Ave., New York City. 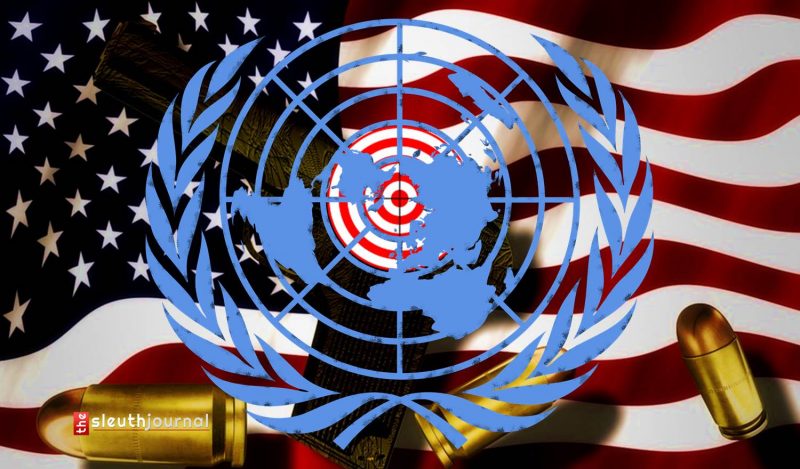 When we think of the enemy within, we have the line-up of nutty socialist Democrats running for office and filling seats in Congress. Then we have the swamp, which includes the mainstream media lapdogs.

But the deviant Deep State is even more frightful, because they hide in the weeds, manipulating economies and politics around the globe, to suit their globalist agenda. Individually, they are all conspiring to alter our Constitutional way of life in America.

But there is another, and it also means to end our way of life. If successful, it would ultimately send the entire world into a cataclysm of darkness, and likely, the end of humanity.

Fore at the end of the chaos, wars, and revolutions which would likely arise from it, would be the death of us all. I give you;

THE UNITED NATIONS
“TRANSFORMING OUR WORLD:
THE 2030 AGENDA FOR SUSTAINABLE DEVELOPMENT”

“We, the Heads of State and Government and High Representatives, meeting at United Nations Headquarters in New York from 25 to 27 September 2015 as the organization celebrates its seventieth anniversary, have decided today on new global Sustainable Development Goals.”

“We committed ourselves to working tirelessly for the full implementation of this Agenda by 2030.”

In the next ten years the UN is planning on “ending poverty and hunger everywhere, to combat inequalities within and among countries; to build peaceful, just and inclusive societies; to protect human rights and promote gender equality and the empowerment of women and girls; and to ensure the lasting protection of the planet and its natural resources.”

They want inclusive and sustained economic growth, shared prosperity (translation: take from those that have and give it to those who have not) and decent work for all. A world “in which humanity lives in harmony with nature and in which wildlife and other living species are protected.”

In other words, according to the United Nations, by the year 2030, the entire planet will be a utopia. Oh joy, I can hardly wait.

Considering the UN is run by a bunch of dictators, who lean nearly as far left as Adolf Hitler, I’m not betting on them to be successful. Although, you can bet they are going to give it their best shot.

The UN makes up their own rules and laws, giving them catchy titles such as the “Declaration of Human Rights”, and the “Millennium Declaration”, along with the “2005 World Summit Outcome.” They’ve been building toward this for decades, bit by bit, piece by piece.

The UN has completely bought into the whole climate change hoax as well. Former Vice President Al Gore deserves an Academy Award for the sales job he performed on the world decades ago, and the UN has been pitching it ever since as part of their agenda.

I’m curious as to how the UN plans on addressing the 1.8 billion Muslims in the world when it comes to their belief system on equality. Women are second class citizens and homosexuals deserve to die in the Islamic culture.

Here’s one I love, “We will seek to build strong economic foundations for all countries. Sustained, inclusive (a key liberal term) and sustainable economic growth is essential for prosperity, this will only be possible if wealth is shared and income equality is addressed.”

Can you say SOCIALISM? Are you ready for open borders?

The UN plan says “we recognize the positive contribution of migrants for inclusive growth and sustainable development. We also recognize that international migration is a multidimensional reality of major relevance for the development of countries of origin, transit and destination, which requires coherent and comprehensive responses.

“We will cooperate internationally to insure, safe, orderly and regular migration involving respect for human rights and the humane treatment of migrants regardless of migration status, of refugees and of displaced persons.”

The blunt interpretation, screw you America and your border walls.

As you may have imagined, the UN’s agenda also includes access to free healthcare across the globe. I wonder who will be paying for that, the tooth fairy? Here is the link to this fairy-tale agenda.

Check it out for yourself and then contact “Whitehouse.gov” and ask President Trump to abolish the United nations on American soil.

Patrick Henry, John Adams, Thomas Jefferson and our other forefathers must be rolling over in their graves. The United States Constitution and Bill of Rights would be abolished under this guise of utopia.

All countries would fall under the UN’s International Law. And oh, by the way, please note that God is not mentioned even once in this diatribe of BS, which is exactly what it is.

Screw the United Nations, stand up for nationalism, and may God bless America.

By Sid Bowdidge, author of ‘A Rush to Judgement A Journey With Trump, God and Love‘

Multibillion-Dollar Corporation Released Toxic Sludge Into the Water Supply, and Covered Up the Evidence for Years Previous post
US Assassination Of Top Iranian Military Official May Ignite World War Next post