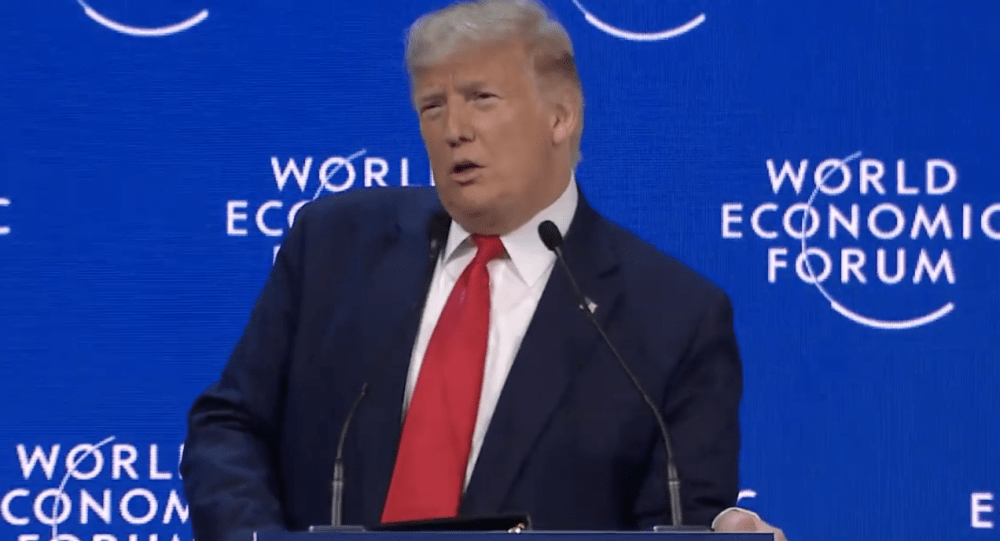 For the first time in two years, President Trump traveled to Davos, Switzerland, where he once again confronted the global elites whom he railed against during the 2016 campaign by calmly rattling off his administration’s accomplishments.

Speaking from a prepared notes, Trump calmly repudiated the hysterical warnings of the ‘Green New Deal‘-ers, decried impeachment as a “hoax” and recounted a list of his administration’s economic accomplishments, beginning with the fact that American unemployment has hit its lowest level in 50 years, while millions of manufacturing jobs have come back to the US. (…)

Trump directly confronted the climate alarmism of Greta Thunberg, AOC and their ‘Extinction Rebellion‘ cohorts — the most prominent topic at an event where hundreds of attendees flew in on private jets and a gathering of wealthy protesters has prompted those attending the conference to beef up security. 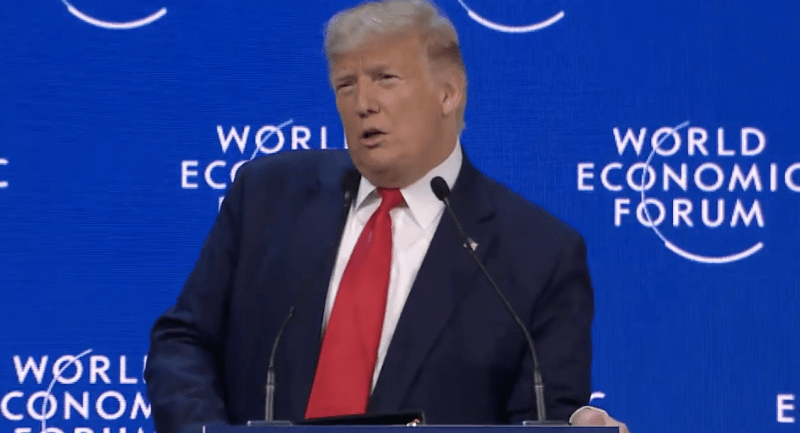 Thunberg also spoke at Davos on Tuesday, and in keeping with her style of speaking to world leaders, she excoriated her audience by insisting “nothing has been done” to combat climate change.

We are on the threshold of “virtually unlimited stores of energy” thanks to American energy independence when it comes to fossil fuels, but also America’s pioneering work on renewables and nuclear power.

Trump appeared to lay out his own framework for preserving the environment in a more practical way, saying his administration is “committed to conserving the majesty of God’s creation and the natural beauty of our world… today I’m pleased to announce that the US will join the 1 trillion trees initiative announced here at the World Economic Forum.”

In what was by far the biggest blow to the extinction rebellion hysteria, Trump cited all the examples of climate alarmists being proved wrong in the prior decades:

“This is not a time for pessimism, this is a time for optimism. Fear and doubt is not a good process… to embrace the possibilities of tomorrow we must reject the perennial profits of doom and their warnings about the apocalypse. They are the heirs of yesterday’s foolish fortune tellers… they want to see us do badly, but we won’t let that happen.

“They predicted an overpopulation crisis in the 1960s, mass starvation in the 70s and the end of oil in the 1990s. These alarmists always demand the same thing — absolute power to dominate transform and control every aspect of our lives. We will never let radical socialists destroy our economy, wreck our country or eradicate our liberty. America will always be the proud, strong and unweilding bastion of freedom.”

Trump ended his speech with a look toward the future, lingering on America’s legendary ability to drive innovation, insisting that the “wonders of the last century will pale in comparison to what today’s young innovators will achieve because they are doing things that nobody thought even feasible to begin. We continue to embrace technology, not to shun it. When people are free to innovate, millions will live longer, happier, healthier lives.”

Russia’s President, Vladimir Putin, has recently condemned the adults who “use” Greta for “personal interests”:

“No one has explained to Greta that the modern world is complex and different. People in Africa or in many Asian countries want to live at the same wealth level as in Sweden.”

“When someone is using children and teenagers in personal interests, it only deserves to be condemned,” Putin said. “I’m sure that Greta is a kind and very sincere girl. But adults must do everything not to bring teenagers and children into some extreme situations.” (Source)

Watch Trump’s speech below (he begins speaking at the 18-minute mark):