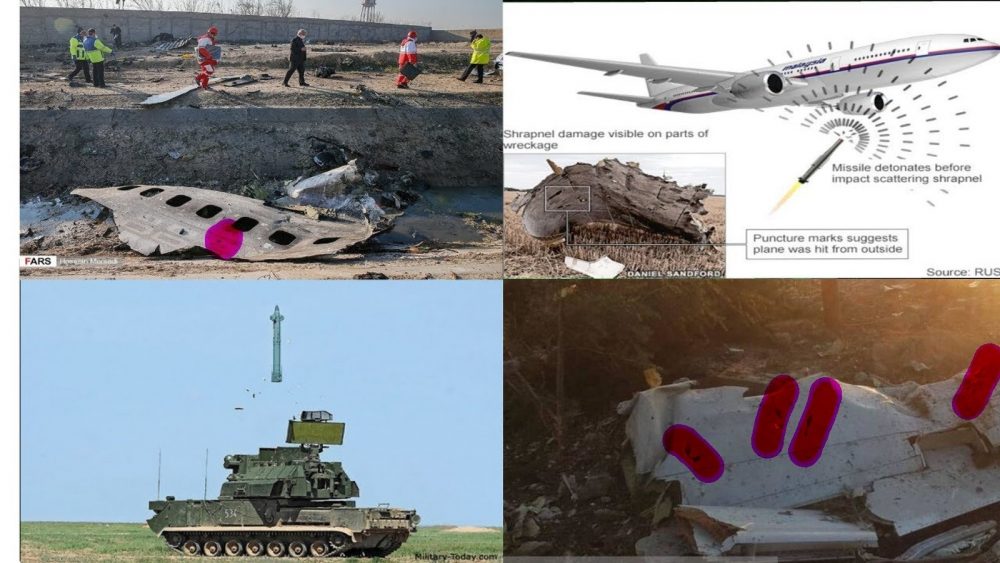 This came on the same night that Iran fired over a dozen missiles at US bases in Iraq.

Al Hadath News reported a missile took down the Ukrainian flight after the crash on Wednesday. 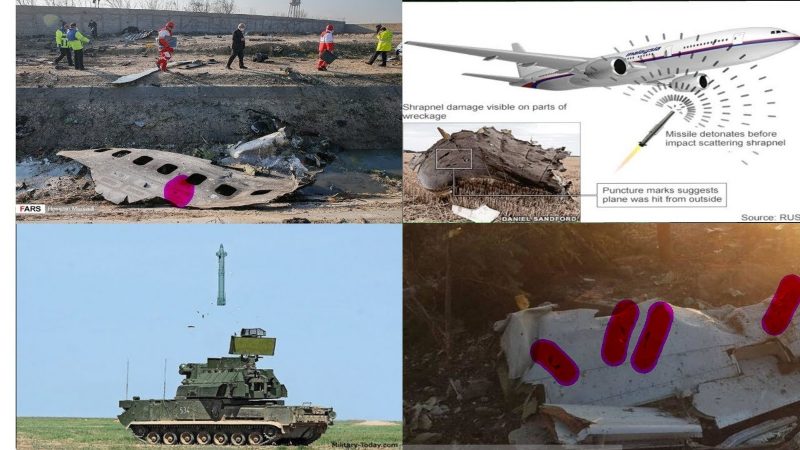 Evidence that flight PS752 was shot down

Al Hadath: Preliminary images of the Ukrainian plane suspected of being hit by an Iranian missile

On Wednesday morning Iran refused to turn over the black box from the downed plane:

Iran will not give black box from crashed Ukrainian airliner to Boeing: Mehr

Simple question:
What does the regime in #Iran have to hide?https://t.co/zkHyVEL0Bh

Ukrainian officials say the Boeing 737-800 involved in the crash is one of the best planes in the Ukrainian fleet.
And a local Iranian reportedly discovered a “control segment” of a TOR M1 missile near the the Ukrainian plane crash site.

15)
A local took this image (L) near the PS752 crash site, clearly showing the control segment of a TOR M1 missile.
(via @Azematt) pic.twitter.com/afkfnYaP1r

Ukrainian officials on Thursday said they want to investigate the crash site for missile parts after images appeared on the internet.

And photos of the Ukrainian flight show shrapnel damage on the wings and fuselage.

Here is a video detailing how the anti-air missile works:

14)
From @stillgray
"The Dutch Safety Board produced this video to explain how the Buk missile system works, and how it crashed flight MH17 in July 2014.

Not saying this is what (possibly) shot down the plane in Iran, though."pic.twitter.com/70TVoT6sEe

According to CBS, the U.S. officials are confident that Iran shot down a Ukrainian jetliner in the hours after the Iranian missile attack on U.S. targets:

#BREAKING: @CBSNews has learned U.S. officials are confident that Iran shot down a Ukrainian jetliner in the hours after the Iranian missile attack on U.S. targets.

176 people were killed, including at least 63 Canadians. pic.twitter.com/g149hAcui0

Iran: Unverified video purports to show Ukrainian flight #PS752 and the moment a missile strikes (this was allegedly the second missile that struck the airplane):

The following videos allegedly show flight PS752 after it was allegedly hit by one or two surface-to-air missiles:

#Breaking First footage of the Ukrainian airplane while on fire falling near #Tehran pic.twitter.com/kGxnBb7f1q

And the following video allegedly shows the moment of the crash:

More details in the following podcast:

This event has many similarities to the infamous MH17 event (which many, including myself, believe it was in fact a false flag in which it was used the “lost” airplane MH370).