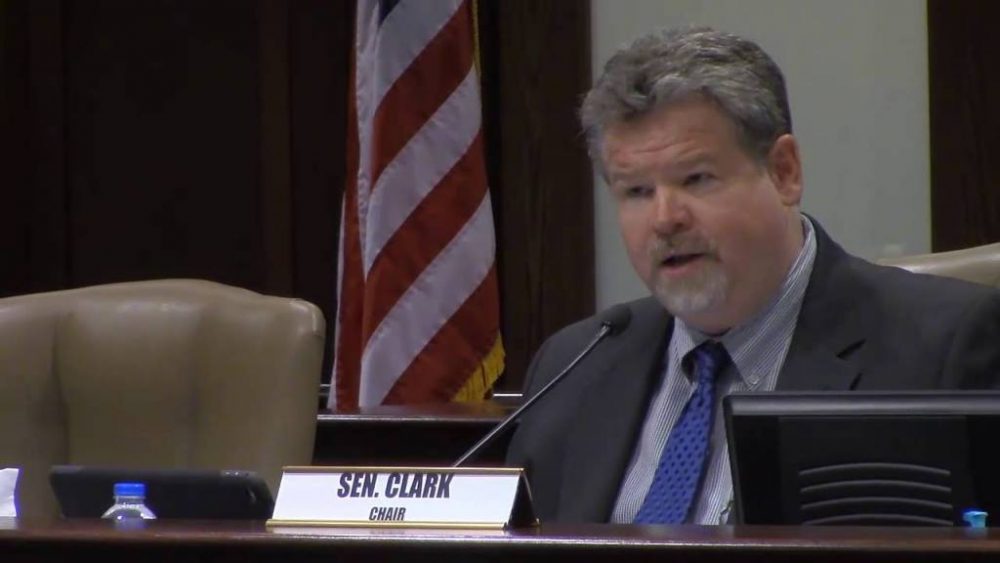 Arkansas Senator on CPS Kidnappings: “No Horror Movie Ever Prepared You for This”

Protecting the constitutional rights of innocent families and protecting children from abuse should not be an either/or proposition.

Providing a method for the legislature (or some representatives of the people, but the legislature is already duly elected and constitutionally charged) to examine a secretive agency in a serious structured way while protecting the privacy of families, also should not be an either/or proposition.

Which is why when legislators want to look into abuses of the system, the agency’s cries of “we have to protect the children” ring hollow. Especially when the specific information they don’t want to become public indicts the agency and in no way harms a family. But I can’t tell you what that information is, so they and their allies sound like martyrs laying down their lives for the children.

If only it were true. 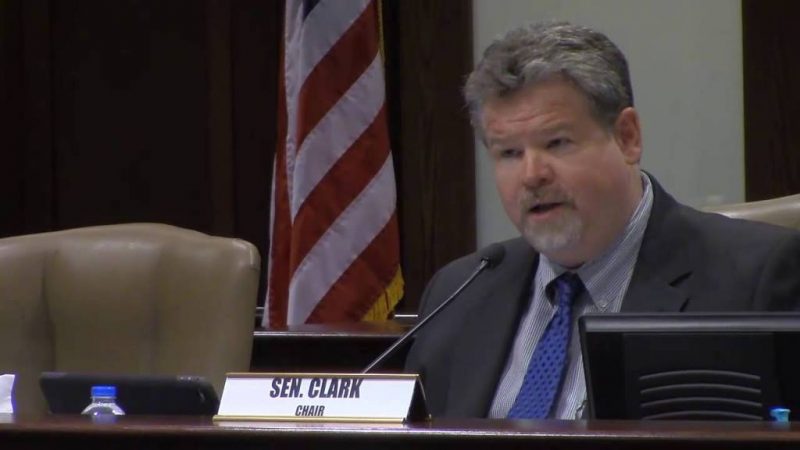 Do Good Social Workers Fear for Their Jobs?

Let’s stipulate that DCFS (Division of Children and Family Services, a subdivision of DHS) and CACD (Crimes Against Children Division of the Arkansas State Police) does important work in protecting children against abuse.

Let’s stipulate some of the finest people I have ever met work for those agencies and dedicate their lives to saving children.

Their honesty in expressing their concerns with me is no small part of the reason I know we have serious problems. Let’s also stipulate that more than 1 or 2 have told me they do not wish to visit with me because they believe they will be fired. I am not saying they are correct in that assertion. Just think about the mindset within the agency that reveals.

Is it Lawful for Child Social Services to Violate the Bill of Rights?

It is an understandable fact that sometimes some police officers become distrustful of almost everyone. When dealing with the worst of society, and protecting the rest of us from it, on a daily basis it can skew your perspective.

So can dealing with terrible things done to children everyday. Recent stories we all know like the 4 year old taken into custody who told the authorities her name was “Idiot” to the more recent baby allegedly punched to death by her father, are sickening just to hear about from the safe distance of a TV set.

But to deal with them up close and personal, tends to affect you. It doesn’t make you a bad person but it does jade you to the possible innocence of those charged. You have seen so many others who claimed to be innocent too.

Someone has to stop this child abuse nightmare. Why take a chance that someone will harm a child again, when you can be sure that child is removed, “just in case”? Of course it happens. We are dealing with human beings here.

Here is the problem. That jaded policeman works out in the public with public records, even a bodycam and dashcam. Everything he/she might say about you will be in open court for the press and everyone else to see.

The DCFS and CACD investigators do not. They insist you have to allow searches without warrants, access to your children without charges, and they make “true findings” without a trial. You not only can’t face your accuser, more often than not, you don’t know who it is.

In other areas, the accused has due process. In these cases, for all practical purposes, you do not. That doesn’t bother most of us for 2 reasons. 1. We don’t know about it. 2. These scumbags who hurt children need to be dealt with.

When the Innocent Suffer

However, when you are innocent, real problems develop. Those of you who have been burglarized know that it is not the “things” they took that does the most harm. It is that they take your peace of mind. The thief shatters your trust in society. Someone did it. Probably someone you know. Likely someone you trust. You begin to live in a new hateful, mind numbing, inner peace destroying reality.

Compared to having your children taken when you are innocent, burglary is a walk in the park. Having a “true finding” is devastating. Finding out that you have no constitutional rights, that the system is “protecting you and your children” with secrecy is maddening.

Dealing with a system (even if not individuals) jaded by the horrors of the guilty, you are one more guilty perp maintaining your innocence. And the only thing the system hates worse than a child abuser is a child abuser who won’t admit it.

No horror movie ever prepared you for this. It obliterates the mirage of what you thought being an American meant. It changes you and scars you forever.

For other crimes, your trial would likely be covered in the press. Reporters would likely interview you if you were willing to tell your story. But not in the secrecy of a child maltreatment or child negligence case. The whole weight and all of the resources of the state come down on you.

Should you think I am over-exaggerating, I can assure you I am not. 89% of the reports to the child abuse hotline come back unfounded. 89% of those investigated, homes searched, children taken from you and interviewed and asked some pretty incredible questions, according to the system itself didn’t do anything wrong. But right at 50% of those who are found “guilty” and appeal the “true findings” are exonerated.

As terrible as that statistic is, it cannot begin to portray months of your children being removed and placed with strangers, months of being supervised by the government when you do have custody, being made to comply with the most inane commands (for an innocent person), going without a job or prospect of one because you were fired for “true findings,” and to top it all off, bankrupting legal fees.

All while being cautioned that if you share anything, these agencies have done to you, you are a wrongdoer.

Not many people have that fortitude.

DCFS’ belief that they can operate in complete secrecy is downright scary. What can be so secret, that DCFS would ask that a state senator be excluded from the courtroom? The law seems to be clear. I have been invited to the exact same courtroom in the past, to view the exact same kind of cases, when the court was interested in my help.

I can’t tell the public what happened there. What is it, that your representatives should not see happening? What makes an agency believe they have that kind of unbridled power?

Let’s not forget that I became involved in investigating DCFS when the agency refused to give me information about a case. The law clearly states, it turns out, that they have to. It is peculiar how they memorize the secrecy parts and not the sharing parts.

If we saw this on the evening news going on in another country, we would for a moment be thankful that our country did not allow secret police that could disrupt our lives without due process. We would be thankful we are Americans.

DHS Judges Have Conflict of Interest

I do not mean to paint the agency leaders in a bad light. They are the well meaning custodians of a system badly in need of reform. When their decisions are overturned they truly believe that the administrative law judges in their words “made a mistake” (50% overturned).

That is especially chilling when you consider that those judges are lawyers that work for the same agency (DHS). While the ALJs seem to do an admirable job, that is a conflict in itself. Can you imagine playing a team in football or basketball and the referees are not just contracted by the home team, they work for the home team everyday?

I have come to believe lately that the agency leaders cannot handle the truth. I can assure you, the thought of hundreds of families being torn apart because of agency mistakes will lead to some sleepless nights.

To be fair, there have been some improvements in the last year and a half. I believe there will be more. But they have not come easily. I have worked with them and believed we had some understandings. But recently it became obvious that they refuse to admit where the real problems are.

How do you testify that you have high turnover, many of your employees are inexperienced and underpaid, are handling too many cases and at the same time want us to believe that these inexperienced, underpaid, overworked folks are making perfect decisions? I would work to help rectify those problems if they admitted the bigger structural problems.

But no, the work they are doing is so important and so secretive, that even 3 legislators officially sitting in a room should not be allowed to discuss it or review it officially. We would evidently not have the same expertise that a new DHS hire right out of college, with no life experience or having every raised a child would have.

However much you want to protect children I hope you can see the problems with that mindset. Why are more people not concerned about the children and families we destroy in the name of protecting children? Who exactly are we protecting by keeping agency mistakes and wrongdoing secret?

There is so much more to be said. I am invited to visit with foster parents and adoptive parents to hear their experiences and horror stories. You might understand why leaders would be skeptical of those that the agency has branded as maltreating children.

Foster parents and adoptive parents however ought to be the salt of the earth vetted by the agency itself to the very highest standards. Would someone tell me why the agency that is so interested in “protecting children” is not hearing their stories?

I truly do not believe that the leaders of this agency can handle the truth.

You may think it may not be as ugly as I paint it. It is certainly much worse than they admit or believe.

Someone must reform this agency in a major way.

Must-read book on the subject: Medical Kidnapping: A Threat to Every Family in America Today

How Smart Dust Could Be Used To Monitor Human Thought Previous post
Trump: Europe is ‘Losing Its Culture’ Because of Immigration Next post