The Billionaires Behind the LGBTQ & Transgender Agenda: George Soros, Peter Buffett, Tim Gill and the Stryker Dynasty Have Donated HUNDREDS of Millions to the Cause

If you’ve ever stopped to wonder just how the LGBT movement, particularly the ‘T’ group, came crashing down on society like a sudden avalanche of sexual anarchy, you’re not alone.

With the Supreme Court decision of Obergefell v. Hodges in 2015, it seems as though the levee burst in America. According to a well-researched article from Jennifer Bilek of First Things, that’s exactly how the billionaires behind the LGBT movement planned it.

In fact, much of the explosion of all things LGBTQ in society in recent years can be traced back to the heirs to a gargantuan medical device fortune, — the Stryker Dynasty — but not without a helping hand from affiliates of George Soros’ Open Society Foundations and assorted wealthy LGBT activists, such as Peter Buffett (son of billionaire Warren Buffett) and megadonor Tim Gill — who funneled no less than half a BILLION dollars to support the agenda.

Bilek juxtaposes the image of homosexuality in the past and present in our society. Until very recently, she notes, “gays and lesbians were underdogs, vastly outnumbered and loosely organized, sometimes subject to discrimination and abuse.

Their story was tragic, their suffering dramatized by AIDS and Rock Hudson, Brokeback Mountain and Matthew Shepard.”

“Today’s movement, however, looks nothing like that band of persecuted outcasts,” Bilek continues. “The LGBT rights agenda — note the addition of ‘T’ — has become a powerful, aggressive force in American society. Its advocates stand at the top of media, academia, the professions, and, most important, Big Business and Big Philanthropy.”

Case in point: Jon Stryker. Jon is the grandson of Homer Stryker, an inventor and orthopedic surgeon who founded the Stryker Corporation, which sold $13.6 billion in surgical supplies and software in 2018 alone. Jon Stryker is the heir to the fortune, and he’s also a homosexual. 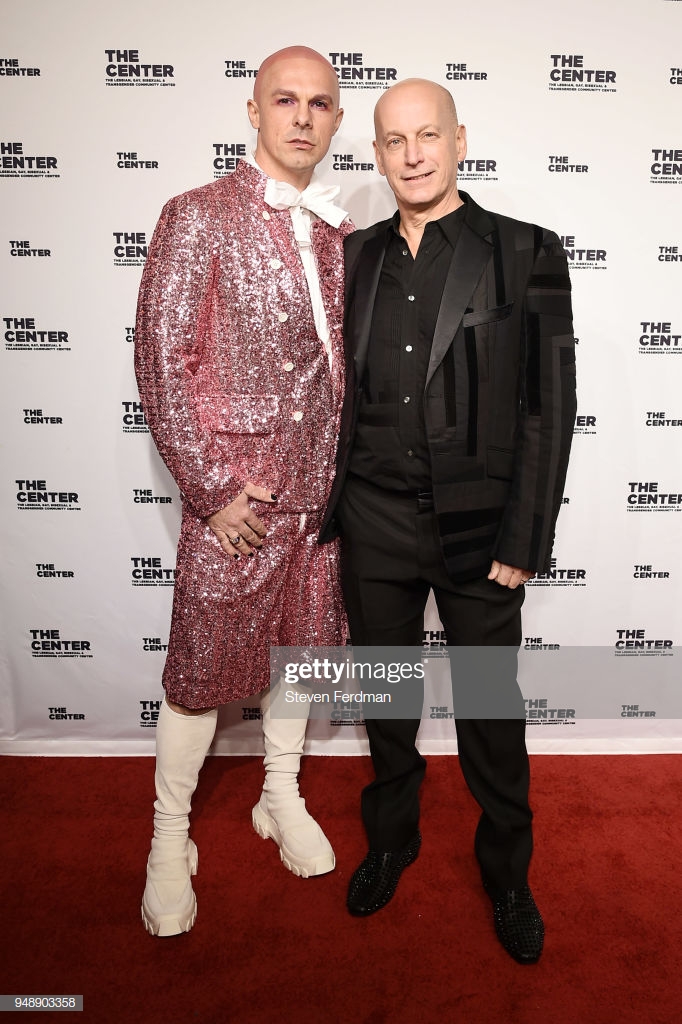 Beginning a lengthy career of pro-LGBT and environmentalist philanthropy, the younger Stryker created the Arcus Foundation, whose mission is “to ensure that LGBT people and our fellow apes thrive in a world where social and environmental justice are a reality.”

Among other causes, Arcus gave more than $58.4 million to pro-LGBT programs between 2007 and 2010 alone. Stryker himself gave over $30 million to Arcus in that three-year period through his inherited stock in Stryker Corporation.

We then follow the thread to Jon’s sister, Ronda Stryker. She is married to William Johnston, chairman of Greenleaf Trust, a wealth management firm where Jon Stryker served as a founding board member. Ronda is also the vice-chair of Spelman College in Atlanta, Georgia, which received a $2 million Arcus grant for a queer studies program. 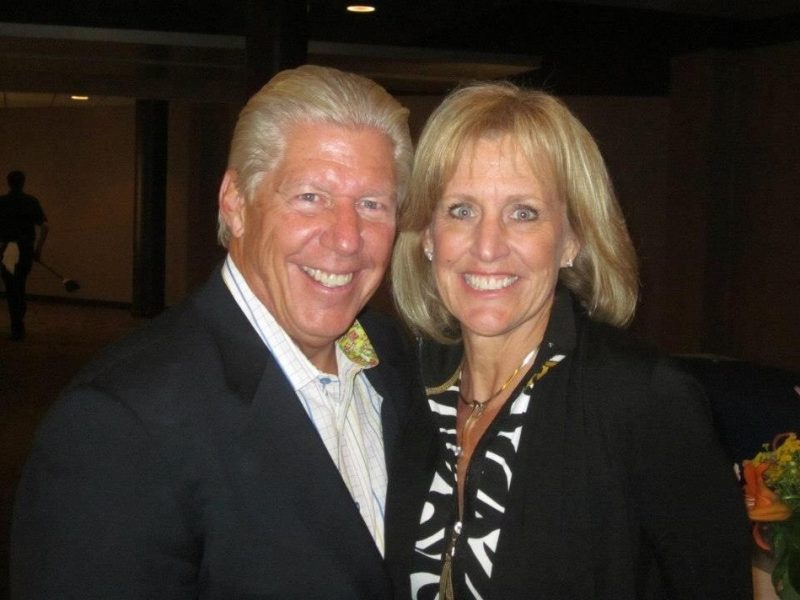 Johnston and Ronda Stryker have given Spelman $30 million overall, the largest gift from living donors in the school’s 137-year history. Ronda is also a trustee of Kalamazoo College, which received a $23 million Arcus social justice leadership grant in 2012, and a member of the Harvard Medical School Board of Fellows.

Bilek also notes that Pat Stryker, another sister of Jon’s, has worked closely with entrepreneur and gay megadonor Tim Gill. In 1999, Gill sold his stakes in Quark, his computer software company, and began the Gill Foundation. 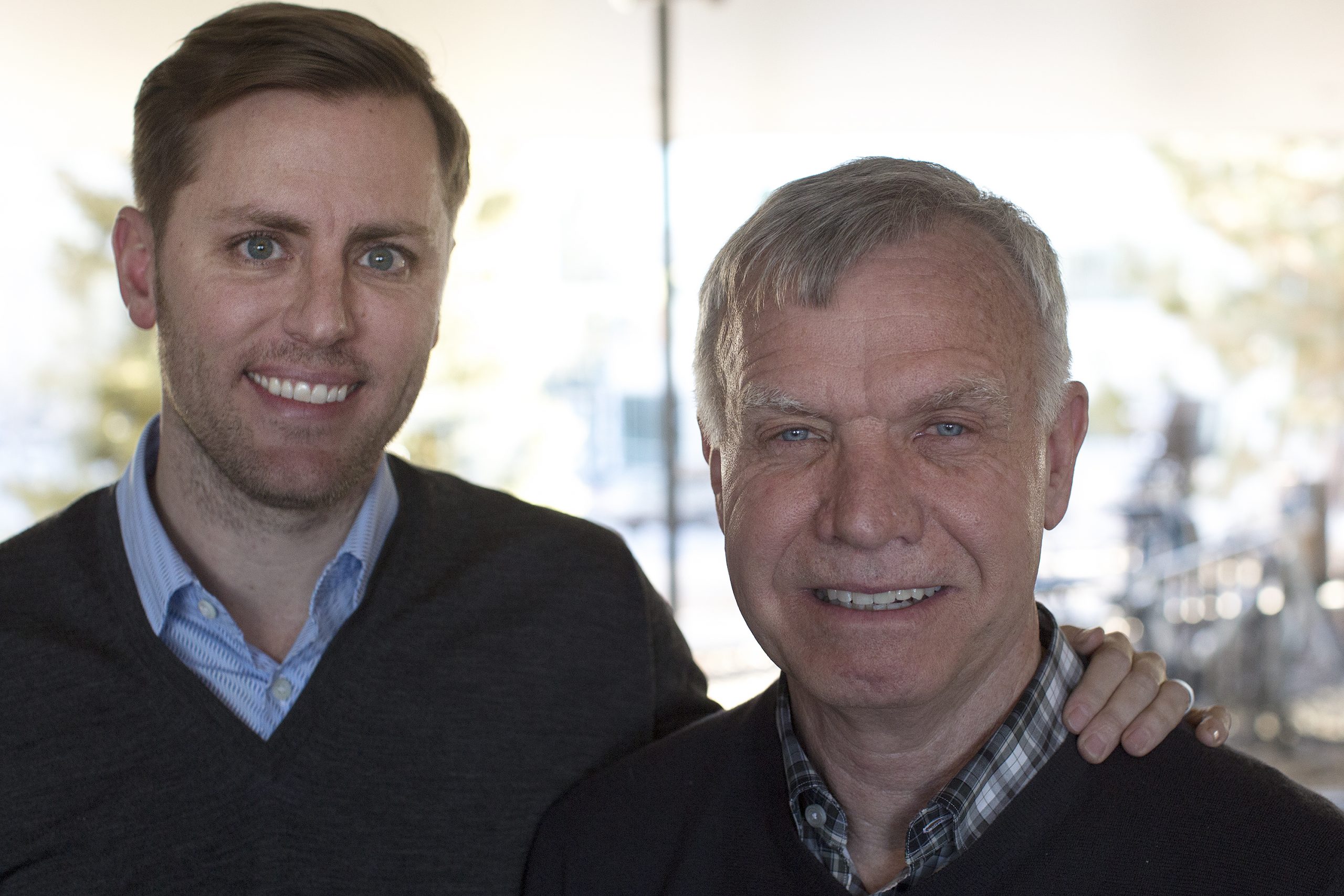 Alongside Pat Stryker and two other wealthy philanthropists, Gill funneled half a billion dollars [HALF A BILLION!!!] into various LGBT “rights” groups and launched a strategy to flip Colorado from a red state to a blue state. It has enjoyed stunning success.

If Tim Gill’s name sounds familiar, it may be due to his infamous statement in a speech at the 2015 GLSEN Respect Awards that he would “punish the wicked,” referring to people like Christian cake artist Jack Phillips. In his speech, he was introducing Jon Stryker, saying that he and Jon have “plotted, schemed, hiked, and skied together,” while “punishing the wicked and rewarding the good.”

Now that we know who the players are, what exactly have they done?

Stryker donated millions to pro-transgender groups both big and small. He sent hundreds of thousands of dollars to ILGA, an LGBT organization for “equality” in Europe and Central Asia, and Transgender Europe, which funds smaller organizations in various countries.

In 2008, Arcus founded the Arcus Operating Foundation to organize conferences, leadership programs, and research. That year in Bellagio, Italy, twenty-nine international leaders attended a meeting of the Foundation and vowed to support LGBT issues through global philanthropy.

In attendance was Michael O’Flaherty, a rapporteur for the 2006 Yogyakarta Principles on the Application of International Human Rights Law in Relation to Sexual Orientation and Gender Identity. The Yogyakarta Principles planted the seeds “to bring in and attach gender-identity ideology to our legal structures,” Bilek explains. 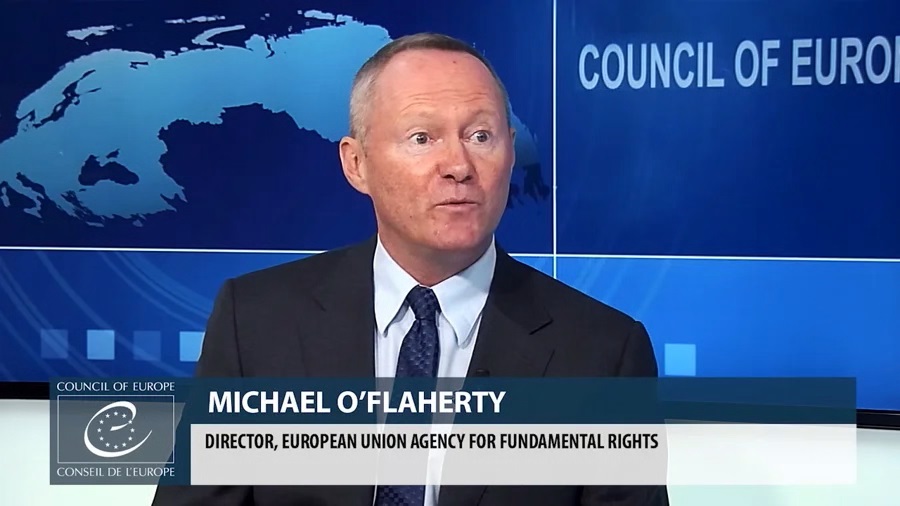 Also at the Bellagio meeting, Bilek points out, Arcus established the LGBT Movement Advancement Project (MAP) to “track the complex system of advocacy and funding that would promote gender identity / transgenderism in the culture.”

From there, these pro-transgender initiatives sink their tendrils into society by training leaders in political activism, leadership, transgender law, religious liberty, education, and civil rights.

The list of such leaders and their Arcus-funded groups, Bilek says, is “daunting,” including the Victory Institute, the Center for American Progress, the ACLU, the Transgender Law Center, Trans Justice Funding Project, OutRight Action International, Human Rights Watch, GATE, Parliamentarians for Global Action (PGA), The Council for Global Equality, the U.N., Amnesty International, and GLSEN.

Perhaps one of the biggest areas in which these groups are working is in public education, especially with regard to the perverse sex education programs being foisted upon children in America and across the globe.

“The Sexuality Information and Education Council of the U.S. (SIECUS), in partnership with Advocates for Youth, Answer, GLSEN, the Human Rights Campaign (HRC) Foundation, and Planned Parenthood Federation of America (PPFA), has initiated a campaign using a rights-based framework to inform approaches in reshaping cultural narratives of sexuality and reproductive health,” Bilek adds. “Sixty-one additional organizations have signed a letter supporting an overhaul of current curriculums.” 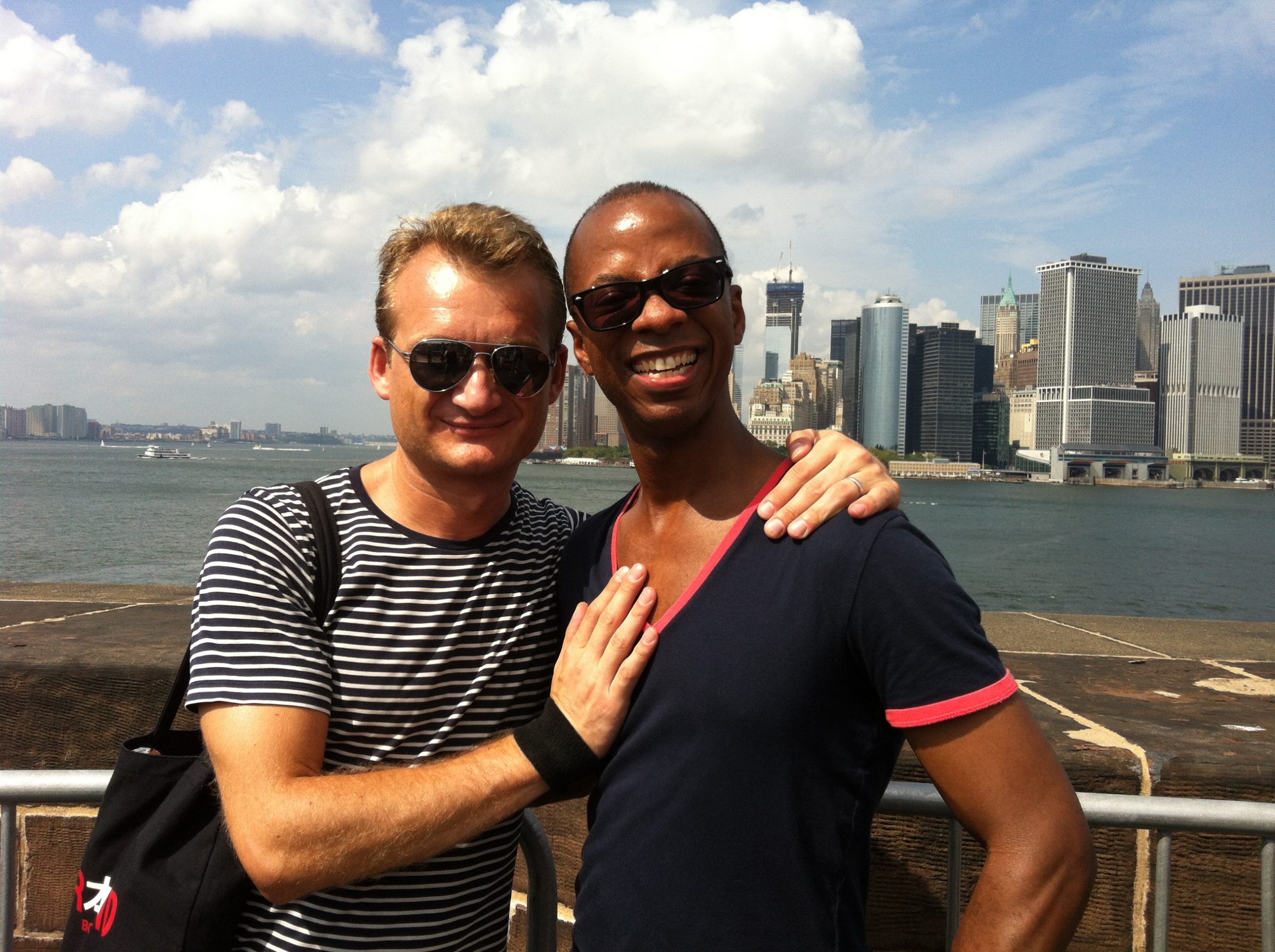 Adrian Coman (left) and his boyfriend

In 2015, Arcus worked closely with and funded pro-transgender programs for NoVo Foundation which was founded by Peter Buffett, son of billionaire Warren Buffett. 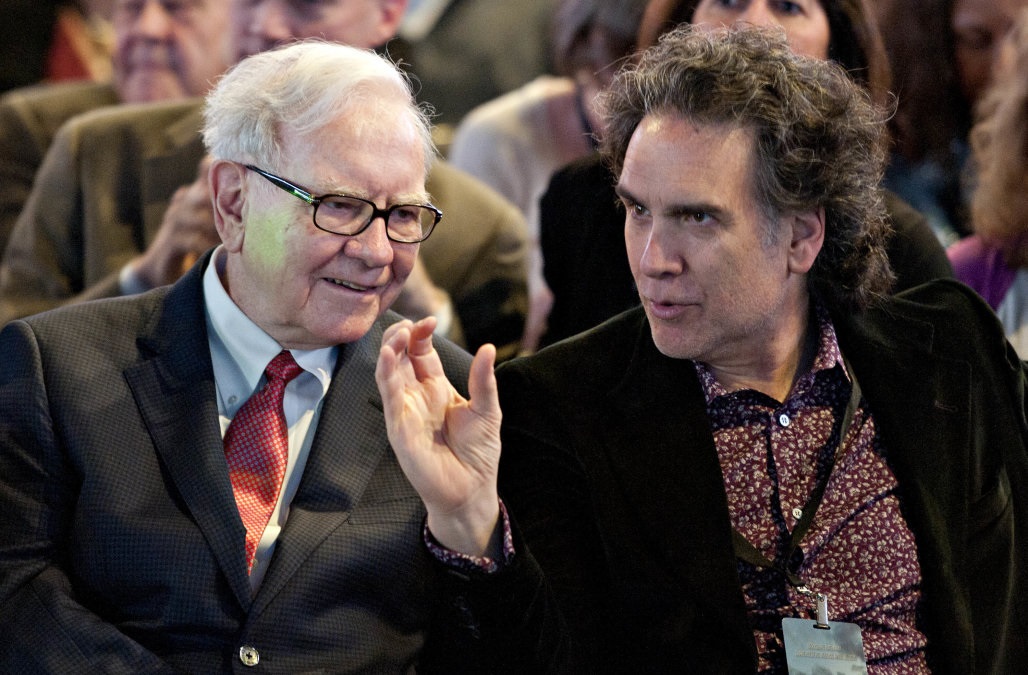 “These programs and initiatives advance gender identity ideology by supporting various faith organizations, sports and cultural associations, police department training and educational programs in grade schools, high schools (GLSEN, whose founder was brought to Arcus in 2012 as board of directors, has influenced many K-12 school curricula), and universities and medical institutions — including the American Psychological Foundation (APF),” Bilek explains.

“Arcus funds help APF (the leading psychology organization in the United States) develop guidelines for establishing trans-affirmative psychological practices. Psychologists are ‘encouraged’ by those monies to modify their understanding of gender, broadening the range of biological reality to include abstract, medical identities.”

This intricate web of massively wealthy donors may very well be the primary reason for homosexuality and transgenderism being so rapidly accepted and embraced by the “enlightened” of society in spite of stark warnings from endocrinologists like Dr. Michael Laidlaw who point to stacks of evidence that gender theory and “transitioning” poses immense danger to children, or psychologists like Ray Blanchard who point out that the vast majority of gender dysphoric children revert to their biological gender if allowed to naturally experience puberty.

These treatments don’t grow on trees, in fact they cost quite a pretty penny.

Through their pervasive pro-transgender “philanthropy,” Stryker and company have sparked an epidemic of transgenderism, arguably a virulent, “socially contagious” mental illness. This epidemic cries out for puberty blockers, cross-sex hormones, and all manner of surgeries to force the body to match the mind.

The medical community stands to benefit to an obscene degree from the wholesale mutilation of these children, and, in turn, they turn around and support the very organizations pumping the world full of pro-transgender dogma.

These wicked people have billions of dollars at their disposal to advance their sick agenda. We, however, have something much more valuable on our side. We have the truth. Never forget that, and never stop fighting!

David Icke is exposing the transgender agenda in the following interview: