Facebook has continually denied that it participates in the practice of shadow banning — a method of blocking a users’ posts or comments from everyone except the user who made the post or comment.

But a newly granted patent shows that Facebook not only does practice shadow banning, but wants to protect — by patent — the method it uses for doing so.

Despite the fact that Facebook executives denied the practice in congressional testimony in April, the company was awarded a patent by the U.S. Patent and Trademark Office (USPTO) earlier this month for an automated system that would “receive a list of proscribed content and block comments containing the proscribed content by reducing the distribution of those comments to other viewing users” while continuing to “display the blocked content to the commenting user such that the commenting user is not made aware that his or her comment was blocked.” 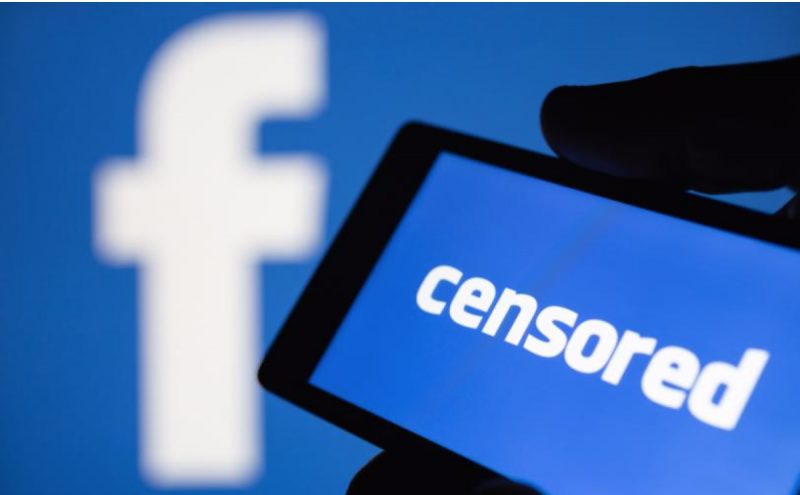 A better definition of shadow banning would be hard to write.

And since Facebook would use the patented system to shadow ban “proscribed” (read: banned) content, one can safely assume that would include political speech deemed unacceptable by the social-media behemoth.

After all, Facebook recently slapped down a post by this magazine’s parent organization, The John Birch Society as “hate speech.” That post consisted of the cover of the July 8 issue of the print edition of The New American. That cover showed a real picture of an illegal border crossing and carried the caption, “Immigrant Invasion.”

Though nothing in that post, the picture, or the associated article could be construed as “hate speech,” Facebook took the post down and penalized JBS with a 30-day ban on monetizing posted videos via ad breaks.

With a newly patented automatic system for shadow banning anything “proscribed” by Facebook, the company would have no trouble pressing the digital mute button on JBS or any other user whose posts run counter to accepted liberal norms.

Following a string of accusations and allegations of shadow banning conservative users — including undercover videos released by Project Veritas showing Twitter employees admitting to the practice — Facebook and Twitter executives were called in April to answer before Congress about the practice.

The representative of Twitter who appeared before the Senate committee investigating the practice said, “At no point, sir, is a person’s followers unable to find what that person has tweeted.” And Facebook’s public policy director told the Senate panel, “I would like to state unequivocally that Facebook does not favor one political viewpoint over another, nor does Facebook suppress conservative speech.”

And while reams of evidence — including an investigative report by the left-leaning Vice magazine and the Project Veritas videos [as well as this experiment from Turtleboy] — indicated to anyone paying attention that Facebook and Twitter do indeed practice shadow banning, there has never been any solid proof until a couple weeks ago.

After all, the patent — which was made public July 16, when it was issued — shows that Facebook applied for the patent in 2015 — years before being accused of and denying the very practice this patent describes.

This certainly makes it appear that Facebook’s representative lied to Congress when he denied that Facebook shadow bans conservatives. Of course, now that the patent has been issued and made public, Facebook will have considerable more difficulty denying it next time.