Hungarian PM: “It’s Forbidden to Say So in Europe, but Migration is an Organised Invasion”

Hungarian Prime Minister Viktor Orbán – the only head of state in Europe who’s been willing to take any real action to stop the ongoing migrant invasion of Europe – on Thursday spoke of the mounting migratory pressure on Hungary’s southern border.

Following a routine inspection of Hungary’s border fence with his Slovak counterpart, Peter Pellegrini, Orbán said that Hungarian authorities have started to prepare for an expected increase in the number of organized migrant caravans attempting to enter the country illegally as the weather improves, Remix News reports.

During an impromptu press conference, Prime Minister Orbán took the opportunity to express his gratitude for Slovakia’s support, saying: “This is hard work which we would have a hard time doing without help and our allies. 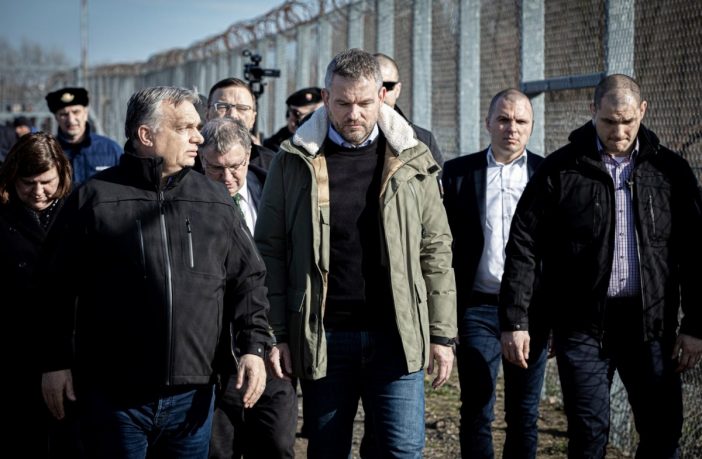 Orbán also took the opportunity to slam the lying, international press for broadcasting a grossly distorted image of the ongoing migration crisis which simply does not correspond to objective reality, arguing that 95 percent of newly arrived migrants are military-aged men.

“It’s forbidden to say so in Europe, but this is an organized invasion,” Orbán said.

So far this year, more than 5,000 migrants have attempted to enter Hungary illegally, with many of them showing up in large organized caravans.

The Hungarian Prime Minister has argued that the migrants are being supported by organizations that claim to be ‘humanitarian’ NGOs but which operate like people smuggling groups. These organizations have substantial financial resources and noteworthy logistical capabilities, Orbán added.

Orbán also mentioned that the Hungarian secret service was closely monitoring the situation, and from the intel that they’ve acquired it’s clear that the illegal migration is being assisted by “half-human trafficking organizations calling themselves NGOs”.

Earlier in the month, Hungarian border police managed to push back a group of 71 migrant invaders who stormed a vulnerable section of border fencing along Hungarian-Serbian.

📹 In case you missed it: Here’s the VIDEO of the violent mob storming the Hungarian border crossing yesterday morning. BLOG: https://t.co/Ns370Bv5z0 pic.twitter.com/LcMUQPXQwE

Last week, Voice of Europe reported that Serbian police bused 500 to 700 illegal migrants from Africa and the Middle East back to asylum centers in Serbia after they had amassed at the Hungarian border.