Inside Nikola Tesla’s Mind & His Most Profound Observations

1. The scientists of today think deeply instead of clearly. One must be sane to think clearly, but one can think deeply and be quite insane. Radio Power Will Revolutionize the World in Modern Mechanics and Inventions (July 1934)

2. I do not think there is any thrill that can go through the human heart like that felt by the inventor as he sees some creation of the brain unfolding to success… such emotions make a man forget food, sleep, friends, love, everything. In Cleveland Moffitt, “A Talk With Tesla”, Atlanta Constitution (7 Jun 1896)

3. The day science begins to study non-physical phenomena, it will make more progress in one decade than in all the previous centuries of its existence. Unknown source 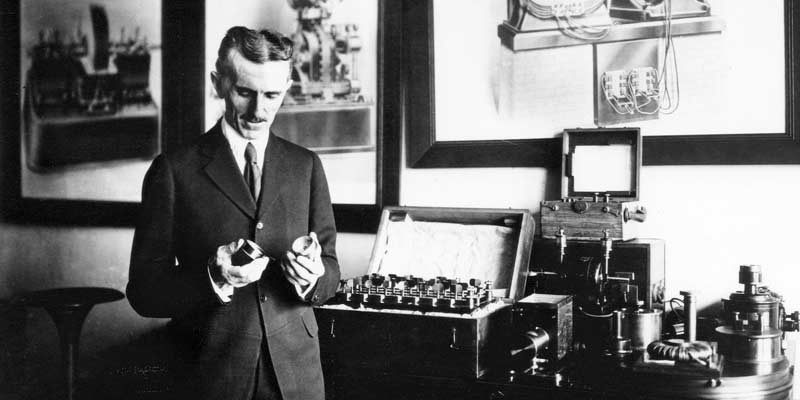 4. Today’s scientists have substituted mathematics for experiments, and they wander off through equation after equation, and eventually build a structure which has no relation to reality. Radio Power Will Revolutionize the World in Modern Mechanics and Inventions (July 1934)

5. The scientific man does not aim at an immediate result. He does not expect that his advanced ideas will be readily taken up. His work is like that of the planter — for the future. His duty is to lay the foundation for those who are to come, and point the way. He lives and labors and hopes. The Problem of Increasing Human Energy (The Century Magazine, June, 1900)

6. Throughout space there is energy. Is this energy static or kinetic! If static our hopes are in vain; if kinetic — and this we know it is, for certain — then it is a mere question of time when men will succeed in attaching their machinery to the very wheelwork of nature. Experiments With Alternate Currents Of High Potential And High Frequency (February 1892)

7. Every living being is an engine geared to the wheelwork of the universe. Though seemingly affected only by its immediate surrounding, the sphere of external influence extends to infinite distance. (Did the War Cause the Italian Earthquake) New York American, February 7, 1915

8. This planet, with all its appalling immensity, is to electric currents virtually no more than a small metal ball. The Transmission of Electrical Energy Without Wires (Electrical World & Engineer, March 5, 1904)

9. Though free to think and act, we are held together, like the stars in the firmament, with ties inseparable. These ties cannot be seen, but we can feel them. The Problem of Increasing Human Energy in Century Illustrated Magazine (June 1900)

10. In the twenty-first century, the robot will take the place which slave labor occupied in ancient civilization. A Machine to End War, Liberty, February, 1937

11. The spread of civilization may be likened to a fire; first, a feeble spark, next a flickering flame, then a mighty blaze, ever increasing in speed and power. What Science May Achieve This Year, Denver Rocky Mountain News, January 16th, 1910

12. Our senses enable us to perceive only a minute portion of the outside world. The Transmission of Electrical Energy Without Wires as a Means for Furthering Peace in Electrical World and Engineer (January 7, 1905)

13. Our virtues and our failings are inseparable, like force and matter. When they separate, man is no more. The Problem of Increasing Human Energy, in Century Illustrated Magazine (June 1900)

15. Money does not represent such a value as men have placed upon it. All my money has been invested into experiments with which I have made new discoveries enabling mankind to have a little easier life. A Visit to Nikola Tesla, by Dragislav L. Petkoviæ in Politika (April 1927) 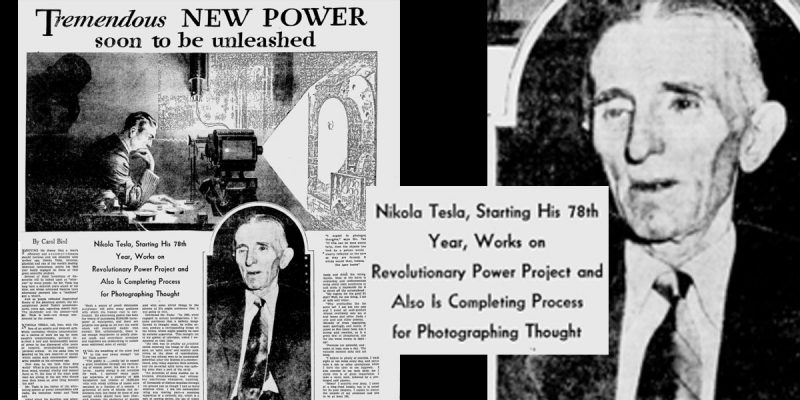 16. Of all the frictional resistances, the one that most retards human movement is ignorance, what Buddha called ‘the greatest evil in the world’. The Problem of Increasing Human Energy, in Century Illustrated Magazine (June 1900)

17. Instinct is something which transcends knowledge. We have, undoubtedly, certain finer fibers that enable us to perceive truths when logical deduction, or any other willful effort of the brain, is futile. My Inventions, in Electrical Experimenter magazine (1919)

18. It is paradoxical, yet true, to say, that the more we know, the more ignorant we become in the absolute sense, for it is only through enlightenment that we become conscious of our limitations. Precisely one of the most gratifying results of intellectual evolution is the continuous opening up of new and greater prospects. The Wonder World To Be Created By Electricity, Manufacturer’s Record, September 9, 1915

19. The individual is ephemeral, races and nations come and pass away, but man remains. Therein lies the profound difference between the individual and the whole. The Problem of Increasing Human Energy, in Century Illustrated Magazine (June 1900)

20. Invention is the most important product of man’s creative brain. The ultimate purpose is the complete mastery of mind over the material world, the harnessing of human nature to human needs. My Inventions, in Electrical Experimenter magazine (1919)

21. The progressive development of man is vitally dependent on invention. My Inventions, in Electrical Experimenter magazine (1919)

22. Be alone, that is the secret of invention; be alone, that is when ideas are born. American Genesis: A Century of Invention and Technological Enthusiasm, 1870-1970 by Thomas P. Hughes (2004)

23. Life is and will ever remain an equation incapable of solution, but it contains certain known factors. A Machine to End War, Liberty, February, 1937

24. The desire that guides me in all I do is the desire to harness the forces of nature to the service of mankind. Radio Power Will Revolutionize the World (Modern Mechanix & Inventions, July, 1934)

25. Peace can only come as a natural consequence of universal enlightenment. My Inventions, in Electrical Experimenter magazine (1919)

26. Fights between individuals, as well as governments and nations, invariably result from misunderstandings in the broadest interpretation of this term. Misunderstandings are always caused by the inability of appreciating one another’s point of view. The Transmission of Electrical Energy Without Wires as a Means for Furthering Peace, in Electrical World and Engineer (January 7, 1905)

28. What one man calls God, another calls the laws of physics. Unknown source

29. The last 29 days of the month are the toughest! My Inventions, in Electrical Experimenter magazine (1919)

30. We crave for new sensations but soon become indifferent to them. The wonders of yesterday are today common occurrences. My Inventions, in Electrical Experimenter magazine (1919)

31. Let the future tell the truth, and evaluate each one according to his work and accomplishments. The present is theirs; the future, for which I have really worked, is mine. A Visit to Nikola Tesla, by Dragislav L. Petkoviæ in Politika (April 1927)