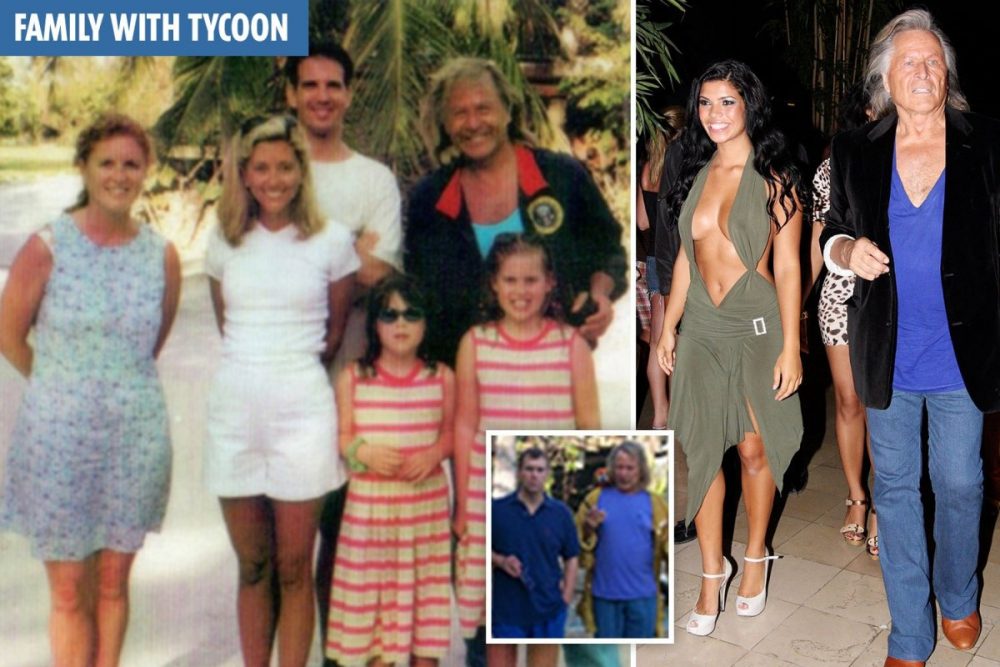 Canadian clothing tycoon billionaire, Peter Nygard, 77, has been accused of luring at least 10 young teenagers to his mansion in the Bahamas under the guise that he would help them with their modelling careers.

A lawsuit filed in the Southern District of New York claimed that Nygard plied his subjects with alcohol and drugs before they were violently assaulted, raped and sodomized.

The case could prove embarrassing for Prince Andrew – who once stayed at Nygard’s mansion – linking him to another high profile billionaire accused of sexual abusing young women. 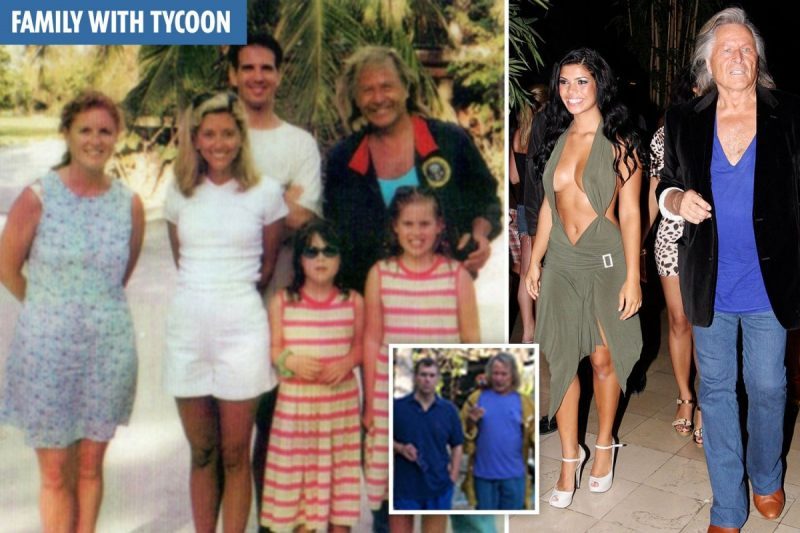 Sarah Ferguson, Duchess of York is pictured along with Peter Nygard at his compound along with Princess Marie-Chantal & Prince Pavious of Greece and the Duchess’s daughters, Princess’ Eugenie & Beatrice. It’s thought the picture was taken around 1997

The Duke of York has already faced intense scrutiny for his relationship with paedophile Jeffrey Epstein.

In the latest case, the teenagers have launched a class action lawsuit in Manhattan federal court, claiming to have been a part of what was essentially a ‘sex trafficking ring.’

The suit alleges the girls would be entertained at so-called ‘pamper parties’ where Nygard would have bartenders at his Mayan-themed vacation home spike their drinks with the ‘date-rape drug’, known as Rohypnol.

Nygard’s staff were instructed to find young women for the weekly parties, the lawsuit claims.

As guests arrived and checked-in, their details would be placed into a database with the photos sent to Nygard to look over.

‘Nygard would then use this information to select his potential victims for the night,’ the suit states.

The lawsuit details how one of the victims who was 15-years-old at the time had been taken to Lyford Cay, Nygard’s estate, which was once featured on the TV show Lifestyles of the Rich and Famous.

During the evening, Nygard allegedly tried to anally sodomize her before raping her and then asking her to defecate and urinate in his mouth in a bizarre sexual fetish known as Coprophilia.

Another of complainants tells how her encounter with Nygard began with him showing her pornography.

Nygard then asked her to use a sex toy on him and when it ended, he raped her, ‘causing her extraordinary trauma and pain.’

Ten women in total, now aged between 18 to 36, have detailed their alleged encounters.

Nine of the women are from the Bahamas while one is from the United States, although none have had their names revealed in the suit.

Three of the women were 14-years-old at the time of the alleged rapes which took place between 2008 and 2015, while three others were 15. All appear to share commonalities.

While Nygard has been accused of sexual misconduct and rape in the past, these new complaints goes further in alleging that he was able to escape punishment by ‘resorting to violence, intimidation, bribery, and payoffs’ to silence his alleged victims,’ according to the suit.

When suspicions were raised by local authorities in the Bahamas, it’s alleged Nygard would get away with such behavior by offering everyone from cops to government officials bribes for them to turn a blind eye.

It also alleges Nygard ‘initiated a scheme to purchase police protection and political cover in the Bahamas by making regular payments of tens of thousands of dollars to law enforcement, government officials, regulators and even to a former cabinet minister who became the prime minister of the Bahamas.’

The suit goes on to state how Nygard ’employed a network of company employees under his direction’ who would lure victims to his place, especially ‘young, vulnerable and impoverished Bahamian girls,’ the suit alleges.

It further claims ‘Nygard also paid people, using Nygard Company money, to intimidate his former ‘girlfriends’ by slashing their tires, committing arson, paying police to threaten to arrest them and by having them followed.’

‘The Nygard Companies fund all of Nygard’s ‘pamper parties’ by transferring cash from the company’s bank account in Canada and routing it through New York,’ the lawsuit says.

‘Nygard’s destruction of innocent lives is immeasurable,’ it declares.

‘When Nygard became aware of the investigation into his sex trafficking ring, he resorted to tactics of violence, intimidation, bribery and payoffs to attempt to silence the victims and to continue his scheme.’

The suit alleges that women were moved around between the properties by private jet and that Nygard broke U.S. laws under the Trafficking Victims Protection Act in the process.

‘The facts detailed in the complaint come from years of investigation. After hearing these tragic stories, we were compelled to act,’ said Greg Gutzler, a New York lawyer.

‘We know many others were afraid to come forward initially and hope that this lawsuit will pave the way for them to also seek justice,’Mr. Gutzler said in a press release.

‘The facts in this case represent the tip of the iceberg of an international sex trafficking ring that ends today.’

Although there is a 10-year statute of limitations for cases like such as this under New York law. the lawsuit requests the scope be extended because the complainants ‘were impeded because of a combination of force, threats of force, shame, embarrassment, fear, political and law enforcement corruption, weak laws that are rarely enforced to protect the victim and bribery.’

A spokesperson for Nygard told the New York Post that the lawsuit was ‘the latest in a 10+ year string of attempts to try to destroy the reputation of a man through false statements.’

‘The allegations are completely false, without foundation and are vigorously denied,’ Ken Frydman said in a statement.

‘Peter Nygard looks forward to fully exposing this scam and once and for all clearing his name.’

Jay Prober, a lawyer in Winnipeg representing Nygard, told the Globe & Mail the accusations in the class action suit were false.

Nygard has had a home on a peninsula in the Bahamian capital Nassau since the 1980s.

The self-styled playboy and eccentric owner of Nygard International, has an estimated fortune just shy of $1billion, and has lived in the exclusive Lyford Cay community on the island since 1987.

His famous 150,000-square-foot beachfront mansion, dubbed ‘Nygard Cay’, is designed in the style of a Mayan temple, and features a 32,000-square-foot grand hall with a 100,000lb glass ceiling. 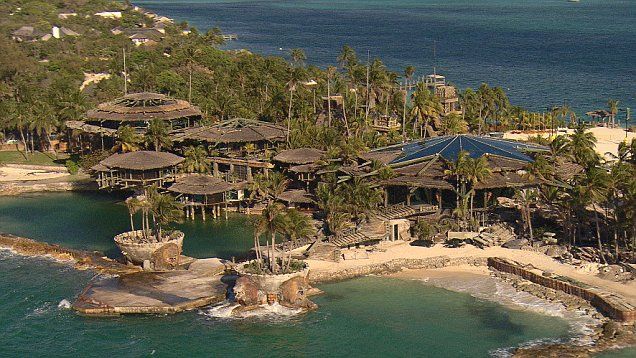 Prince Andrew is believed to have stopped over at the sprawling Mayan-style property that includes 12 themed cabanas, an aquarium, helipad and casino with his ex-wife Sarah Ferguson around June 2000, although there is no evidence to suggest the Prince knew anything about Nygards alleged activities.

The eighth-in-line to the throne was one of many famous names – including Michael Jackson and former President George H.W. Bush – that came to the home of the designer who has been described as the Hugh Hefner of Canada. 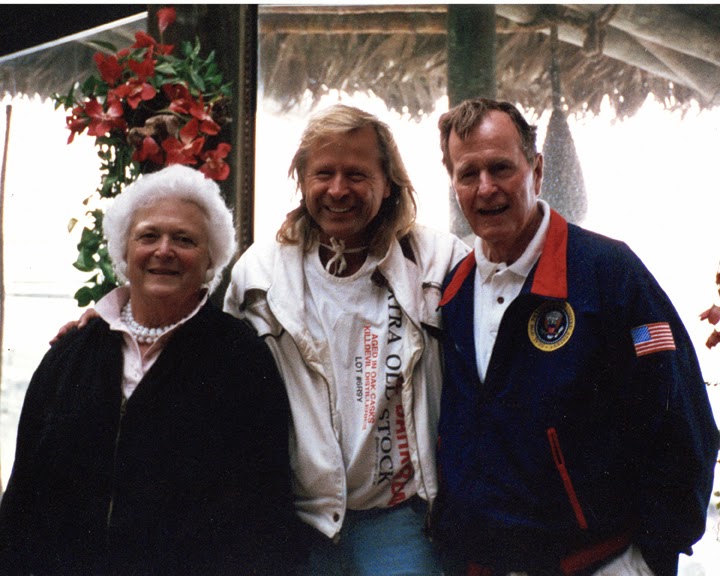 The Finnish-born mogul’s sprawling home lies on 4.5 acres of land on the peninsula of Lyford Cay on New Providence, the most populous island in The Bahamas.

He purchased the land in 1987 and transformed it into a Mayan-style resort where he entertained a whole host of A-listers and political elites, including Oprah Winfrey (read) and Robert De Niro. 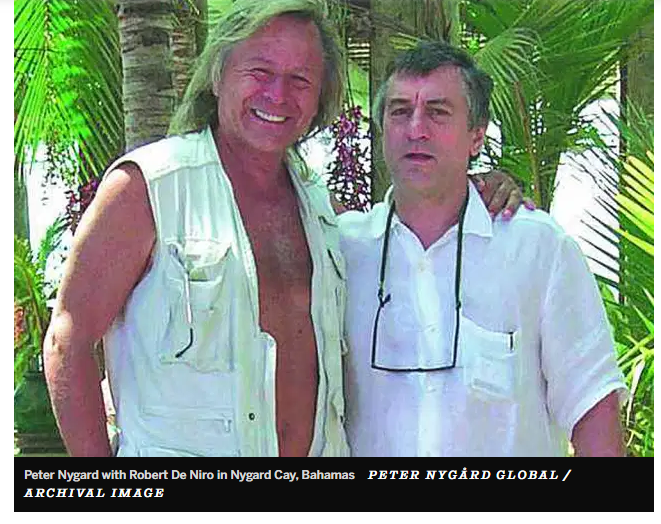 He received a business degree from the University of North Dakota and went into the clothing business.

He currently owns a major company which produces clothing under ten brand names, and sells in major department stores in Canada and the United States.