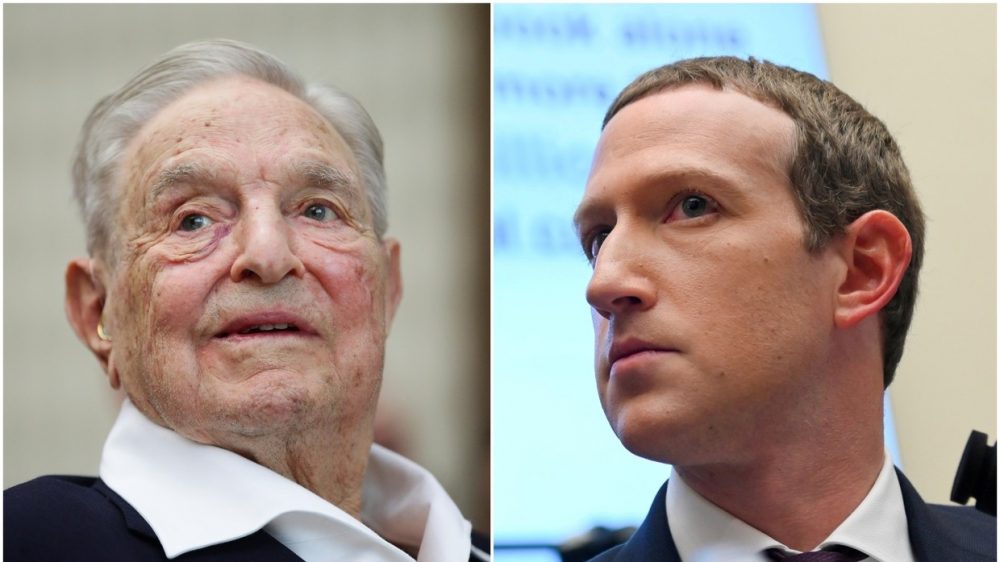 Billionaire speculator George Soros has called for Facebook CEO Mark Zuckerberg and his COO to be deposed, accusing them of seeking to “maximize profits” without regard for consequences, in perhaps the most ironic attack ever.

While his detractors might have used those exact words to describe the financier’s own “guiding principle,” Soros meant it as a scathing condemnation.

“One way or another, they should not be left in control of Facebook.”

George Soros has threatened Facebook in the past: “Their Days Are Numbered” 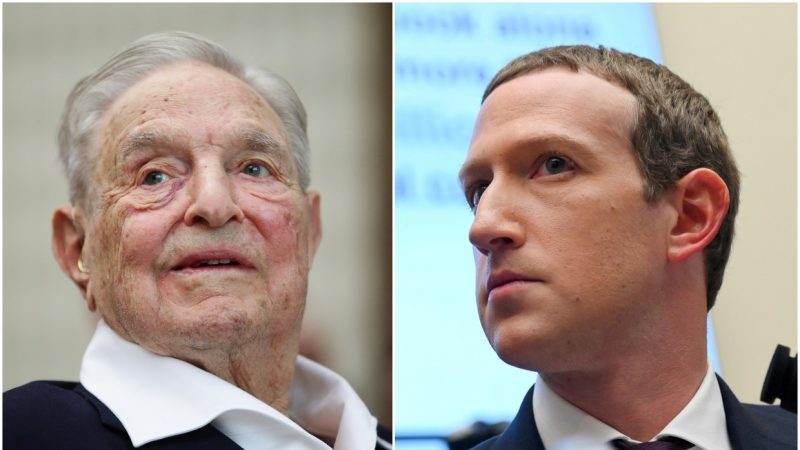 Lest one think he’s merely referring to users who circulate viral hoaxes, the iron-fisted philanthropist made it clear he had set his sights on Section 230, the now-well-known US law that protects social media platforms from liability for content their users post.

Facebook, he said, should be treated as a publisher, not a platform, and “held accountable for the content that appears on its site.”

Accusing the Menlo Park behemoth of maintaining an “informal mutual assistance operation or agreement” with US President Donald Trump “in which Facebook will help President Trump to get reelected and Trump will, in turn, defend Facebook against attacks from regulators and the media,” Soros sounded for all the world like one of the ‘conspiracy theorists’ that the fact-checking NGOs he funds have tried to muscle off Facebook.

Soros’s denunciations of what he insisted was pro-Trump bias on the platform – first voiced last week at the World Economic Forum in Davos – echoed the laments of prominent Democratic politicians.

No surprise, given that he’d already poured $5.1 million into the party’s coffers by August 2019.

Hillary Clinton, who blamed her failed 2016 candidacy on Facebook’s spread of so-called “Russian disinformation,” among other culprits, joined the parade of politicians dumping on the platform earlier this month, calling out the “authoritarian” Zuckerberg for refusing to fact-check political ads.

Elizabeth Warren, who has promised to “break up Big Tech” – after censoring it within an inch of its life – claimed all the way back in October that Zuckerberg had changed the platform’s policy on political ads only after a meeting with Trump.

Facebook executives have repeatedly denied any such collusion, but Soros, citing Trump’s 2020 campaign manager’s claim that Facebook had “given him the edge” in 2016, implied the platform had been working hand-in-glove with the presidency ever since then.

“This seems to have marked the beginning of a special relationship,” he seethed, pointing to a September meeting between Trump and Zuckerberg as further proof something nefarious was going on behind the scenes.

Soros has been targeting Facebook since 2018, when he denounced the platform – along with Google – as a “menace” to society, claiming it was deliberately addicting users to its dopamine-spiked landscape, timing his sale and purchase of stock in the company to take advantage of the reaction to his public condemnations.

When Facebook retaliated by hiring a PR firm to attack the billionaire, he brought out the big guns, demanding Congress regulate the social media behemoth.

Apparently, Facebook bestowing responsibility for fact-checking user-generated content on an organization backed by Soros and his fellow “liberal interventionists” was apparently not sufficient penance.

Soros dismissed the Facebook executives’ claims that they were “trying to make the world a better place,” insisting the platform be “judged by what it does, not what it says.”

However, one might say the same of the speculator once dubbed “the man who broke the Bank of England” – a man who has sent entire countries’ economies into free-fall in order to collect billions of dollars shorting their currency, and funneled those billions into fomenting ‘color revolutions‘ through a network of scores of benign-sounding NGOs, all while paying lip service to the ideas of “democracy” and “open societies.”

Fearing that “with Facebook’s help, Mr. Trump will win the 2020 election,” Soros has played the last card he has: demanding the exit of Zuckerberg and Sandberg, “one way or another.”

The vague not-quite-an-order carries a whiff of a threat, given the man making it is considered one of the most influential figures in US and European politics – who has repeatedly shown that he won’t let morality get in the way of a big payday.