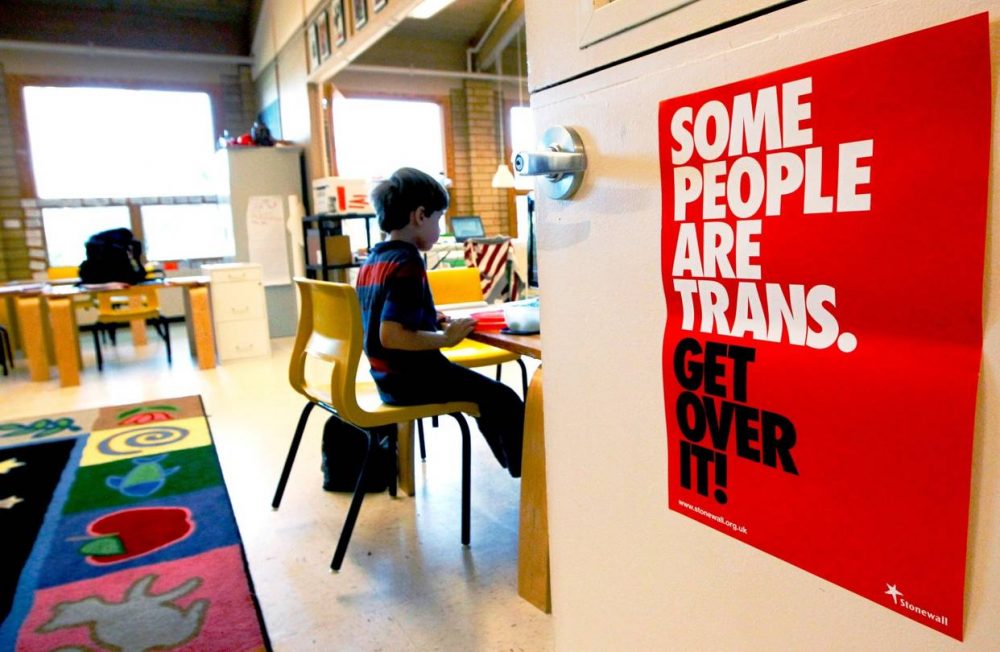 A government school in California is under fire from parents and children after a 7th grade “English” teacher forced young students, mostly about 13-years old, to do a “Literary Analysis” on a story about a “transgender” make-up artist and his so-called “transition.”

The controversial assignment, which was still online on the school district’s website as this was being written, instructs students to “define Transitioning as used in the text.” Students are also told to contemplate why the make-up artist decided to share his “gender identity.”

The assignment is based on recent news reports surrounding make-up artist “Nikki De Jager,” a self-styled “transgender” make-up artist with millions of YouTube fans. In January, De Jager revealed to his fans that he was actually a male impersonating a female. 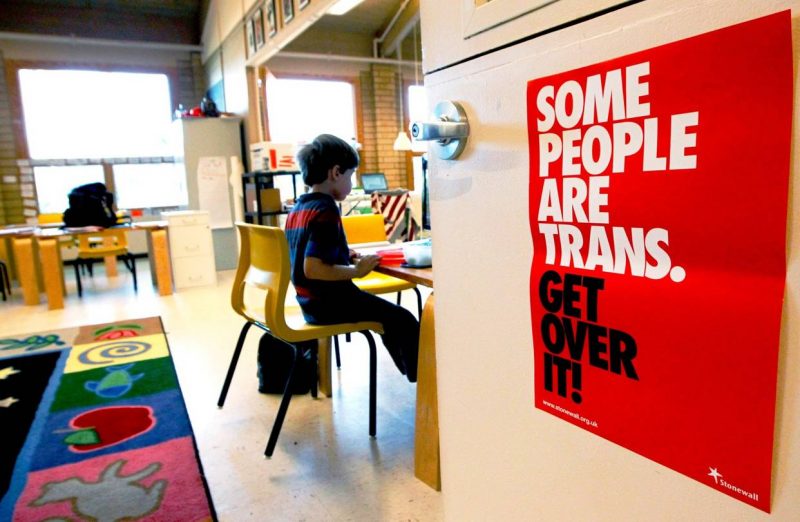 A sign reading “Some people are trans. Get over it!” displayed in a classroom in 2016.

“It feels good to finally do it. It is time to let go and be truly free,” De Jager said in the video, adding that he has “thought” he was a girl since he was little. “When I was younger, I was born in the wrong body — which means that I am transgender.”

The assignment, created by an English teacher at Lyle Briggs Fundamental School in Chino, California, also showers praise on the Netherlands.

Describing it as “a global leader on LGBTQ rights,” the paper given to students celebrates the fact that it was the first to allow “transgenders” to serve in the military and to invent a so-called homosexual marriage.

“To identify as transgender means that one’s gender identity does not match the sex they were assigned at birth,” the assignment instructs students, as if this were an established fact rather than a highly controversial statement that until a few years ago would have been regarded as madness by virtually everyone on the planet.

Some California districts, such as those in Orange County, have even started developing “Transition Plans” to help students get on hormones and prepare to surgically mutilate their genitals — all without the knowledge or consent of parents. For a while, documents on this were online at the district’s website.

Parents and advocates for children expressed outrage over the homework.

“California needs to wake up and realize that the California Teachers Association has been planting sleeper cells in our classrooms to push their radical agenda to indoctrinate our children,” said Stephanie Yates, founder of the grassroots powerhouse Informed Parents of California, calling the CTA “anti-family” and “anti-child.”

“They are endangering our children,” she said in comments to The Newman Report about the transgender make-up artist assignment and the broader assault on children, families, and common sense taking place in government schools. “Parents have been wondering what is going on with their kids for decades and now we know.”

Yates also called for more dramatic action in protecting children from this.

“We, parents say that we would do anything for our children,” she said. “It’s time to put our money where our mouth is. Are we willing to sacrifice to protect our kids or just give lip service? It’s time to pull our kids out of public schools!”

Informed Parents of California and Alliance to Protect Children have been working the last two years to inform, equip and activate parents across California, she continued.

The goal is to “raise up an army in every single school district in California and stand united together as we stop at nothing to protect our kids,” Yates concluded, adding that new groups of Informed Parents were growing all over America.

The transgender homework assignment is just the tip of an enormous iceberg of perversion that will sink America like the Titanic. Across California and the nation, public schools and even some private ones are sexualizing and indoctrinating children with obscene propaganda that would have been prosecuted just a few years ago. This criminal madness must end — now.