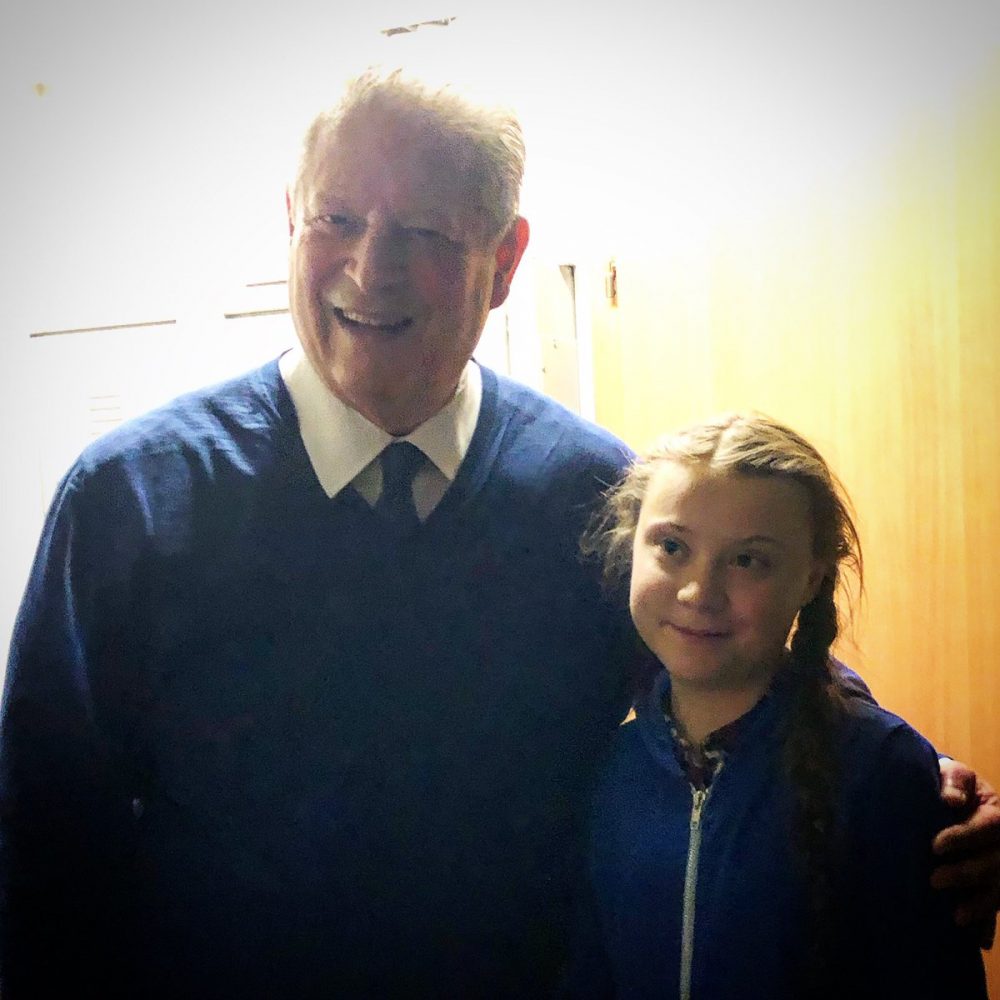 MADRID — For a global-warming conference, it sure was cold outside. Really cold. One day it even dropped below freezing, which is colder than normal for Madrid at this time of year.

But at least it wasn’t snowing like it was at the last United Nations “climate change” summit in Poland, where children made snowmen and pelted grown-ups with snowballs after Al Gore landed.

Apparently it was another episode of the infamous “Gore Effect” — a mysterious weather phenomenon where snowfall tends to follow Gore around the globe when he goes to preach about alleged man-made warming.

And it wasn’t just the weather that didn’t cooperate. Not only were no new radical policies adopted, thanks mostly to President Trump standing in the way like a brick wall, but the summit to save the planet and fix the weather had to be moved from one locale to another because of anti-global-warming sentiment. 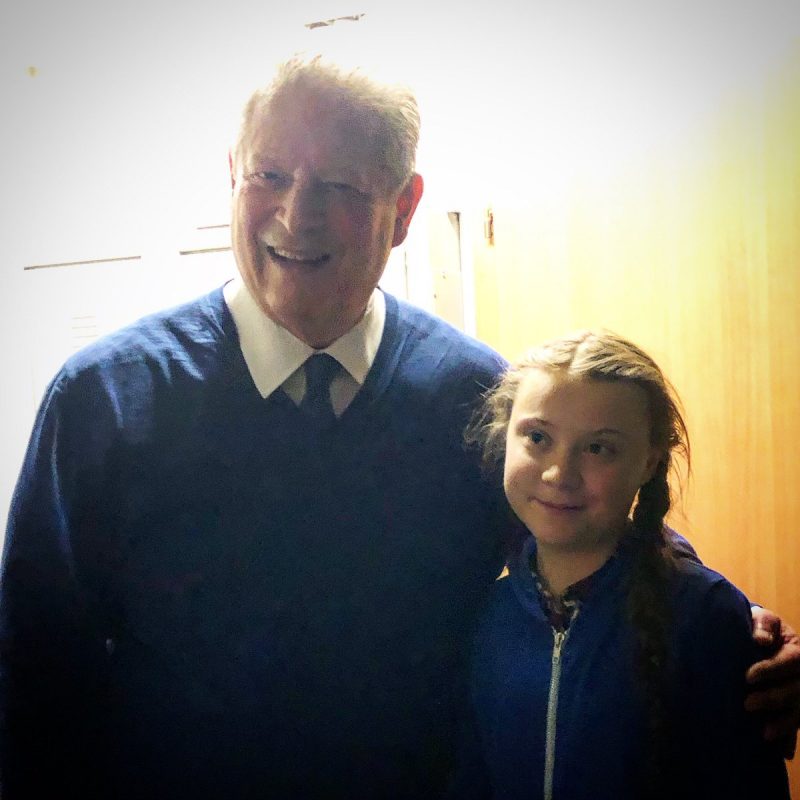 It was a hilarious series of events that did nothing to calm the climate alarmists, who sound more unhinged than ever.

The summit to fix the weather by charging us for our CO2 emissions (a gas each and every one of us exhales) was originally supposed to be held in Brazil, where it’s summer now.

Unfortunately for the climate dignitaries looking forward to some exotic fun in the Brazilian sun, Brazil’s new president, Jair Bolsonaro, aka Tropical Trump, quashed that idea.

His foreign minister, Ernesto Araújo, taking a cue from Trump, called climate alarmism a “Marxist plot” to undermine the West and build up Communist China.

Not to worry, though, Chilean authorities volunteered their nation to host the UN festivities instead: Global-warming alarmists could still have a climate summit in the summer sun in the Southern Hemisphere.

But quite ironically, “green” policies in Chile to “save the climate” caused rising energy and transportation costs, sparking violent protests and riots and turning the capital, Santiago, into a war zone, after the movement was hijacked by communists seeking revolution. Oops! Santiago was out, too.

Nor were these latest backlashes to the effects of radical environmental policies unique. Similarly explosive outrage — sparked by similar “green” policies — erupted in France when the “Yellow Vests” movement brought that nation to a halt not long after the UN “Paris Agreement” was adopted at the UN COP21.

The grumpy UN officials and climate dignitaries we talked to did not see the humor or the irony in it all, either at the COP24 in Poland or at the COP25 in Madrid.

At least they pretended not to. But the awkwardness stood in the conference like an eight-million pound gorilla in a leotard, giving us plenty of fodder for questions. “How will you impose these policies on the world if even the French people will not submit?” we asked, secretly grinning inside.

Fortunately for the UN and its climate-industry hangers-on and cronies, Chile’s mother country, Spain, stepped in to host the embattled UN summit. Spain has been so engulfed in “greenness” that it already eviscerated its own economy with ridiculous, socialist “green” policies years earlier.

Indeed, for every Spanish “green” job subsidized by taxpayers — one of several key “green” policies imposed on that nation — more than 2.2 productive jobs were destroyed, according to a major study by Economics Professor Dr. Gabriel Calzada at Juan Carlos University in Madrid.

But at least in Spain, the pain had already become normal, so citizens were not out in the streets marching against alarmism-inspired policies during the summit.

That’s not to say that the Spanish people are necessarily on board the green machine, but they largely seem resigned to their fate. Taxi drivers we spoke to were overwhelmingly cynical about the direction their country has taken, and more than a few did not even believe in the man-made warming theory.

One of them asked if child climate-change guru Saint Greta Thunberg of Sweden was going home on a bicycle. We all laughed, this reporter included.

All of the sidesteps and missteps associated with holding the climate summit in Spain provided an appropriate backdrop to the UN’s COP25 Climate Change Conference because the conference itself was devoid of anything resembling pragmatism, executable environmental plans, or logic — instead focusing on feelings (especially fear), fait accompli, false rhetoric, and phony political promises.

In fact, the radicalism and “thinking” at this UN confab — as with others that preceded it — would shock everyday Americans. After all, after having attended a number of these over the years, we know from firsthand observation that the media presents a very sanitized view of these conferences, intended to beguile the masses.

The globalists and climate alarmists came there with grandiose ideas about finalizing the “rules” for their “global carbon market.” They also promised to advance “global governance.” And they vowed to find new Western taxpayer loot to add to the Green Climate (Slush) Fund to pay off dictators who help keep their people in poverty in the undeveloped world — all to save the “climate,” naturally.

They put on a good show. But as chief climate villain (in the warmist movement’s eyes) Marc Morano of ClimateDepot.com told us, the alarmist establishment will have to wait until next year to advance its agenda in any significant way — if they are lucky!

As soon as we got off the metro at the UN “Climate” summit in Madrid, revolution was in the air. Literally. Shrieking protesters dressed like hippies and fools and furry animals, including “Queers for the Climate” (yes, really), were calling for “revolution.” Literally.

“What do we want? Revolution!” hollered the clueless climate activists shivering outside the conference. “When do we want it? Now!” Passersby, mostly lower-ranking delegates, media, and fellow activists who were not welcome at the “VVIP” (Very, Very Important Person) entrances, grinned or cheered them on.

Throngs outside demanded an end to air travel, cars, “farting cows” (as U.S. Representative Alexandria Ocasio-Cortez’ “Green New Deal” plans put it), and everything else that makes modern life possible for climate alarmists.

No doubt the seemingly unhinged mob outside, largely composed of groups funded by governments, were supposed to seem radical in order to make the proposals offered inside the conference appear saner to the outside world.

Tax-funded signs were everywhere announcing new talking points to the 25,000 assembled climate alarmists. No longer should it be referred to as “climate change.” The new term is “climate emergency” — all the better to scare us with.

Dozens of giant billboards plastered from the metro station to the entrance of the UN COP25 summit bombarded passersby with lies: Antarctic ice is melting (it’s not), Miami is flooding from global warming (it’s not), and much more. All of it was supposed to add to the sense of urgency.

Naturally, once inside, everyone was suddenly using the term “climate emergency,” or “climate crisis,” or “climate catastrophe,” or whatever scary term could be concocted to herald an imminent climate apocalypse. “Journalists” and the government delegates who were at the confab frantically seeking money and power all took their cue: “Climate emergency” it is.

Many of those in attendance are old enough to remember dire claims from the global-cooling days, and most should remember the global-warming claims that also turned out to be false (e.g., Al Gore’s warning that the Arctic ice cap would completely disappear as early as 2013). But now, after decades of incorrect climate predictions (see page 35) and failing to get global CO2 taxes, new marketing gimmicks were obviously needed.