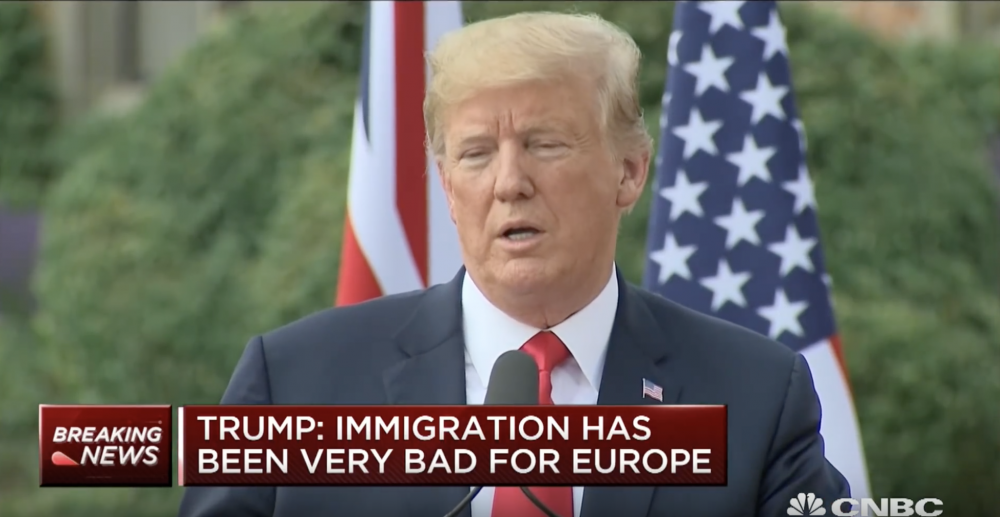 Trump: Europe is ‘Losing Its Culture’ Because of Immigration

U.S. President Donald Trump has warned that Europe is “losing its culture” because of immigration, arguing that bringing in more than a million migrants from alien cultures has “changed the fabric of Europe” permanently – and “not in a positive way”.

In a recent interview with the British tabloid The Sun, Trump lamented the fact that European leaders have allowed so many migrants into their countries.

Trump, as the son of parents from two EU countries, says that the situation in Europe pains him personally. 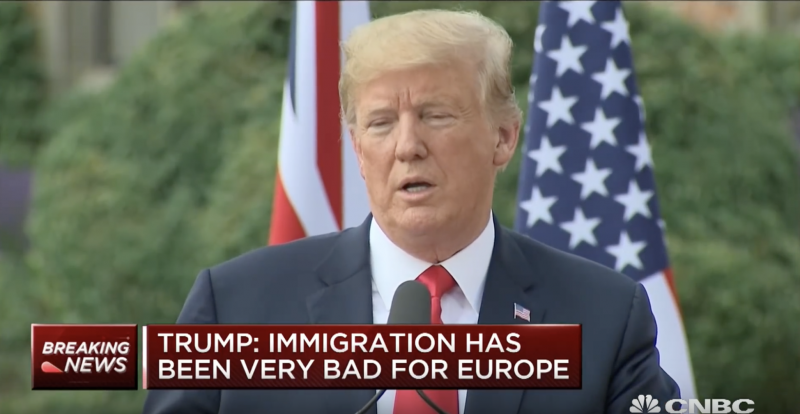 “I have great love for countries in Europe. Don’t forget, essentially I’m a product of the European Union, between Scotland and Germany. Right? My father Germany, my mother Scotland.”

“I think what has happened to Europe is a shame. Allowing the immigration to take place in Europe is a shame. I think it changed the fabric of Europe and, unless you act very quickly, it’s never going to be what it was and I don’t mean that in a positive way. I think you are losing your culture,” the U.S. President said.

During the interview, Trump also slammed far-left London Mayor Sidiq Khan for doing a “very bad job on terrorism” and failing to stop “all of the horrible things going on” in the city, including rampant knife crime.

The U.S. President and the London Mayor have had their fair share of less than friendly exchanges over social media. Last summer, Trump called Mayor Khan a national disgrace who’s destroying the UK’s capital.

A couple of months later, in an opinion editorial for the Observer, Khan hit back, labeling US President Donald Trump the “global poster-boy for white nationalism”.

Trump’s statements in last week’s interview echoed similar statements that he made in July of 2018 – during a joint press conference with then British Prime Minister Theresa May – where the two discussed Europe’s immigration policy, NATO, trade agreements, and Brexit.

Arkansas Senator on CPS Kidnappings: “No Horror Movie Ever Prepared You for This” Previous post
Newly Discovered SECRET CHAMBER Beside King Tut’s Tomb May be Burial Site of Egypt’s Long-Lost Queen Nefertiti Next post