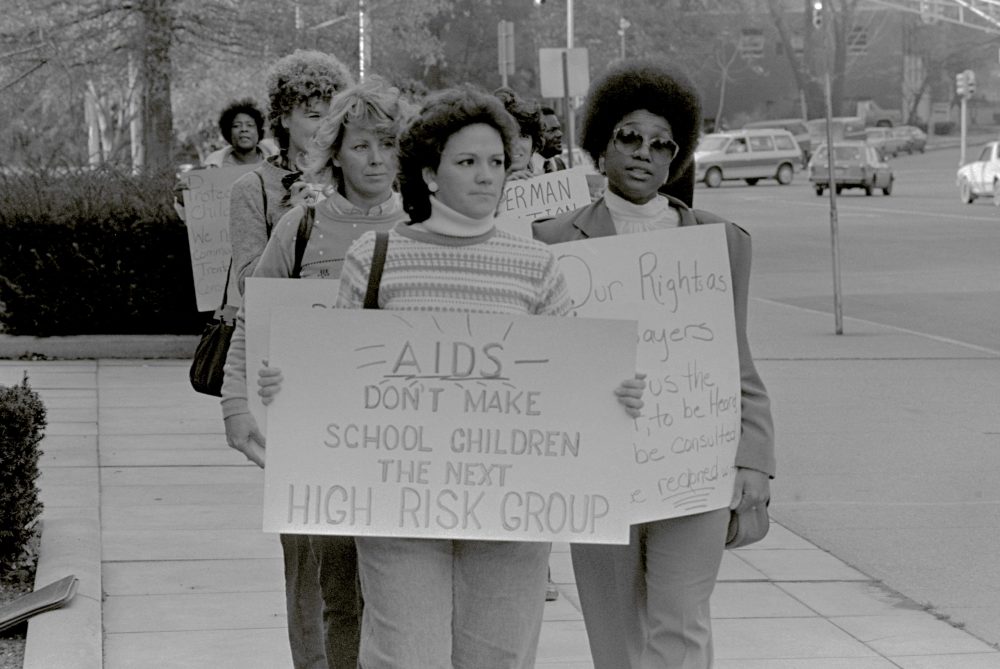 Coronavirus, AIDS, And The Politics Of Viral Fear

In the 1980’s, agenda-driven panic around the HIV epidemic set back the public health response by years.

Nothing is more viral than fear. Fear — fight or flight – is a terrible way to make decisions that call for time, science, and rational thinking. 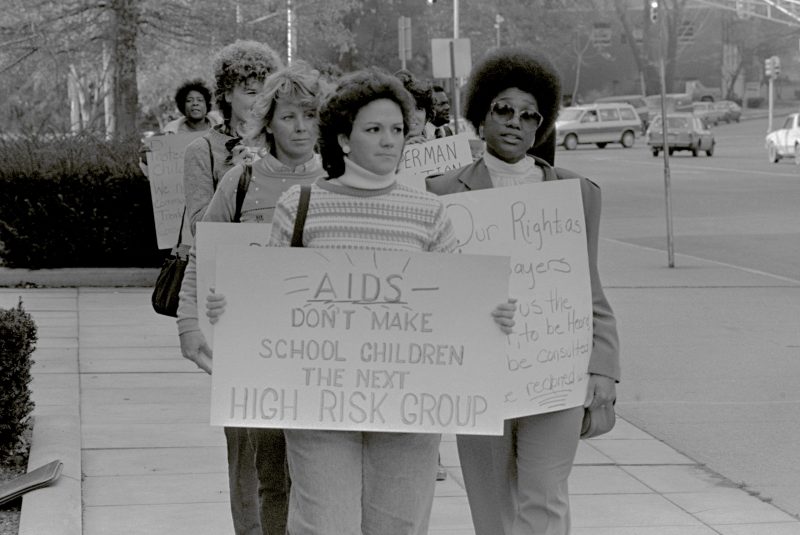 Democrats, Pavlovian conditioned by years of believing everything Trump does is “an existential threat,” are about twice as likely as Republicans to say the coronavirus poses an imminent danger.

Make a joke of it — pandemic or Dempanic — but one’s political party should not affect how we respond to an epidemic.

“Our hyper-polarization is so strong that we don’t even assess a potential health crisis in the same way. And so it impedes our ability to address it,” said Jennifer McCoy, a Georgia State political science professor who studies polarization.

“I am not scared of Covid-19,” Abdu Sharkawy, an infectious disease expert at the University of Toronto in Canada, wrote. “I am scared about the loss of reason and wave of fear that has induced the masses of society into a spellbinding spiral of panic.”

This is not about downplaying something serious. It is about preventing mistakes that will make things worse. Trump Derangement Syndrome might actually help kill us this time, as fear makes for poor public health decisions.

In 1981 the CDC reported five cases of a new pneumonia. The disease didn’t even have a name until the next year, and wasn’t isolated in the lab until 1984. AIDS would go on to kill over 500,000 Americans.

Yet while a horrible disease and a miserable way to die, in retrospect “the problem with AIDS was really two epidemics — the real health epidemic and the epidemic of the mind,” said Boston’s WBZ-TV station manager Tom Goodgame, quoted in Time.

Meanwell, The New York Times concluded, “in the 1980’s, fear spread faster than AIDS.” America paid the price in lives.

The fear was measurable. In the mid-80’s 60 percent of Americans wanted HIV+ people to carry a card noting their status; one in three said employers should fire employees who had AIDS.

Some 21 percent said people with AIDS should be isolated from the rest of society in leper colonies.

Even a professional medical journal wrote, “A specter is haunting our streets — the specter of AIDS, a remorseless and incurable disease whose nature, transmission and effects still contain elements of mystery.”

Those mysteries are always the most dangerous elements in shaping public health policy via fear, and with AIDS, centered on exaggerating the problem.

When early cases surfaced inside communities already viewed as modern day Sodoms, many sought to exaggerate the crisis from a quasi-religious point of view: God was smiting the gays.

Tragically, too many felt the more who died of AIDS the better, and played up the deaths as “Judgement.” The rest of us, God-fearing, were safe.

It’s almost like hoping the current economy goes into recession, destroying the savings of millions of Americans, so Trump’s chances of reelection fall. Or one politician hoping the virus infects those at MAGA rallies.

In the 1980’s, the Reagan administration, with its political debt to newly-empowered evangelical voters, was indifferent at best toward the study or prevention of AIDS.

Congress agreed; in 1987 it banned the use of federal funds for AIDS prevention and education that “promoted or encouraged, directly or indirectly, homosexual activities.”

Years were lost as the virus spread, and too many died because of the delay in funding.

We were not innocent. In the mid-to-late 1980s “AIDS hysteria” was a familiar term in the media and public life, and popular comedians made crude jokes to amuse us.

A study found “health care trainees and professionals demonstrated their level of empathy and caring for HIV/AIDS is negatively affected by the knowledge that the person being treated is homosexual.”

A 1985 Time magazine story, “The New Untouchables,” focused on an incident in New York where parents refused to send their children to a school after one student was identified as HIV+.

“What about somebody sneezing in the classroom? What about the water fountain? What about kids who get in a fight with a bloody nose? They don’t know!” said one frightened parent.

Gay activists also sought to drive public opinion through fear. The fear of a “heterosexual breakout” was employed to coax a Middle American audience toward political awareness.

The community also exaggerated the crisis as spur to more government funding.

In 1988, after New York revised its estimates of HIV+ citizens significantly downward, members of AIDS Coalition to Unleash Power were arrested at a sit-in at the Health Department.

Hecklers trailed the Health Commissioner demanding he resign. His home was picketed and spray-painted. There were death threats against him.

Yet statistical studies some 30 years later showed even his lower numbers from the 1980s overestimated the extent of the epidemic by some 50 percent. The Commissioner had been right to tamp down the threat.

Activists justify their use of fear as the only way to have focused attention on the disease. But that ignores the tragic results of their actions.

While funding did increase, much of the government’s early AIDS-prevention budget was used to raise awareness among hetero college students, women, and others who faced relatively low risk. Money was diverted away from the communities that needed it most.

Even today, AIDS and other fear-mongered diseases soak up a disproportionate share of research funds. Diseases that account for 84 percent of deaths in the U.S. get less than half of NIH funding.

Cancer and HIV/AIDS in particular receive a disproportionately large amount, while chronic diseases like diabetes and obesity receive less funding relative to the costs they impose on society.

The worry is always the unknown, and on Day One of an epidemic nearly everything is unknown. Mistakes get made as protocols are created (in reality, field tested) on the fly.

Remember when people believed they should not shake hands with a gay man for fear of catching the disease? Only when science replaced fear did AIDS subside to where today the disease is a manageable element of public health.

“Why has the truth disappeared so far from view? Perhaps because the chief interpreters of the data want to reflect their own messages. Public health experts see a unique chance to reduce all sexually transmitted diseases.

“Medical researchers demand $1 billion in new Federal spending against AIDS, hoping to refurbish their laboratories. Government epidemiologists, seeking to protect homosexuals and drug addicts, fear the Reagan Administration may acquire the notion that these are the only people at risk.

“Moralists see a heaven-sent chance to preach fire, brimstone and restricted sex. Homosexuals have no desire to carry the stigma of AIDS alone.”

While fear as a political manipulative tool is nothing new, the coronavirus panic appears at a new place in America. Social media encourages people Joker-like to pour fuel on fires.

MSM pursues an unambiguous political agenda when it is not just peddling raw anxiety as a profit center. We are ever more diverse and ever more subreddit separated. It isn’t safe anymore for us to have common fears.

Wash your hands. Ask questions. But keep fear in check.

As you encounter information focusing on worst-case scenarios, which seems to exaggerate unknowns, uses terms like surge, crash, skyrocket, Katrina, is more White House gossip than science, anything that starts with Report: ask yourself if the primary purpose is peddling fear — to sell you a product, to get you to click, to influence your vote.

Socially isolate yourself from that source.

And stop reading political journalists to learn about a health issue.

Politico, currently bleating out Trump isn’t doing enough and is bungling what he is doing, was only recently criticizing Trump’s prescient travel ban for China travelers as ineffective, and worried it would antagonize Chinese leaders.

I write this from New York, under a declared state of emergency.

Yet for all the screaming headlines one finds the primary motivation for the declaration was simply “a more expedited purchasing and testing protocol.”

It’s more about a better bureaucracy now than something with sirens and flashing lights now.

The numbers will go up until they start going down (new cases are declining in China and South Korea.)

There is nothing investors fear more than uncertainty, kryptonite to the markets. Right now that is all there is and volatility in the markets will continue until uncertainty, and then fear, back off.

Before you blame someone or something, figure out how to blame away the virus in China, Italy, Iran, and elsewhere where they don’t have Trump, and do have universal healthcare, sick leave or whatever other partisan talking point is being pushed.

Panic is easy, a measured response hard. We need to make good decisions. Lives depend on it.

Peter Van Buren, a 24-year State Department veteran, is the author of:

1. We Meant Well: How I Helped Lose the Battle for the Hearts and Minds of the Iraqi People,
2. Hooper’s War: A Novel of WWII Japan, and
3. Ghosts of Tom Joad: A Story of the #99 Percent.