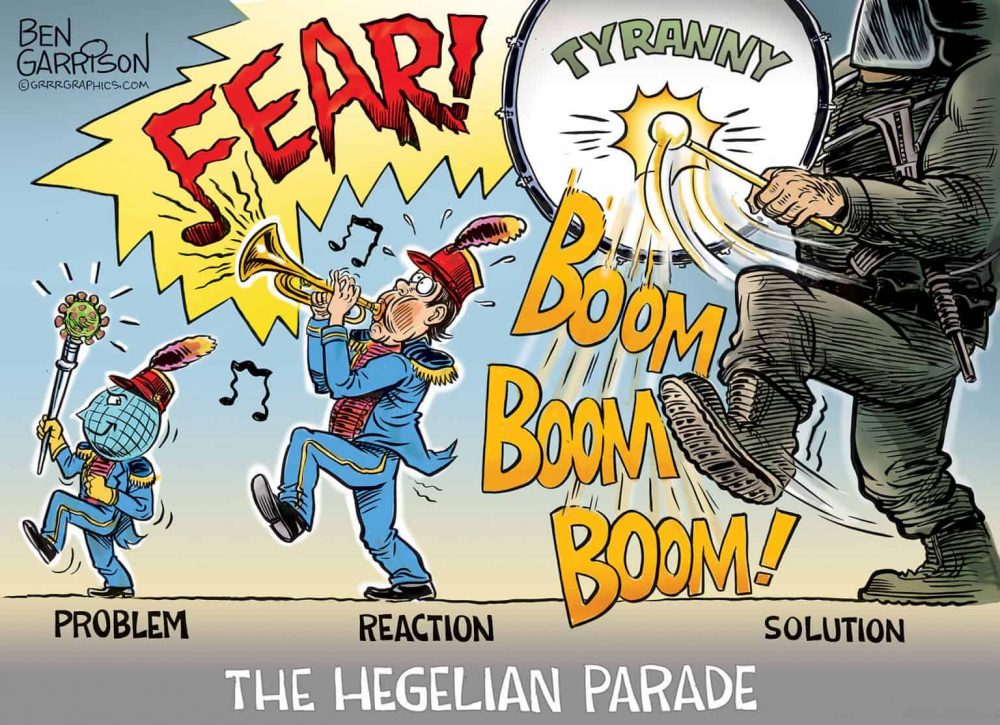 Exploiting a Health Crisis to Create Financial One

In a previous articles, 5+ NWO Agendas Accompanying the Coronavirus Epidemic, I outlined the various NWO agendas being pushed out due to (or using the pretext of) the coronavirus crisis.

That was 4 weeks ago, and events are rapidly unfolding. I highlighted the lame excuses that governments were giving to advance the cashless agenda, e.g. claiming that we must take cash out of circulation because it could be spreading disease or viral fragments.

WHO (World Health Organization) Director General Dr. Tedros Ghebreyesus stated that we must move towards digital money because physical paper and coin money can spread diseases, especially endemic diseases like the coronavirus. 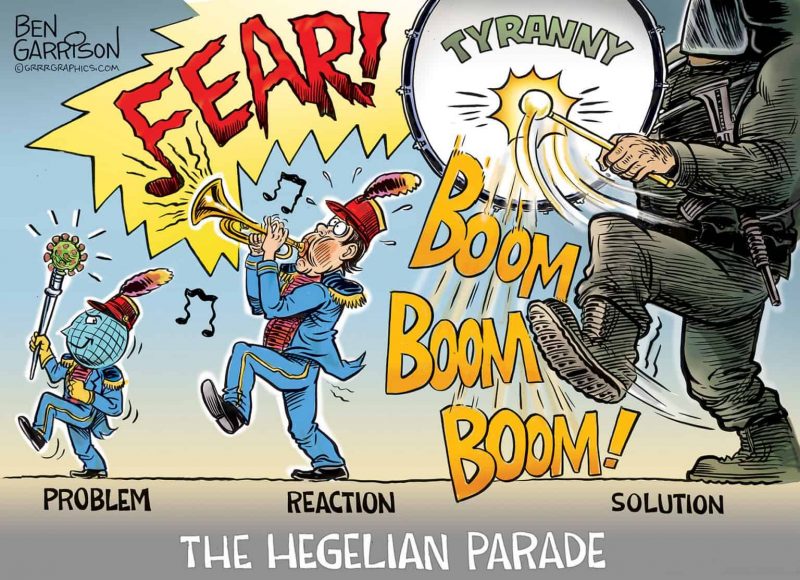 Now, it is possible that the agenda could go even further. The Dow Jones has plummetted in recent days, including having the biggest single drop in a day since 1929 – which was the biggest stock market crash ever and the start of the Great Depression.

Ever since I have been researching the conspiracy, I have always heard whispers and predictions of a global financial crash or a global economic reset, the idea being that the international bankers would deliberately crash the economy in order to remake it in their likeness, with more centralization of power, a One World Bank and a One World Currency. Has the time finally come for them to implement this scheme?

It is still too early to say. However, in addition to the ominous signs of the stock market falling and the economy in many countries slowing or grinding to a halt (due to forced social isolations or quarantines), there are other signs.

The USG, via the Federal Reserve, is literally pumping trillions – up to a theoretical $4.5 trillion in 4 weeks starting March 12th, 2020 – into the system to keep it afloat. This is money printed out of nothing, with no economic rationale for its existence.

For the last few years, the big international banks have been feverishly preparing to launch their own digital currencies, which some people call cryptocurrencies but which are not true cryptos (the banks are obviously not interested in decentralized platforms and anonymous transactions; they want centralized control and surveillance).

They are actually CBDCs (Central Bank Digital Currencies). There has been a banking digital arms race.

Some have suggested that SDR (Special Drawing Rights), which are IMF (International Monetary Fund) units of account pegged to a basket of currencies, could be the mechanism for the coming world currency.

Has the time come for banks to roll out their NWO One World Coin or some other digital currency?

Google-owned YouTube has shown that it only requires a whiff of an excuse to censor. YouTube has begun another censorship purge. 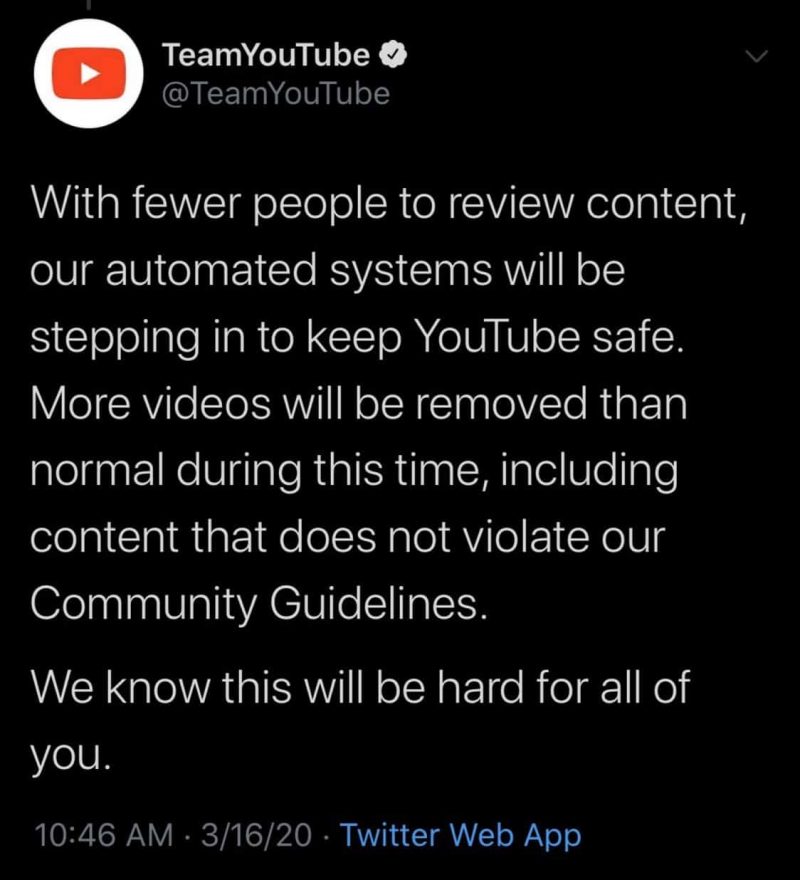 Whereas in the past, videos were hidden, downranked or demonetized, YouTube is now taking the bold step of deleting videos entirely – such as videos that mention the word coronavirus.

Surveillance Schemes Waiting in the Wings: EARN IT

A new bill has introduced into the US Senate, named The Eliminating Abusive and Rampant Neglect of Interactive Technologies (‘EARN IT’) Act. The basic premise of the bill is that tech companies will have to earn Section 230 protections rather than being granted them by default.

Section 230 is the now famous section under which Big Tech companies claim they are neutral platforms (and not publishers) and are therefore not liable for their users’ speech.

Big Tech has been openly acting as a biased publisher and selective editor/censor for years, but here’s the point: this bill is not about combatting child abuse as it ostensibly claims to be (look how slow the USG has been to go after Epstein accomplices like Ghislaine Maxwell and Andrew Windsor), but rather chipping away at the right to privacy of communication.

“Riana Pfefferkorn, the associate director of surveillance and cyber security at the Stanford Center for Internet and Society, wrote a blog post suggesting that this law could be a sneaky way of undermining another bit of legislation that has long been a thorn in the side of US intelligence agencies. This is the Communications Assistance for Law Enforcement Act of 1994 (CALEA).

“Put another way, the providers of ‘information services’ are not required to design to be surveillance-friendly … Both DOJ and the Federal Bureau of Investigation (FBI) have been trying for at least a decade to close [anti-surveillance loopholes] …

“So, how can law enforcement achieve its long-desired CALEA goal? By pushing a bill that talks about Section 230 instead.””

“Imagine an Internet where the law required every message sent to be read by government-approved scanning software. Companies that handle such messages wouldn’t be allowed to securely encrypt them, or they’d lose legal protections that allow them to operate …

“The so-called EARN IT bill, sponsored by Senators Lindsey Graham (R-SC) and Richard Blumenthal (D-CT), will strip Section 230 protections away from any website that doesn’t follow a list of “best practices,” meaning those sites can be sued into bankruptcy.

The “best practices” list will be created by a government commission, headed by Attorney General Barr, who has made it very clear he would like to ban encryption, and guarantee law enforcement “legal access” to any digital message.” (…)

Governments More Interested in Colluding with One Another to Each Suppress Their Own Citizens, Rather Than Fighting Geopolitically

Although the realm of geopolitics and international alliances is real on one level, it’s not the deepest level at which to understand how the world is run.

On a deeper level, these nations work together, just as the USA and the USSR secretly worked together during the Cold War. There is no reason to believe it is any different now during this manufactured coronavirus crisis.

Remember, there is already evidence of Chinese government foreknowledge, as well as obvious USG/Big Pharma foreknowledge (the event 201 coronavirus simulation to start with).

As events and government responses continue to unfold, ask yourself: is there evidence of governments colluding with each other to suppress their own citizens?

Since China is the NWO technocratic and totalitarian paradigm society, will other governments use the excuse that ‘China did this and that (draconian) measure to control the virus, so we have to as well’?

Counting the Various Agendas Being Rolled Out During the Coronavirus Crisis

This list is getting longer and longer all the time:

2. Overturn of the Right of Freedom of Association, Right to Assemble and Right to Travel

5. Rolling out of Digital Currencies / One World Currency?

Now is the time more than ever to not only boost your immune system with natural anti-viral foods and supplements, and practice good hygiene, but also to pay close attention to how the rulers are using their own manufactured coronavirus crisis to tighten their grip on power.