The first abduction on record, this case was discovered almost by accident. On September 19, 1961, Betty and Barney Hill were driving home on a road in rural New Hampshire.

They were a racially mixed couple: Barney was black and Betty is white. The only reason I mention this is because in 1961 race relations were tense at best and a couple in such an environment would be less likely to want to draw any undue attention to themselves.

However, because a physician initially thought it might be the underlying cause for emotional problems the couple later developed, their incredible story came to light.

Barney Hill gets out of car and sees alien beings looking back at him through the portholes of a flying saucer! – Artwork Courtesy and Copyright ©1997 James Neff

As they drove down the highway, a disk-shaped object flew over the car. It stopped and hovered two hundred yards away from them. They were avid birdwatchers, so they had binoculars with them in the car.

Imagine Barney’s shock when he got out of the car and saw through the binoculars that there were creatures in the portholes of the disk, looking back at him!

Basically, he panicked! He ran back to the car and the two sped off.

Later they started feeling a little strange and noticed they could not remember the previous thirty miles they had just driven; also, their watches were no longer running, they had stopped cold.

Over the next several weeks Betty began to have weird dreams and the couple began to recall other odd things that had occurred on their road trip.

Looking back, they realized their trip had taken two hours longer than normal and they couldn’t figure out why. This later became the first recorded case of missing time. They also had no recollection of what they did during this two-hour period of missing time.

The next day the Hills found twelve bright circles about the size of a half-dollar on their car. When they placed a compass over the circles the needle spun wildly. 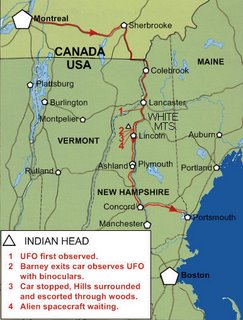 Map showing location of Betty and Barney Hill’s ‘Abduction’ by alien beings in a flying saucer.

Barney began to exhibit a number of physical symptoms. A doctor attributed them to stress since there seemed to be no other cause. Barney was next referred to a psychiatrist, Dr. Benjamin Simon, in an effort to find the cause of the symptoms.

As part of his treatment, Barney agreed to undergo hypnosis. After the first session, the psychiatrist decided that both Barney and Betty should be treated and hypnotized separately.

Over a period of several months, Betty and Barney told Dr. Simon a story of what really happened that night. To say it was startling was an understatement, but both of them were telling the exact same story each from their own respective vantage point.

That is, each story corroborated the other. They had been picked up by alien beings and taken aboard a space craft! They were both subjected to a number of medical procedures. 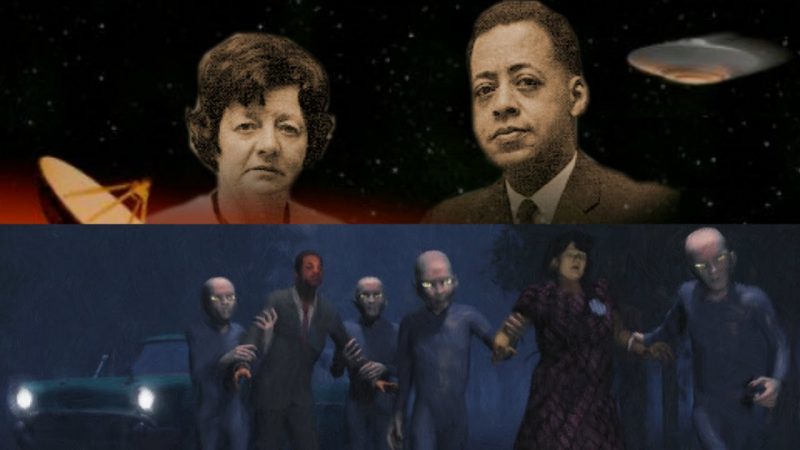 Barney had sperm extracted and Betty recalled being told that the beings were performing a pregnancy test on her. Betty had a long needle inserted into her navel. This was decades before amniocentesis was developed by earth scientists.

One of the most remarkable things about the Hill case, besides being the first abduction case on medical record, was a star map. The aliens had shown Betty a map consisting of stars and lines drawn between the stars.

Betty was later able to draw the map while under hypnosis. They then asked her if she knew where her planet was on the map. When she was unable to tell them, they abruptly ended the conversation without telling her any more. 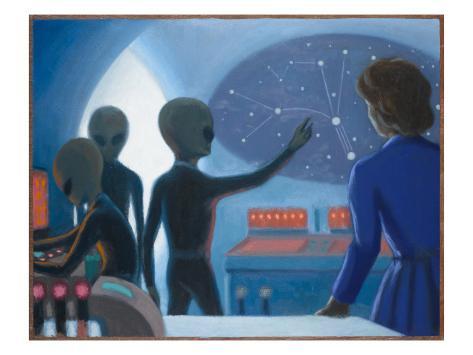 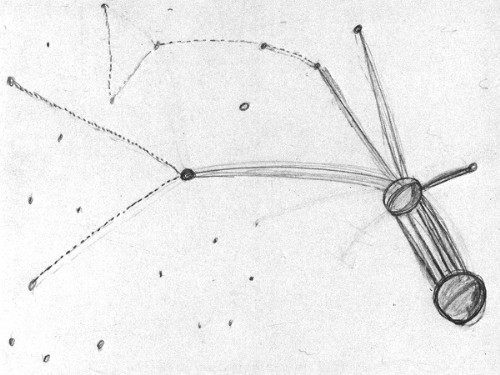 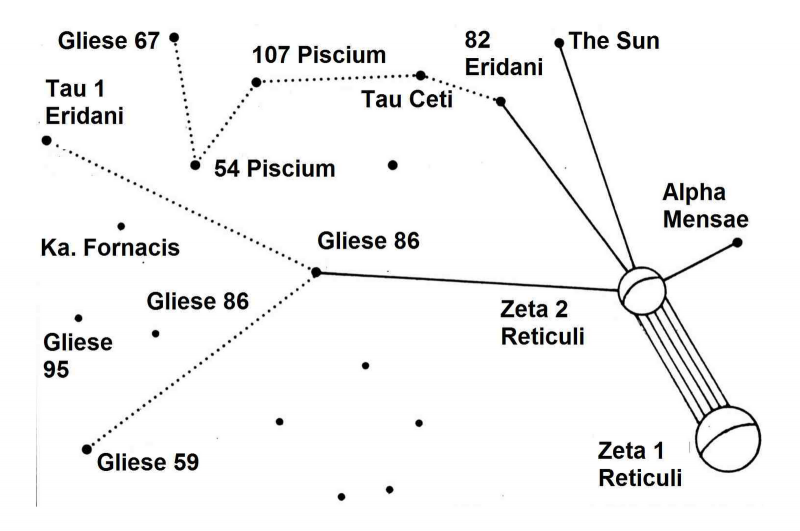 Movie of the Week

Though Barney died in 1969, NBC made a movie out of the Hill’s case. Entitled The UFO Incident, it starred James Earl Jones and Estelle Parsons as Betty and Barney Hill.

The Little Gray Guys are Zetas

Marjorie Fish, an astronomer, took Betty’s map and began to convert it into a three-dimensional model to see if she could find out where these beings were from.

When a new catalog of stars, the Gliese Catalog, was released she was able to come up with a final version that seemed to make sense.

The catalog allowed Fish to assign accurate distances between the stars. The map indicated that the beings were from a planet circling a twin (sun) star system, Zeta Reticuli, Which consists of two stars, Zeta 1 and Zeta 2.

Zeta Reticuli is very close to us in terms of space distance. The planet is only 37 light years away (220 trillion miles). The two stars are also a billion years older than our sun.

Fish’s model was later confirmed by a computer. That is why the aliens we often call little gray guys are sometimes also known as Zetas.

Some contactees were told in the 1960s that intelligent life is more often found in twin star systems, and that our solar system is unusual since we have life with only one sun.

MIT astronomer Fred Rasio says, “You get the impression that most solar systems are not like ours.”

On August 19, 1998, the front page of the Los Angeles Times featured an article about leading astronomer Andrea Ghez.

Using the Keck telescope in Hawaii (the largest of its kind in the world) Ghez determined and declared that almost all new stars in the universe are, in fact, born as twins.

Betty Hill had been given additional information by her alien companions. They told her that the lines drawn between the stars were trade routes.

“Martial Law” Being Seen In U.S. and Europe Over COVID-19 Is The Bigger Threat Previous post
Living Other’s Lives (Part III) Next post