“The People Rushed Out of the Church & Saw In The Sky A Ship With Men on Board” – Gervase of Tilbury, 1211

There are many examples of well documented cases, and one great one from the ancient world comes in the form of a ninth century Latin passage which, a thousand years later, is still inspiring the works of multiple UFO researchers around the globe.

Liber contra insulam vulgi opinionem is the name of the document.

In this document, the Archbishop of Lyons complained about a persistent belief among the French peasantry regarding a “certain region called Magonia from whence come ships in the clouds.” (UFOs for the 21st Century Mind)

How fascinating is that statement? “From whence come ships in the clouds” given the fact that this passage is from the ninth century. Truly amazing to say the least.

According to the belief, the occupants of these vessels would “carry back to that region those fruits o the earth which are destroyed by hail and tempests: the sailors paying rewards to the storm wizards and themselves receiving corn and other produce.”

The Archbishop even said three men and a woman who had claimed to have “fallen from these same ships” had been stoned to death, an event he personally had witnessed. (UFOs for the 21st Century Mind)

Another example comes from the 13th century, from England. In the year 1211, Gervase of Tilbury, a chronicler of historical events and strange, unexplainable phenomenon, wrote this:

There happened in the borough of Cloera, one Sunday, while the people were at Mass, a marvel. In this town is a church dedicated to St. Kinarus.

It befell that an anchor was dropped from the sky, with a rope attached to it, and one of the flukes caught in the arch above the Church. door.

The people rushed out of the church and saw in the sky a ship with men on board, floating before the anchor cable, and they saw a man leap overboard and jump down to the anchor, as if to release it. He looked as if he were swimming in water.

The folk rushed up and tried to seize him; but the Bishop forbade the people to hold the man, for it might kill him, he said.

The man was freed, and hurried up to the ship, where the crew cut the rope and the ship sailed out of sight. But the anchor is in the church, and has been there ever since, as a testimony. (UFOs for the 21st Century Mind)

Another event from antiquity that seems to be popular among UFO researchers comes from Nuremberg, Germany, an event documented in the printing press that took place in 1561.

On that day, a number of “cylindrical objects” appeared in the sky.

Then, from the objects emerged were small round objects, and disk shaped objects that were red, black orange and blue. Below is an image of the Ariel display that was printed. 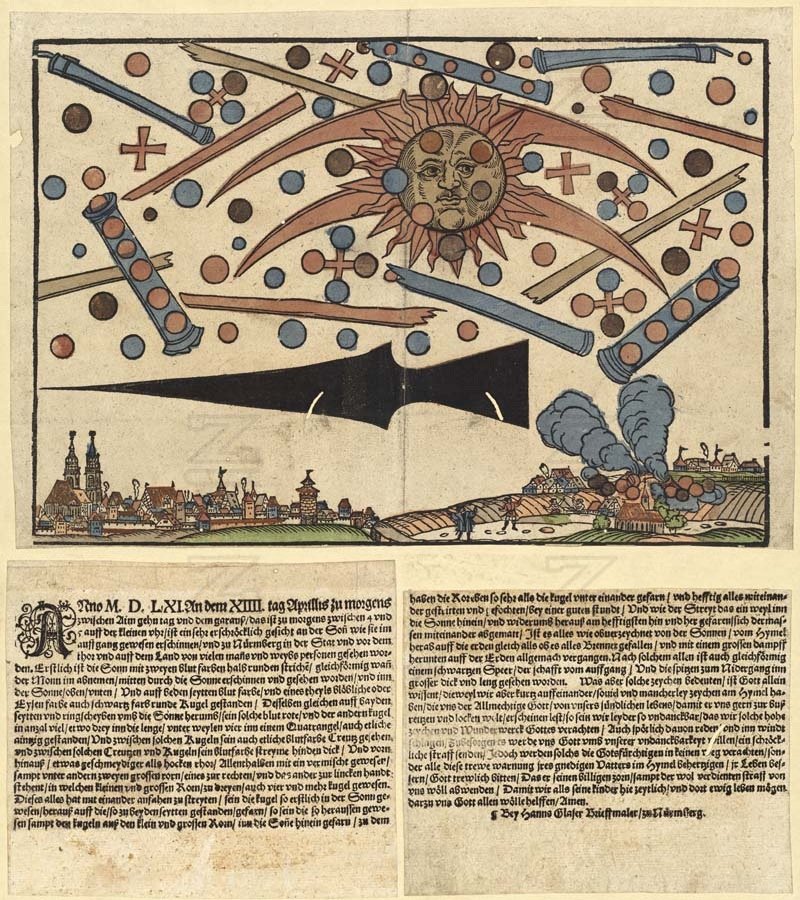 Apparently, the objects began interacting with each other, and as reported by the press, began to “fight with one another.” Was this really fighting? Or simply a perceived battle? Who knows.

After about an hour of these interactions, the objects apparently began to catch fire, all of them, and fell to the ground where they disintegrated and disappeared.

The point is that there is no shortage of these stories from our past, and the phenomenon is not only being documented today, which seems to become more clear to the masses every single year, but also well documented in antiquity.

If you’re interested in discovering more examples, I highly recommend “Wonders In The Sky” published by Dr. Jacques Vallée and Chris Aubeck.

“Their rigorous scientific insistence allows Vallée and Aubeck to retain the most challenging and interesting aspects of these events without the distraction of premature commitment to any particular interpretation.

“A willingness to combine documentary research, the heart of humanities scholarship, with physical and astrophysical knowledge is rare.” – Professor David Hufford, Penn State College of Medicine, and Department of Religious Studies, University of Pennsylvania. 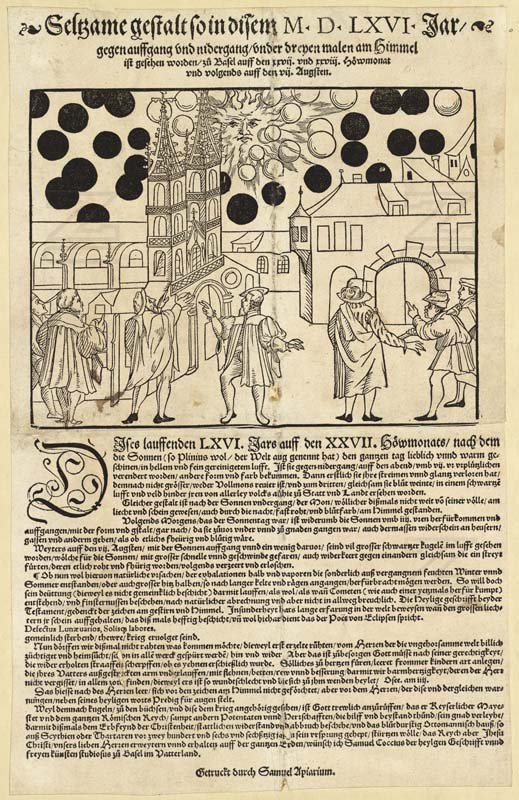 It’s quite clear that the phenomenon we are dealing with, whatever it may be and whatever it may represent, is nothing new, but actually quite old. It appears that these objects have been around perhaps even longer than we’ve been able to document them.