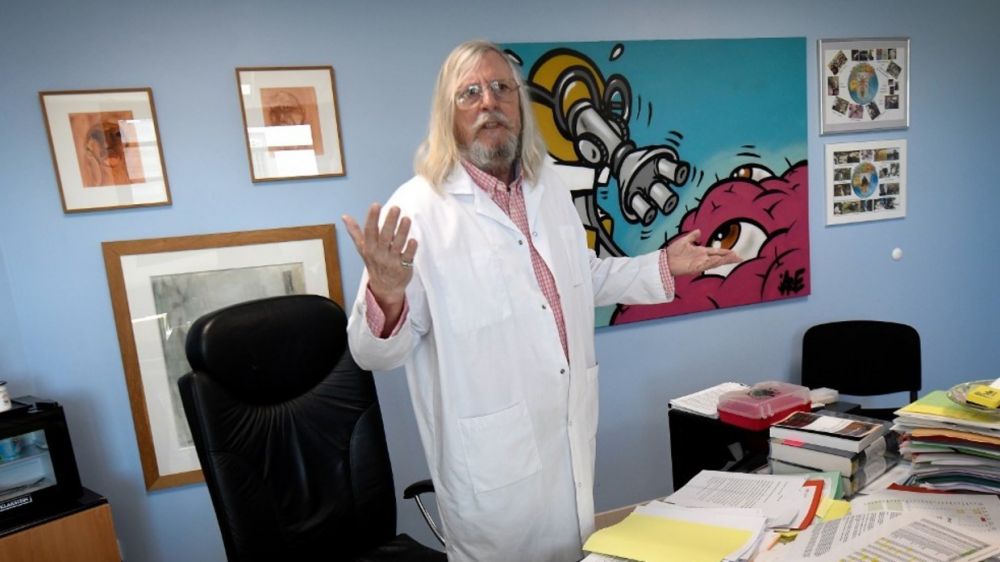 Amid a pandemic panic over the coronavirus, evidence for a possibly effective treatment has been denounced as ‘fake news’ – even when offered by a renowned scientist with decades of experience.

Take Didier Raoult, a French microbiologist with undeniable expertise, even if some of his views are about as eccentric as his appearance.

Though he may look like he just stepped out of an Alexandre Dumas novel, the director of the Mediterranean University Hospital Institute in Marseille cited not one but three different studies from China showing that the anti-malaria drug called chloroquine has been effective in treating Covid-19 patients. 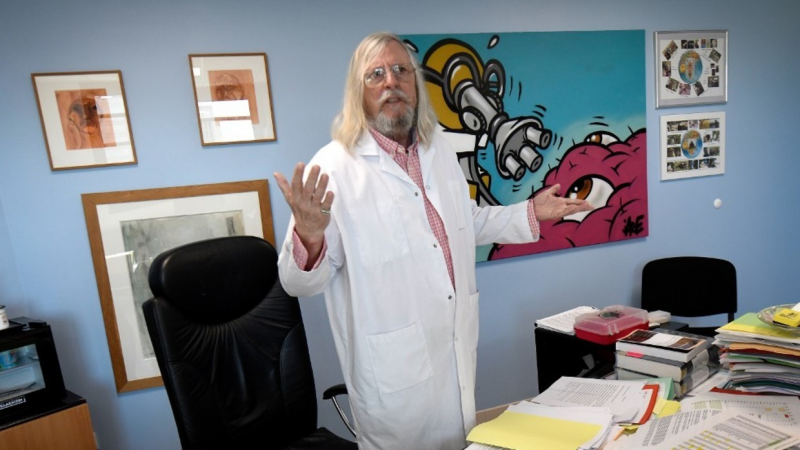 That did not stop Le Monde, France’s biggest newspaper, of declaring his February 25 video as “partially false.”

Raoult’s ‘sin’ was to argue that the common anti-malaria drug used widely for decades resulted in “dramatic improvements” among those afflicted by the virus.

As a result of Le Monde’s fact-check, anyone attempting to share Dr. Raoult’s videos on Facebook gets a banner saying the information therein was “partially false” as “determined by independent fact-checkers.”

The main argument put forward by those critical of the drug is that more testing is required before it can be officially approved as treatment for the coronavirus.

As the US Centers for Disease Control and Prevention (CDC) puts it, “There are no currently available data from Randomized Clinical Trials… to inform clinical guidance on the use, dosing, or duration of hydroxychloroquine” treatments for Covid-19.

Which is fair enough, but last time I checked, there was a pandemic going on, with billions of people locked in their homes and all business grinding to a halt across the globe, over apocalyptic predictions of hospitals brimming with corpses due to this coronavirus.

Should any kind of treatment – especially a drug that has been used safely for decades to treat something else, with side effects meticulously documented – be so cavalierly rejected, under the circumstances?

Do “experts” really think the world has the luxury of waiting for months or even years for their controlled lab studies?

As for the fact-checkers, shouldn’t they have applied the same rigor to the models used to scare everyone into hoarding toilet paper and setting off a depression orders of magnitude worse than anything the world has ever seen?

To ask these questions is to answer them, yet no one seems to bother. Nor is this sort of selective blindness endemic to France; across the Atlantic, the mainstream media raised their voices in unison against chloroquine after US President Donald Trump brought it up as a possible treatment – apparently referring to Dr. Raoult’s work.

They went so far as to widely circulate a deliberately misleading story about an Arizona couple that ate fish tank cleaner – chloroquine phosphate, clearly labeled not for human consumption – as somehow Trump’s fault.

Some of them quietly amended it to specify the difference, but long after the original story – implying they took the actual medication praised by the president – literally went viral and poisoned the minds of millions.

Worse yet, as a result of this media blitz, the governor of Nevada actually banned using chloroquine to treat Covid-19 patients this week, saying there was “no consensus among experts or Nevada doctors” that the anti-malaria drug can treat coronavirus sufferers.

There were no angry editorials denouncing Steve Sisolak, a Democrat, for letting people die or the coronavirus rather than have them treated with a drug endorsed by the Republican president and the media’s favorite hate object.

One would think the world paralyzed with fear of the invisible death would pounce on every possible solution, no matter how unlikely it seems.

That’s what we’re shown in Hollywood disaster movies, after all. Yet when such a solution presents itself, it is dismissed and denounced as “not proven”!

We’re supposed to blindly trust apocalyptic models produced by panic-mongering political hacks, but ignore the man who says the drug brought him back from the brink of death, even though his story can be easily verified and theirs cannot.

I don’t know if hydroxychloroquine works on Covid-19. Dr. Raoult seems to believe so, and he’s not alone. In the absence of better solutions – and locking billions of people in their homes indefinitely is not one – don’t we owe humanity to at least try? What do we have to lose?

In the three months or so since the coronavirus first appeared in China, there has been a lot of conflicting, confusing and outright false information about it.

One thing that has consistently proven true, however, is that the biggest obstacle in effectively battling its spread and treating the afflicted has been the obtuse insistence of the political and medical establishment on blindly following their rules.

If the virus is truly threatening to kill millions, as they say, they would not value procedures over saving lives. Nevertheless, they persist. It makes one wonder why.