Trump Signs “Secure 5G and Beyond Act of 2020” Despite Security, Health, and Environmental Warnings

So this happened on Monday:

Statement by the President

Today, I have signed into law S. 893, the “Secure 5G and Beyond Act of 2020” (the “Act”). The Act requires the President to develop and implement a strategy for the adoption of secure wireless communications technology in the United States and abroad. The strategy will protect the American people from security threats to telecommunications networks and 5G technology.

As part of the strategy, section 4 of the Act purports to require the President to engage in international diplomacy in order to share information and pursue policy goals specified by the Congress. Consistent with longstanding constitutional practice, my Administration will treat the relevant provisions of this section in a manner that does not interfere with the President’s exclusive constitutional authorities with respect to foreign relations, including the President’s role as the sole representative of the Nation in foreign affairs.

Section 5 of the Act further purports to condition the President’s authority to implement parts of the strategy upon the approval of the Federal Communications Commission. My understanding is that this provision does not preclude me or future Presidents from exercising our constitutional authorities as the “sole organ” of the Nation in foreign relations and as the head of the unitary Executive Branch to ensure proper implementation of the entire strategy. 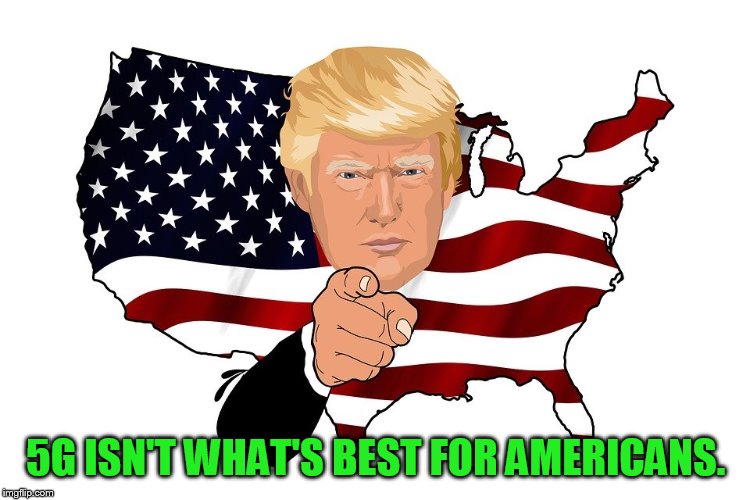 OMG and Holy Crap!  Warnings about 5G have come from a variety of credible sources including Department of Defense Secretary, Mark Esper.

“There are too many unknowns and the risks are far too great to federal operations to allow Ligado’s proposed system to proceed,” Esper said in a letter Monday to FCC Chairman Ajit Pai, Bloomberg News reports.

“This could have a significant negative impact on military operations, both in peacetime and war.

“I, therefore, strongly oppose,” Esper said, adding that the proposed service had “the potential for widespread disruption and degradation of GPS services” that rely on signals from space.

Esper’s letter was released Wednesday by the Pentagon, Bloomberg reports, and the FCC is not bound by the recommendation.

In April 2019, Brig. Gen. Robert S. Spalding III was interviewed by The New Yorker for an article titled, “The Terrifying Potential of 5G” and again in November by Patrick Bet-David about cybersecurity risks and increased surveillance drastically affecting the American way-of-life:

Esper and Spalding are two of many security experts who have warned about cybersecurity risks from 5G (see 1, 2) and Internet of Things (IoT) technology.  Other highly respected individuals and organizations (including the U.S. Navy, NOAA and NASA) have also issued opposition for other safety issues (see 1, 2, 3).

American opposition to 5G has been ongoing.  Since 2018 people and animals have been getting sick where 5G has been turned on (see 1, 2, 3, 4). In February 2019 the telecom industry gave U.S. congressional testimony that they have NO scientific evidence that it’s safe.  Last December – doctors, engineers, scientists, and public advocates asked President Trump for a moratorium due to biological, environmental and safety risks.  Lawsuits have been filed (see 1, 2, 3, 4).  A growing number of Congress members have also expressed grave concerns and objections.