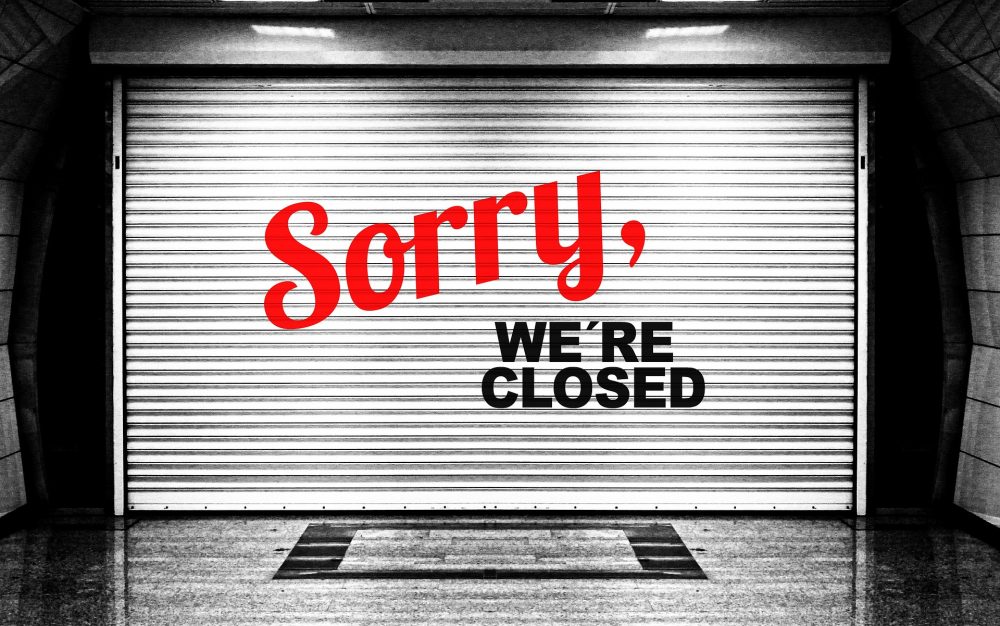 Killed By The Coronavirus Lockdowns: 1000s Of U.S. Businesses That Were Shut Down Will Be Closed Permanently

This economic downturn is turning out to be far deeper and far more severe than most experts were originally anticipating.

More than 22 million Americans have filed claims for unemployment benefits, and economists are telling us that the U.S. economy is contracting at the fastest rate that we have seen since the Second World War.

We are already starting to see some high profile companies move toward bankruptcy, but the real story is what is happening to thousands upon thousands of small and mid-size businesses because of the lockdowns.  Many of them were barely surviving even before this pandemic, and now these lockdowns have delivered a death blow. 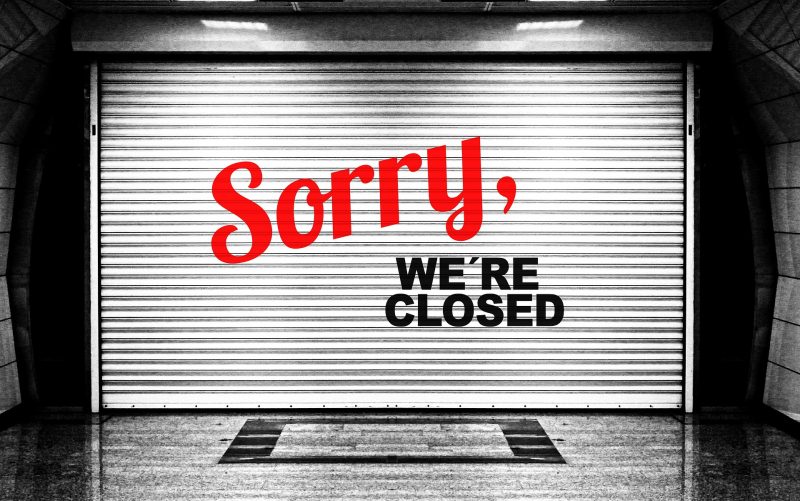 The restaurant industry is a perfect example. Prior to the pandemic, there were more than a million restaurants in the United States, and about half of them were independent.

Those independent restaurants employed approximately 11 million workers, and now the vast majority of those workers have been laid off.

A survey released Thursday by the James Beard Association found independent restaurants laid off 91% of their hourly employees and nearly 70% of salaried employees as of April 13 – double-digit increases in both categories since March. The poll of 1,400 small and independent restaurants found 38% of have closed temporarily or permanently, and 77% have seen their sales drop in half or worse.

Perhaps most troubling: 28% of restaurants said they don’t believe they can survive another month of closure, and only 1 out of 5 are certain they can sustain their businesses until normal operations can resume.

28 percent of 500,000 is 140,000, and so if these lockdowns are not lifted soon we could be facing a scenario is which tens of thousands of independent restaurants are lost forever.

Of course a lot of restaurants that do reopen will face a really tough struggle because fear of the coronavirus is going to keep customers away for the foreseeable future.  So even if all of the lockdowns were lifted tomorrow, the restaurant industry would still not fully recover.

Sadly, the same could be said for the fitness industry.  In fact, we just learned that one of the biggest fitness chains in the nation is getting ready to file for bankruptcy:

Gym chain 24 Hour Fitness is working with advisors at investment bank Lazard and law firm Weil, Gotshal & Manges to weigh options including a bankruptcy that could come as soon as the next few months, people familiar with the matter tell CNBC.

The chain is grappling with a heavy debt load, deteriorating performance and a coronavirus pandemic that forced it to shut its more than 400 clubs.

Yes, a certain segment of the population is quite eager to resume all of their normal pre-pandemic activities, but even a 20 or 30 percent drop off in revenue will be fatal for many gyms.

And the truth is that a lot of people are simply not going to be in the mood to share exercise equipment with others for a long time to come.

The entertainment, tourism and retail industries have also been hit extremely hard by this pandemic.  The other day I was quite stunned when I learned that Neiman Marcus “is reportedly ready to file bankruptcy”:

Neiman Marcus Group, one of the largest retailers in the United States, is reportedly ready to file bankruptcy amid the COVD-19 pandemic after defaulting millions in bond payments last week and furloughing 14,000 employees.

Neiman Marcus would become the first major US department store to crumble amidst the economic set backs from the coronavirus outbreak.

No, things are definitely not going to be returning to “normal” in America, and there will be a lot more big corporate names among the victims in the days to come.

At this point, even some of the most prominent corporations in the entire country are “indefinitely” sidelining their workers:

But most Americans are not in any position to handle “indefinite furloughs”.

In fact, one survey discovered that a whopping 50 percent of all Americans will run through their savings “by the end of April”:

One of the largest concerns on most homeowners minds right now is how they are going to pay bills — specifically their monthly mortgage payments. 50% of Americans reported their savings will run out by the end of April. Prior to the COVID-19 outbreak, 30% of homeowners had less than $1,000 in an emergency fund, with 22% reporting they didn’t have enough in savings to cover their mortgage payment for one month.

Just like during the last recession, countless numbers of Americans will go from living a comfortable middle class lifestyle to being desperately needy in just a matter of weeks.

I have been writing a lot about the absolutely massive lines that we have been seeing at food banks all over the nation, and we just witnessed another example in Miami.  In one of the wealthiest areas of the entire city, vehicles were lined up for a mile as people waited patiently to receive handouts from a local food bank:

Talk about a Norman Rockwell painting idea come to life — a parade of cars filled with hungry people in Miami … smack dab in the middle of two of the city’s ritziest hotels.

Check out this surreal scene down in Miami Beach, where a MILE-long line of cars were arranged in a giant U-curve in between the W Hotel and Setai Hotel — two of MB’s most high-end go-to spots for celebrity out-of-towners … like Kim K, Justin Bieber and more.

You can see photos from that event right here, and if you look closely you will see that some of those vehicles are quite nice.

As I have warned so many times over the years, if you don’t have any sort of a financial cushion you can “suddenly” find yourself in a whole lot of trouble when disaster finally strikes.

Unfortunately, we have now entered a time when there will be one crisis after another, and every new crisis will significantly escalate our woes.

For a very long time, there have been very loud warnings that our debt-fueled economic bubble would burst, and now it has happened.

The road ahead is going to be filled with immense pain, and most Americans are not going to be able to handle it.

By Michael Snyder, the author of The Beginning Of The End, Get Prepared Now, and Living A Life That Really Matters.