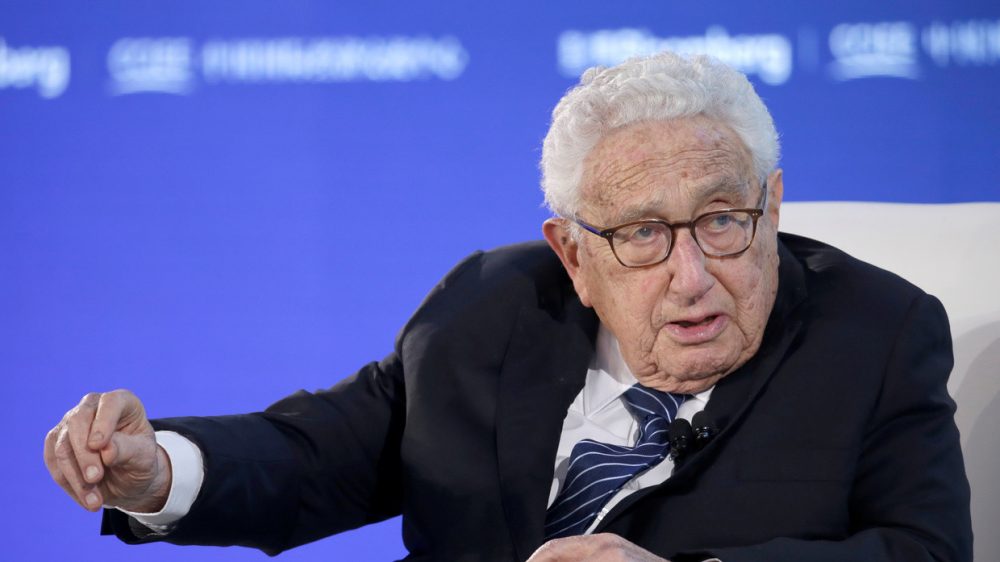 Henry Kissinger, eminence grise of imperial US foreign policy, has warned in an op-ed that no government – even his beloved hegemon – can defeat Covid-19 alone, implying that the New World Order he’s always preached must follow.

If the US doesn’t couple its efforts to rebuild its own economy with the first steps toward creating a global government, humanity is doomed, Kissinger wrote in a recent Wall Street Journal op-ed.

“No country, not even the US, can in a purely national effort overcome the virus,” Kissinger warned. “Addressing the necessities of the moment must ultimately be coupled with a global collaborative vision and program.” 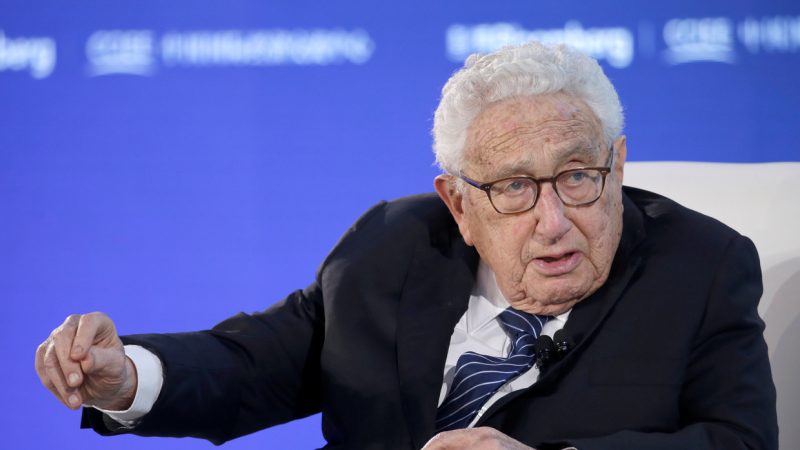 If we cannot do both in tandem, we will face the worst of each.

Kissinger laments that the pandemic has led to the return of a “walled city” model of nationalist governance, suggesting that “exploration at the frontiers of science” alone can save humanity from disease in his vision of a globalist utopia.

But developing cures takes time, and the notion that countries should be discouraged from protecting themselves in the interim is suicidal. If anything, one of the reasons Italy, Spain, and France were hit so hard by coronavirus was the EU’s dysfunctional insistence on open borders amid the pandemic.

“Global trade and movement of people” are all well and good, but the pandemic has exposed the weaknesses of the globalist system like never before. It will take years for nations to rebuild, and repeating their mistakes is not something they can afford to do.

While serving as Secretary of State and National Security Adviser under presidents Nixon and Ford, Kissinger played a starring role in bombing campaigns against Vietnam, Cambodia, and Laos and oversaw regime-change operations that placed brutal dictators in power in Argentina and Chile, as well as supporting state-sanctioned repression in Indonesia.

A notorious report he penned for the Ford administration called for dramatic reductions in population growth across developing nations. One might think, given his record, that he’d be on the side of the virus.

But the Nobel Peace Prize recipient is here presenting himself as an experienced statesman who deeply cares about the future of humanity, calling on the US to “draw lessons from the development of the Marshall Plan and the Manhattan Project.”

Sure, revisiting the Marshall Plan makes sense – there are no doubt insights to be gained from revisiting the rebuilding of Europe’s shattered post-war economies, especially since some of the countries hit hardest by the epidemic are in Europe.

But the Manhattan Project? How does a top-secret, international doomsday project that produced weapons with unparalleled killing potential have any bearing on the coronavirus crisis?

Listening to Kissinger, it must be said, is what got the US into its current situation – believing itself exceptional, distrusting all world powers who do not swear abject fealty to it, repeating the same failed policies to the point of parody.

A looming presence in the George W. Bush administration, Kissinger advised the country to plunge headfirst into the ever-expanding War on Terror, penning an editorial in the days following 9/11 that called for taking on “any government that shelters groups capable of this kind of attack.”

Following such guidance has bankrupted the US and turned it into a banana republic, printing money frantically while its roads and bridges crumble, its citizens struggle to keep a roof over their heads, and the international community looks on, mouths agape, as its government continues to lecture them about human rights.

Kissinger concludes his jeremiad with a warning that “failure [to safeguard the principles of the liberal world order] could set the world on fire.”

If, as he himself writes, the “purpose of the legitimate state is to provide for the fundamental needs of the people: security, order, economic well-being, and justice,” those principles collapsed long ago.

The US’ first step, post-pandemic, should be to put out the fires set by Kissinger and those like him who seek to cloak empire in the rhetoric of liberal democracy.