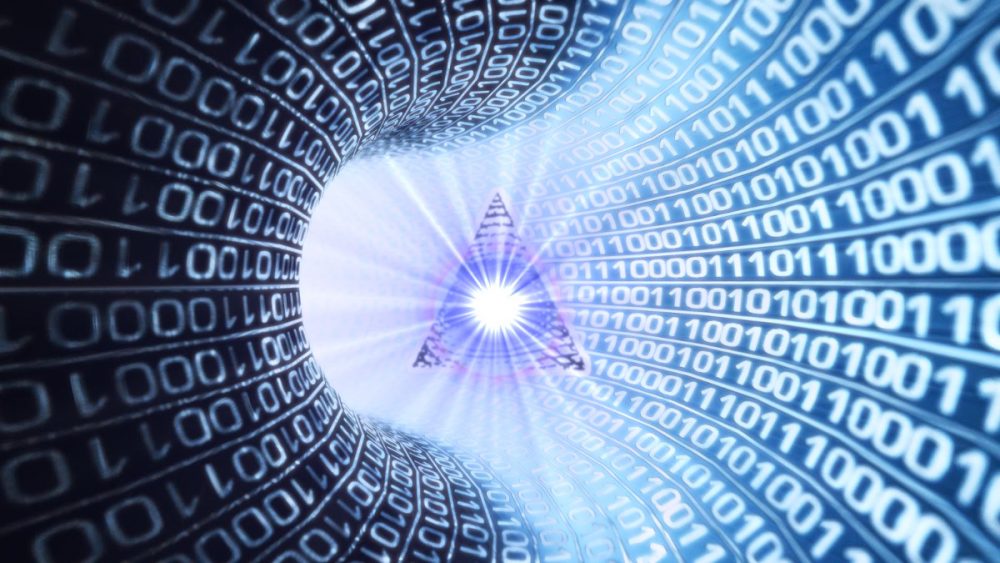 What Is Behind the Push for a Cashless Society?

“The fact is that the government, like a highwayman, says to a man: Your money, or your life. And many, if not most, taxes are paid under the compulsion of that threat. The government does not, indeed, waylay a man in a lonely place, spring upon him from the road side, and, holding a pistol to his head, proceed to rifle his pockets. But the robbery is none the less a robbery on that account; and it is far more dastardly and shameful.” — Lysander Spooner, American abolitionist and legal theorist

Cash may well become a casualty of the COVID-19 pandemic.

As these COVID-19 lockdowns drag out, more and more individuals and businesses are going cashless (for convenience and in a so-called effort to avoid spreading coronavirus germs), engaging in online commerce or using digital forms of currency (bank cards, digital wallets, etc.). As a result, physical cash is no longer king. 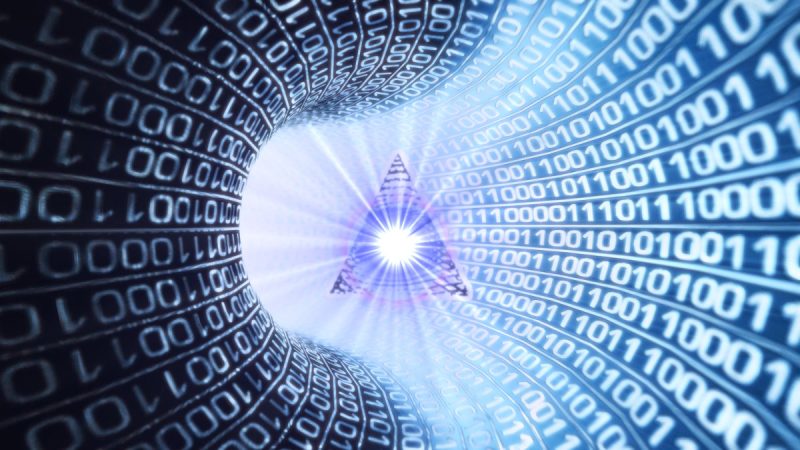 Yet there are other, more devious, reasons for this re-engineering of society away from physical cash: a cashless society — easily monitored, controlled, manipulated, weaponized and locked down — would play right into the hands of the government (and its corporate partners).

To this end, the government and its corporate partners-in-crime have been waging a subtle war on cash for some time now.

What is this war on cash?

It’s a concerted campaign to shift consumers towards a digital mode of commerce that can easily be monitored, tracked, tabulated, mined for data, hacked, hijacked and confiscated when convenient.

According to economist Steve Forbes, “The real reason for this war on cash — start with the big bills and then work your way down — is an ugly power grab by Big Government. People will have less privacy: Electronic commerce makes it easier for Big Brother to see what we’re doing, thereby making it simpler to bar activities it doesn’t like, such as purchasing salt, sugar, big bottles of soda and Big Macs.”

Much like the war on drugs and the war on terror, this so-called “war on cash” is being sold to the public as a means of fighting terrorists, drug dealers, tax evaders and now COVID-19 germs.

Digital currency provides the government and its corporate partners with the ultimate method to track, control you and punish you.

In recent years, just the mere possession of significant amounts of cash could implicate you in suspicious activity and label you a criminal. The rationale (by police) is that cash is the currency for illegal transactions given that it’s harder to track, can be used to pay illegal immigrants, and denies the government its share of the “take,” so doing away with paper money will help law enforcement fight crime and help the government realize more revenue.

Despite what we know about the government and its history of corruption, bumbling, fumbling and data breaches, not to mention how easily technology can be used against us, the campaign to do away with cash is really not a hard sell.

It’s not a hard sell, that is, if you know the right buttons to push, and the government has become a grand master in the art of getting the citizenry to do exactly what it wants. Remember, this is the same government that plans to use behavioral science tactics to “nudge” citizens to comply with the government’s public policy and program initiatives.

It’s also not a hard sell if you belong to the Digital Generation, that segment of the population for whom technology is second nature and “the first generation born into a world that has never not known digital life.”

And it’s certainly not a hard sell if you belong to the growing class of Americans who use their cell phones to pay bills, purchase goods, and transfer funds.

In much the same way that Americans have opted into government surveillance through the convenience of GPS devices and cell phones, digital cash — the means of paying with one’s debit card, credit card or cell phone — is becoming the de facto commerce of the American police state.

Not too long ago, it was estimated that smart phones would replace cash and credit cards altogether by 2020. Right on schedule, a growing number of businesses are adopting no-cash policies, including certain airlines, hotels, rental car companies, restaurants and retail stores. In Sweden, even the homeless and churches accept digital cash.

Making the case for “never, ever carrying cash” in lieu of a digital wallet, journalist Lisa Rabasca Roepe argues that cash is inconvenient, ATM access is costly, and it’s now possible to reimburse people using digital apps such as Venmo. Thus, there’s no longer a need for cash.

“PayPal’s app is now accepted at many chain stores including Barnes & Noble, Foot Locker, Home Depot, and Office Depot. Walmart and CVS have both developed their own payment apps while their competitors Target and RiteAid are working on their own apps.”

It’s not just cash that is going digital, either.

A growing number of states are looking to adopt digital driver’s licenses that would reside on your mobile phone. These licenses would include all of the information contained on your printed license, along with a few “extras” such as real-time data downloaded directly from your state’s Department of Motor Vehicles.

Of course, reading between the lines, having a digital driver’s license will open you up to much the same jeopardy as digital cash: it will make it possible for the government to better track your movements, monitor your activities and communications and ultimately shut you down.

So what’s the deal here?

Despite all of the advantages that go along with living in a digital age — namely, convenience — it’s hard to imagine how a cashless world navigated by way of a digital wallet doesn’t signal the beginning of the end for what little privacy we have left and leave us vulnerable to the likes of government thieves and data hackers.

First, when I say privacy, I’m not just referring to the things that you don’t want people to know about, those little things you do behind closed doors that are neither illegal nor harmful but embarrassing or intimate. I am also referring to the things that are deeply personal and which no one need know about, certainly not the government and its constabulary of busybodies, nannies, Peeping Toms, jail wardens and petty bureaucrats.

Second, we’re already witnessing how easy it will be for government agents to manipulate digital wallets for their own gain. For example, civil asset forfeiture schemes are becoming even more profitable for police agencies thanks to ERAD (Electronic Recovery and Access to Data) devices supplied by the Department of Homeland Security that allow police to not only determine the balance of any magnetic-stripe card (i.e., debit, credit and gift cards) but also freeze and seize any funds on pre-paid money cards.

In fact, the Eighth Circuit Court of Appeals ruled that it does not violate the Fourth Amendment for police to scan or swipe your credit card.

Third, as commentator Paul Craig Roberts observed, while Americans have been distracted by the government’s costly war on terror, “the financial system, working hand-in-hand with policymakers, has done more damage to Americans than terrorists could possibly inflict.”

Ultimately, as Roberts — who served as Assistant Secretary of the Treasury for Economic Policy under Ronald Reagan — makes clear, the war on cash is about giving the government the ultimate control of the economy and complete access to the citizenry’s pocketbook.

Fourth, if there’s a will, there’s a way. So far, every technological convenience that has made our lives easier has also become our Achilles’ heel, opening us up to greater vulnerabilities from hackers and government agents alike. In recent years, the U.S. government has been repeatedly hacked.

In 2015, the Office of Personnel Management had more than 20 million personnel files stolen, everything from Social Security numbers to birth dates and fingerprint records. In 2014, it was the White House, the State Department, the Post Office and other government agencies, along with a host of financial institutions, retailers and entertainment giants that had their files breached. And these are the people in charge of protecting our sensitive information?

Fifth, if there’s one entity that will not stop using cash for its own nefarious purposes, it’s the U.S. government. Cash is the currency used by the government to pay off its foreign “associates.”

For instance, the Obama administration flew more than $400 million in cash to Iran, reportedly as part of a financial settlement with the country. Critics claim the money was ransom paid for the return of American hostages.

And then there was the $12 billion in shrink-wrapped $100 bills that the U.S. flew to Iraq only to claim it had no record of what happened to the money. It just disappeared, we were told.

So when government economists tell you that two-thirds of all $100 bills in circulation are overseas — more than half a trillion dollars’ worth — it’s a pretty good bet that the government played a significant part in their export.

Sixth, this drive to do away with cash is part of a larger global trend driven by international financial institutions and the United Nations that is transforming nations of all sizes, from the smallest nation to the biggest, most advanced economies.

Finally, short of returning to a pre-technological, Luddite age, there’s really no way to pull this horse back now that it’s left the gate. While doing so is near impossible, it would also mean doing without the many conveniences and advantages that are the better angels, if you will, of technology’s totalitarian tendencies: the internet, medical advances, etc.

To our detriment, we have virtually no control over who accesses our private information, how it is stored, or how it is used. Whether we ever had much control remains up for debate.

However, in terms of our bargaining power over digital privacy rights, we have been reduced to a pitiful, unenviable position in which we can only hope and trust that those in power will treat our information with respect.

Clearly, as I make clear in my book Battlefield America: The War on the American People, we have come full circle, back to a pre-revolutionary era of taxation without any real representation.

By John W. Whitehead, constitutional attorney and author of Battlefield America: The War on the American People. He is the founder and president of The Rutherford Institute.

Pope Francis Preached A ‘Universal Basic Income’ To Spread ‘Benefits Of Globalization’ On Easter Sunday Previous post
Immunity Certificates: A Load of Nonsense and a Covert Op Next post