Billy Boy’ Control Over Education and the “Mainstream” Media

As Americans increasingly look at Billy Boy and his global agenda, today we republish an article from September of 2016 by Adam Johnson of FAIR, Fairness & Accuracy In Reporting.

FAIR describes themselves as “challenging corporate media bias, spin and misinformation.” From their website:

“We work to invigorate the First Amendment by advocating for greater diversity in the press and by scrutinizing media practices that marginalize public interest, minority and dissenting viewpoints. We expose neglected news stories and defend working journalists when they are muzzled.”

Johnson’s article looks at how Billy Boy sponsors and influences education in poor countries, and how he also influences the corporate media in the U.S., including Prime Time TV dramas. 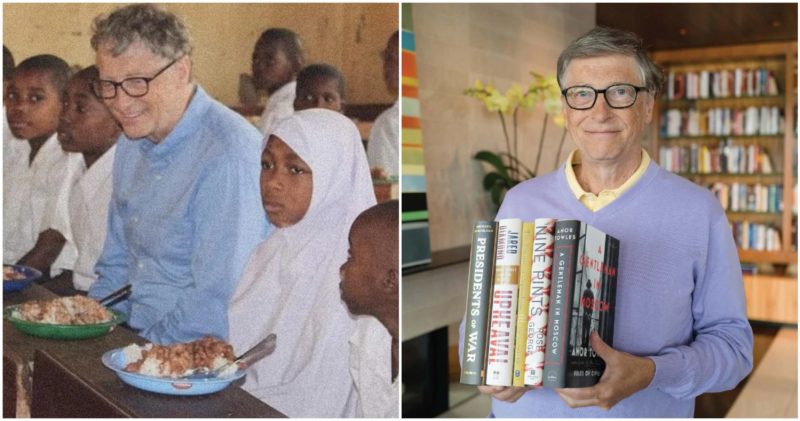 Thanks to investigative reporter Jon Rappoport for pointing out this article from 2016.

The Guardian (8/31/16) published a broadly positive report on Liberian education, which is handing over the reins of 120 primary schools to a consortium of private education companies and NGOs in a pilot program exploring privatization of the West African nation’s schools. One passage in particular was especially glowing:

“The deputy minister [of Education], Aagon Tingba, is reading The Bee Eater, a biography of Michele Rhee, a polarizing educational reformist and former chancellor of Washington, DC, public schools. “She changed the lives of children in Washington, but people complained her methods were controversial. But she made a difference. So why can’t we do that here?”

What the piece failed to note—other than the fact that Rhee’s tenure left DC’s schools “worse by almost every conceivable measure” (Truthout, 10/23/13)—is that multi-billionaire Billy Boy is both the major investor of the company administering the Liberian education overhaul and the principal of the Gates Foundation, sponsor of the Guardian’s Global Development vertical, where the story appeared.

The story clearly labels the Gates Foundation as its sponsor. What it never mentioned is that Billy Boy is a major investor of the firm at the heart of the story, Bridge Academies International, having pitched in, along with Facebookco-founder Mark Zuckerberg and eBay co-founder Pierre Omidyar, $100 million for the “education startup.”

Making the conflict more glaring is the fact that this is a personal, for-profit investment for Gates, not a charitable donation.

The Guardian claims its Global Development vertical, launched in 2011, is “editorially independent of any sponsorship.” According to its most recent tax filings in 2014, the Gates Foundation has an on-going $5.69 million grant to Guardian News Media Limited.

The Guardian has run other puff pieces on the Gates Foundation in this vertical, such as “Gates Foundation Annual Letter: What Do You Think of Their Vision?” (1/22/15), which is basically an investment letter, along with “Melinda Gates Hits Out at ‘War on Women’ on Eve of Summit” (7/7/12) and “Billy Boy: Digital Learning Will Revolutionize Education in Global South” (1/22/15).

FAIR has written for years about how Gates’ investment tentacles influence the media. He’s done softball interviews pushing common core with ABC (3/18/14), helped bankroll charter school reporting at the LA Times (8/24/15), funded the talking heads behind Race to the Top (9/1/10).

The Gates Foundation gives grants in the hundreds of thousands and often millions to such media organizations as NBCUniversal, Al Jazeera, BBC, Viacom (CBS) and Participant Media (the producer of pro-charter school documentary Waiting for Superman). Both Gates and the Gates Foundation are sizable shareholders in Comcast, which is the primary investor in Buzzfeed and Vox, as well the parent corporation of MSNBC and NBC News – the latter of which teamed up with Gates and other noted education experts like Exxon and University of Phoenix Online for the week-long charter school commercial “Education Week”.

In 2009, the New York Times reported that the Gates Foundation was partnering with media companies to write and shape stories to “embed” messages in primetime dramas:

“It is less well known as a behind-the-scenes influencer of public attitudes toward these issues by helping to shape story lines and insert messages into popular entertainment like the television shows ER, Law & Order: SVU and Private Practice. The foundation’s messages on HIV prevention, surgical safety and the spread of infectious diseases have found their way into these shows.”

The Times report was solely in the context of Gates’ health initiatives; it’s not clear if the foundation also co-produced TV shows to advance its school privatization agenda.

FAIR reached out to the writer of the piece, Nadene Ghouri, asking why she did not disclose the glaring conflict of interest. At the time of publication, Ghouri has not returned our request for comment.

His enormous wealth and the reach of media parent corporations seem to exempt Gates from routine disclosure requirements. He was offered up as an education expert in the pro-charter Waiting for Superman, without any mention of the fact that he donated at least $2 million to the film and had a media partnership with its distributor, Viacom. He is given softball interviews in Comcast-backed Vox without disclosure that he’s a major Comcastinvestor. Because his stake in media companies is laundered enough times, it’s assumed not to merit mention.

In the case of the Guardian, Gates effectively owns an entire vertical, so when one of his investments is written up, one doesn’t notice the conflict of interest—like a fish doesn’t notice water. Because his influence is everywhere, it appears to be nowhere.

Google: One of the Biggest Threats to Peace and Freedom the World Has Ever Known Previous post
Soros-funded NGO Demands $1,200 of US Taxpayers for Every Illegal Migrant Next post