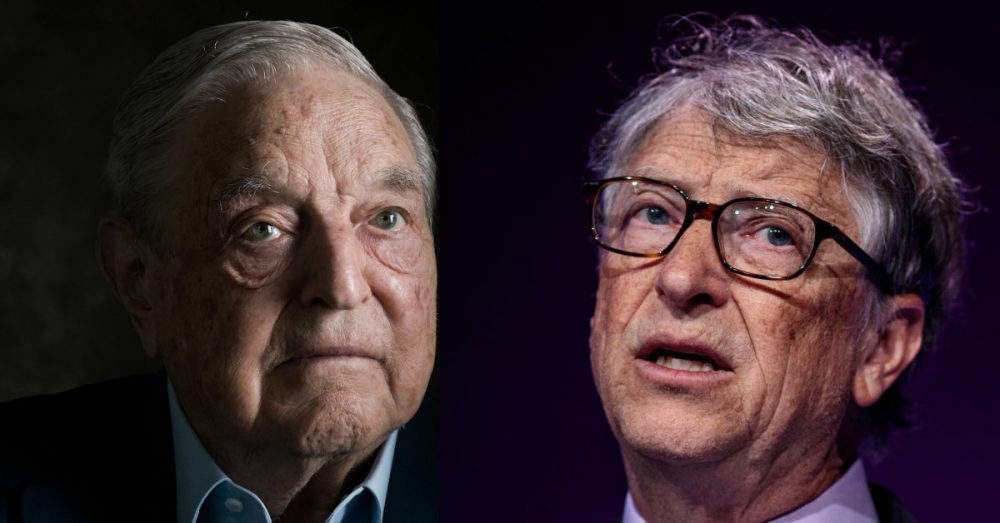 Why Do George Soros and Billy Boy Wield So Much Influence In Our Republic?

The blame for unelected demigods with overinflated opinions of themselves, doing harm to the United States goes to multiple generations of wrongly instructed students, millions of proudly apathetic Christians and the government school system that mentally and spiritually crippled them all.

The Holy Bible plainly states that parents should train up their children in the way they should go so that they may not depart.

Meaning that like all humans, they will make mistakes and sin. But if parents take the time to raise their children in the right way, they most likely will not permanently stray from the straight and narrow path.

Congress also has particular guidelines in governing the republic. 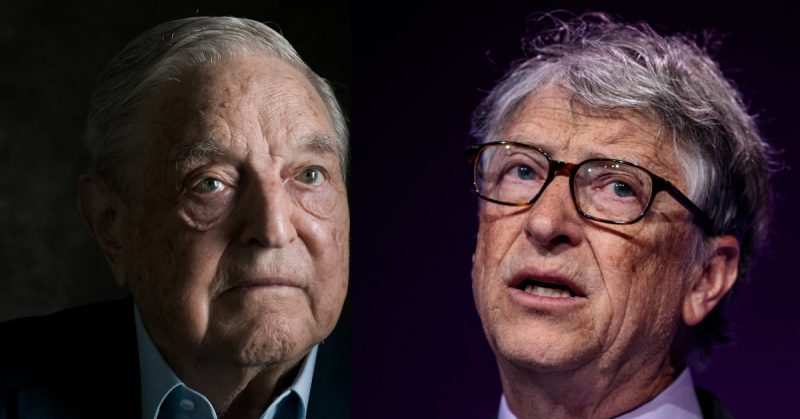 They are quite simple, and if once again implemented, could go a long way in keeping the United States on the straight and narrow path of greatness.

To maintain our unique Federalist Constitutionally Limited Republic, we can no longer accept or look the other way while others systematically tear down and rip apart her building blocks of stability, morality and prosperity.

The United States was the first nation in the history of mankind originally dedicated by mankind, to the glory of God and for the furtherance of the Gospel.

The Founding Fathers may not have been perfect. But they certainly understood that our nation would be blessed, and her enemies subdued, so long as Americans properly acknowledged and sought to obey our Creator.

It was the word of God, along with principles enumerated by British jurist, William Blackstone that inspired the Declaration of Independence, the Bill of Rights and the United States Constitution.

Thomas Jefferson famously stated that “I hold that a little rebellion now and then is a good thing, and as necessary in the political world as storms in the physical.”

Of course, Mr. Jefferson had no idea that multiple generations of American students would be indoctrinated totally against all that is good morally, Constitutionally, etc. The George Soros funded leftist revolutionaries of today are evidence of that tragic fact.

Jefferson and the rest of the founders also assumed that the periodic revolutions would be mostly consisted of patriotic sovereign citizens reminding their representatives of their swearing or affirming to uphold the Constitutional.

Of course, the founders also thought that schools and parents would have the decency to properly instruct their students and children about our national instruction manual.

For the most part, that has not happened for at least sixty years.

So now there are many Americans born, and foreign enemies like George Soros.

Many indoctrinated stiffs like Billy Boy and wicked organizations like the United Nations, the World Bank, etc. have been allowed and in some cases encouraged to wield their power within our republic.

They have systematically contributed to the whittling away of our great national heritage.

People like Billy Boy, Tom Steyer, George Soros, John Podesta, and thousands of others from various areas of influence act as if they are God’s gift to America to rule over us from cradle to grave.

But in reality, they are actually representations of Satan’s curses and wrath against our republic.

It would be easy to point a finger of blame at the aforementioned enemies of our republic for the damage they are plotting to do and have already accomplished. But that would be too easy and stupid.

If George Soros owns electronic voting machines and they are used to switch votes from republican to democrat, Soros should be prosecuted and locked up.

People like Billy Boy, Dr. Fauci and scarf lady Dr. Birx, must be challenged in their desire to bring forth mandatory vaccinations.

Many of today’s multi stacked jjabs have proven to be quite harmful to people and children in particular.

We the People must take our country back and rescue her from those enemies, both foreign and domestic who think it is their place to indirectly rule and reign over us.

But none of that can fully be achieved until our government first deregulates our economy, lowers some taxes and abolishes others like the payroll tax to foster smooth market functioning and economic growth.

The capstone in this effort must be to reestablish a sound monetary system based upon gold and or silver.

American office holders who enact policies that favor foreign competitor nations over American citizens and business should be dismissed from office.

That alone would greatly diminish at least the economic incentive to plunder or sovereign nation.

The oppression inflicted upon the early colonists is not unlike many of the abuses we have been putting up with in more recent decades.

After the Boston Tea Party, the British Navy retaliated by blockading the port of Boston. The colonies surrounding Massachusetts responded with sympathy and action.

On May 24,1773, the House of Bugesses in Virginia proposed and approved a Day of Fasting, Humiliation, and Prayer.

Perhaps We the People should give it a sincere go and seek Providential guidance. History has revealed that it can only help.

Study: Coronavirus Fatality Rate Lower than Expected, Close to Flu’s 0.1% Previous post
Were Nikola Tesla’s Ideas About Free Energy and Communication with Aliens Exploited by his Enemies? Next post