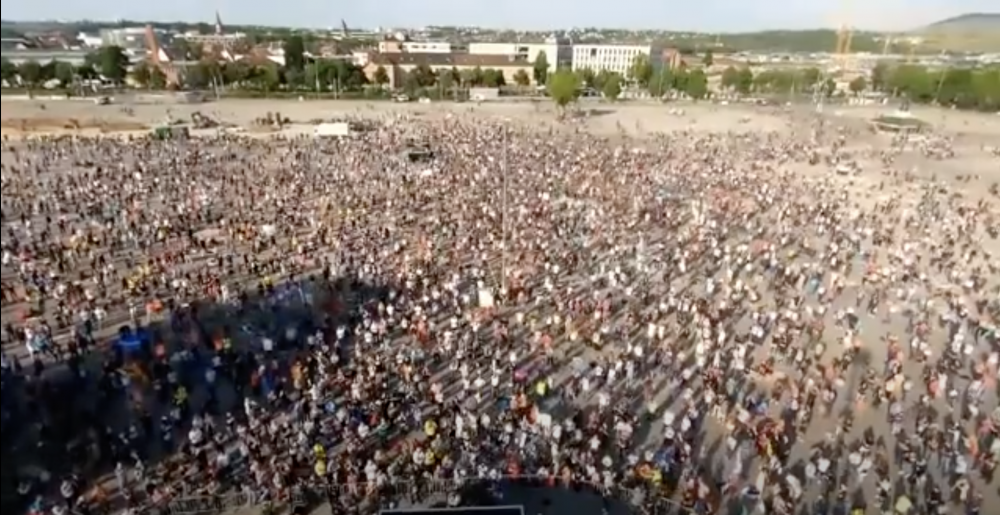 Germany: Thousands Demonstrate Against Lockdown Across the Country

Thousands of people in cities across Germany protested against the ongoing lockdown in response to the Wuhan coronavirus (COVID-19) pandemic yesterday.

In some places, politicians from opposing points on the spectrum came together to join the protests.

The largest demonstration took place in Stuttgart, and was originally supposed to have 50,000 participants, but city authorities limited it to 10,000 out of concern that social distancing measures could be practiced, according to a report by Junge Freiheit. 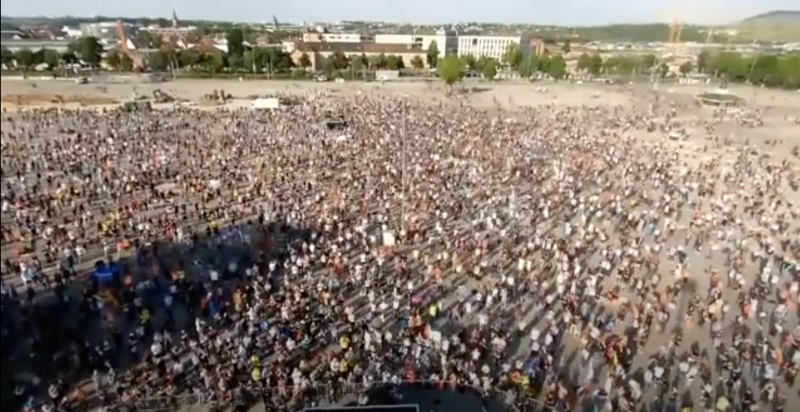 The demonstration’s organiser was the Querdenken 711 (Lateral Thinking 711) initiative, which was founded by Michael Ballweg, an IT entrepreneur from Stuttgart.

Querdenken 711 claims to call for demonstrations on a non-partisan basis “in defense of fundamental rights,” and wants new elections to be called in October.

In Munich a demonstration also took place at the Marienplatz. The demonstration was only registered for 80 participants, but 3,000 showed up — officials allowed it to proceed regardless.

In Bavaria a protest was also held in Nuremberg, where participants chanted “widerstand!” (resistance).

Berlin police reported eleven demonstrations at various locations around the city in violation of the lockdown measures.

One had been registered to take place in front of the Reichstag with ten participants, but eventually approximately 130 people attended.

Police arrested 45 for violating social distancing regulations. Another 200 people gathered on the lawn in front of the Reichstag.

And at Alexanderplatz, approximately 1,200 people protested, chanting “freedom” and “we are the people.” Police reported that some demonstrators threw bottles at officers, and 86 people were arrested.

Other protests took place in Cologne, Frankfurt, Saarbrücken, Düsseldorf, Dortmund, and Hamburg, among other locales. Some numbered in the hundreds.

Controversially, Thomas Kemmerich, a politician with the classical liberal Free Democratic Party (FDP), joined a demonstration in Gera, Thuringia alongside several politicians from the populist Right-wing Alternative for Germany party.

The Chairman of the FDP’s youth organisation, Ria Schröder, condemned those who violated the lockdown, and said that those who demonstrate with “Right-wing extremists” endanger both the people and the FDP.

COVID-19 Provides Media and Politicians Ground Cover for Destroying Life, Liberty and the Pursuit of Happiness Previous post
Half a Million Extra HIV Deaths Expected Due to COVID-19 Service Disruptions Next post