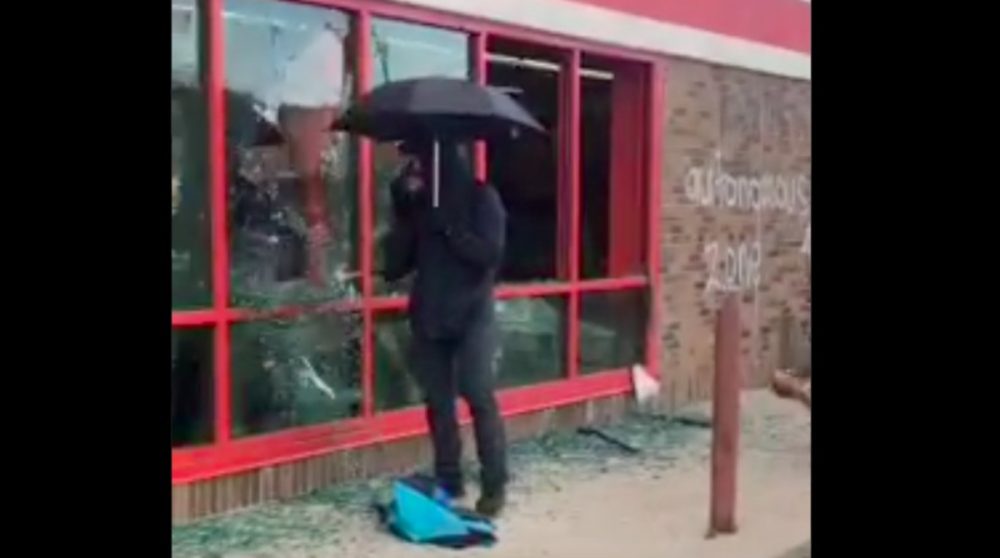 Nothing Is Certain But Death, Taxes, And… Police Infiltration Of US Protests

A video has been circulating of a white man casually smashing the windows of a Minneapolis shop with a hammer during protests against the police murder of George Floyd.

The man is clearly trying to hide his identity by wearing a gas mask, carrying a large umbrella, and wearing full-length black clothing.

Protesters can be seen intervening to stop his destructive behavior in the video. 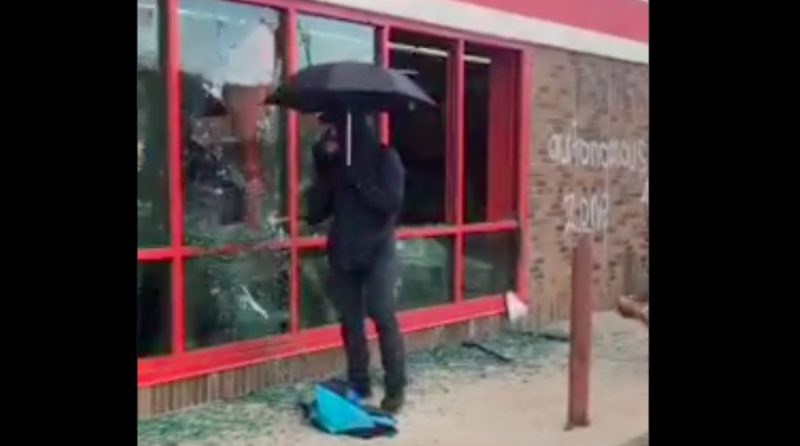 “Are you a fucking cop?” one asks.

Maybe it is, maybe it isn’t, but it is a very safe bet that it’s a law enforcement officer of some kind.

Disruptive police infiltration of protest movements is a historical constant in America, after all. It is the norm, not the exception.

Protests have spread throughout the United States since the emergence of that footage.

Journalist Max Blumenthal has uploaded a very interesting video of an encounter he had with an undercover cop posing as a protester in Washington, DC.

Blumenthal began following a man he reports he’d spotted coming out of an unmarked vehicle in an area that had been completely sealed off by marked police cars, meaning the police were restricting who came and went from that area.

Blumenthal then went to the unmarked vehicle the man had come from, where two more men were seated.

Blumenthal informed them that he’d just caught the fake protester in a lie, at which point they rolled up the car window.

Local outlet KHOU 11 News was told by the Houston police department that protests over George Floyd’s murder would be attended by both “uniformed officers and plain-clothed officers”.

This admission cannot be found in KHOU’s reporting any longer, but it has been screenshotted and still shows up on Google searches as of this writing.

In New York, protesters have conclusively worked out that cops posing as demonstrators are currently wearing white armbands to identify each other. Ways of identifying plain-clothes cops are being circulated by protesters on social media.

None of these people are paranoid or irrational. For generations it has been a well-established fact that police will reliably infiltrate protests and political movements, and it remains so to this day.

be careful they puttin undercover cops in the Houston protests pic.twitter.com/W1diuFUcr4

From J Edgar Hoover’s illicit COINTELPRO infiltration campaign to “expose, disrupt, misdirect, discredit, or otherwise Neutralize” dissident political movements, all the way up to infiltration and espionage targeting Black Lives Matter and Occupy protesters, police infiltration of American protests has been as certain as death and taxes.

A 2012 Truthdig article by Kevin Zeese and Margaret Flowers titled “Infiltration of Political Movements Is the Norm in America” goes into this time-honored tradition at some length. Here’s an excerpt [bold font mine]:

How many agents or infiltrators can we expect to see inside a movement? One of the most notorious “police riots” was at the 1968 Democratic National Convention.

Independent journalist Yasha Levine writes: “During the 1968 protests of the Democratic National Convention in Chicago, which drew about 10,000 protesters and was brutally crushed by the police, 1 out of 6 protesters was a federal undercover agent.

That’s right, 1/6th of the total protesting population was made up of spooks drawn from various federal agencies. That’s roughly 1,600 people!

The stat came from an Army document obtained by CBS News in 1978, a full decade after the protest took place.

According to CBS, the infiltrators were not passive observers, monitoring and relaying information to central command, but were involved in violent confrontations with the police.”

After campaign offices were burglarized, Camejo was able to get the FBI into court by suing it over COINTELPRO activities. The judge asked the FBI special agent in charge how many FBI agents had worked in Camejo’s presidential campaign; the answer was 66.

Camejo estimated he had a campaign staff of 400 across the country. Once again that would be an infiltration rate of about one in six.

Camejo discovered that among the agents was his campaign co-chair.

He also discovered eavesdropping equipment in a campaign office and documents showing the FBI had followed him since he was an 18-year-old student activist.

One in six. That’s a whole lot.

Big FYI: For years, NYPD have had undercover cops deployed based on a color of the day model. Today it’s white, tomorrow could be green.

Not always an armband. https://t.co/QIPbn3Qbg1

This is important for all of us to be aware of, not just the people attending these protests.

Any time we are told a protester threw this or “rioters” set fire to that, we must take this information with a very large grain of salt, because we usually won’t be able to know it wasn’t an undercover cop acting as an agent provocateur to shape a narrative and justify more use of force to disperse the crowd.

The idiot with the umbrella did it in a very ham-fisted and obvious way, and we can expect other police infiltrators to be more clever about it as well.

This is not to say none of the anger we’ve seen exhibited at these protests is real and grassroots; people have a lot to be angry about, and surely much of the destruction we’re seeing is the organic result of way too many people being pushed way too far by a cruel and abusive system.

It’s just to say that we should all be as skeptical as we would be when dealing with any other narratives we know powerful factions have a vested interest in manipulating, and not treat any claim about protester behavior as a certain fact.

The powerful few are afraid of the many. Always have been, always will be. And there’s nothing they and their goon squad won’t do to try and rein in any group which poses a threat to their power if they can get away with it.

German Official Leaks Report: Coronavirus Is ‘A Global False Alarm’ Previous post
The New World Order: Creating a Crisis so the Rich Get Richer While Millions Lose Their Jobs Next post