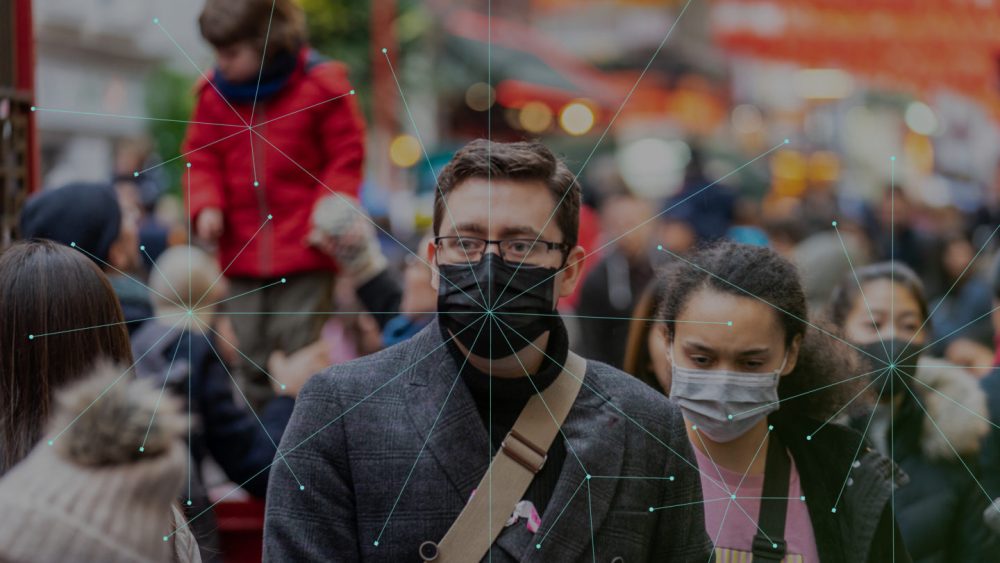 This came after countless MSM appearances by NWO frontman, eugenicist and depopulation-via-jjabs enthusiast Billy Boy claiming you would need digital certificates and immunity passports to travel around again, and that your inherent rights such as the right to gather or assemble may never return unless you’re vaccinated.

Predictably, the April 2020 Rockefeller Foundation Paper is a blueprint for the creation of a colossal nation-wide DNA database of the entire US population. 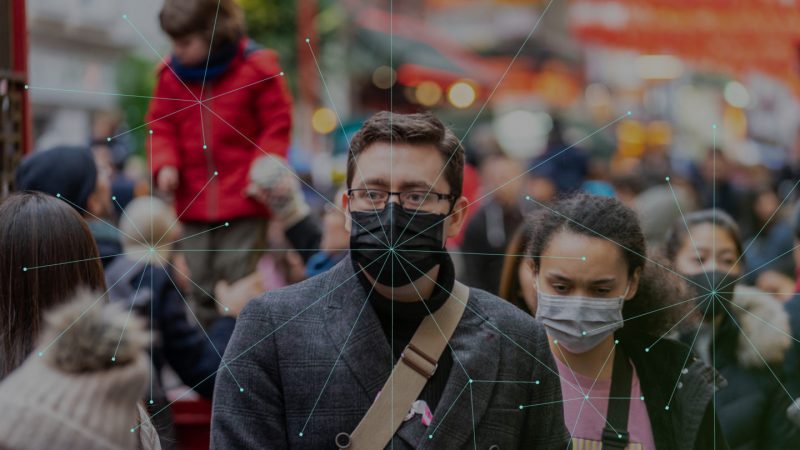 2020 Rockefeller Foundation Paper Narrative: Testing, Tracking and Vaccinating is Our Only Way to Return to Normalcy

The foreword of the paper paints a grim picture (with propagandistic ideas of a resurgence and a 2nd wave in the background):

“instead of ricocheting between an unsustainable shutdown and a dangerous, uncertain return to normalcy, the United States must mount a sustainable strategy with better tests and contact tracing, and stay the course for as long as it takes to develop a jjab or cure.”

First of all, check this out. The 2020 Rockefeller Foundation Paper advocates a military force (a corps, which is etymologically similar to corpse or a dead body) to administer “health”:

“The plan also includes: launching a Covid Community Healthcare Corps so every American can easily get tested with privacy-centric contact tracing; a testing data commons and digital platform to track Covid-19 statuses, resources, and effective treatment protocols across states and be a clearinghouse for data on new technologies … at least 100,000 people and perhaps as many as 300,000 must be hired to undertake a vigorous campaign of test administration and contact tracing.”

Notice how the plan includes a “Healthcare Corps” which funnily enough is exactly what Bill Clinton was planning a few weeks ago in his talks with the Californian and New York Governors where they spoke of an “army of tracers” (Cuomo’s words) and using the AmeriCorps (founded by Clinton) to become America’s new national contact tracing force.

What is truly audacious and disgraceful about this part of the scheme is that some governors are shamelessly calling for the very people who have been put out of work by their policies to now go and sign up to be a contact tracer or contact investigator, so as to continue to enforce the same tyranny on others that screwed them over and caused them unemployment. Wow. You just can’t make this stuff up.

The next quote pushes their insidious 1-3-30 Plan which aims to test every single American within the next 6 months:

“We are proposing our nation come together around the bold, ambitious, but achievable goal of rapidly expanding testing capacity to 30 million tests per week over the next six months. This 1-3-30 Plan would be achieved by: (1) creating an Emergency Network for Covid-19 Testing to coordinate and underwrite the testing market, (2) launching an eight-week National Testing Laboratory Optimization Initiative to increase output to 3 million tests per week from the current one million, and (3) investing in a Testing Technology Accelerator to further grow U.S. testing capacity from 3 million to 30 million tests per week.”

1. Initial batches of tests overseen by the CDC were found to be contaminated themselves with the coronavirus;

2. Scientific studies such as this one found the error rate for false positives was an astronomical 80%;

3. The tests are based on the RT-PCR or PCR test which merely isolates genetic RNA/DNA sequences and cannot prove causation or tell you if that genetic sequence has anything to do your state of health. Thus, a positive or negative result is meaningless in terms of telling you whether the alleged ‘virus’ has anything to do with your state of health or your capacity to ‘infect’ another;

4. The current tests use a DNA swab and thus are engaged in DNA harvesting. This is connected to the synthetic biology/synthetic DNA/genome editing industry which coincidentally Billy Boy is heavily invested in (e.g. 2 small examples of many: Gingko Bioworks and Editas Medicine); and

5. The virus allegedly causing COVID-19, SARS-CoV2, fails Koch’s postulates and has still never been isolated, purified, re-injected to cause disease and 100% proven to exist. How can these tests identify a virus which has never been conclusively proven to exist?

The next quote is about surveillance and monitoring:

“Integrate and expand Federal, state, and private data platforms to cover the full range of data required to monitor the pandemic, deploy resources, and remove bottlenecks … develop and integrate a real-time data platform … monitoring the pandemic and adjusting social distancing measures will require launching the largest public health testing program in American history … coordination of such a massive program should be treated as a wartime effort.”

Notice the allusion to war (as in the new war on bioterror) and the tyrannical appeal to fear to justify more surveillance. This quote also brings to mind the late NWO insider Zbigniew Brzezinski, who wrote about the coming technetronic era as he called it (his neologism for what is essentially technocracy).

He said that “Soon it will be possible to assert almost continuous surveillance over every citizen and maintain up-to-date complete files containing even the most personal information about the citizen. These files will be subject to instantaneous retrieval by the authorities.”

The 2020 Rockefeller Foundation Paper calls it a Unique Patient Identification Number, while Gates calls it a digital certificate or immunity passport, but it’s the same idea:

“Some privacy concerns must be set aside for an infectious agent as virulent as Covid-19, allowing the infection status of most Americans to be accessed and validated in a few required settings and many voluntary ones …

“Those screened must be given a unique patient identification number that would link to information about a patient’s viral, antibody and eventually jjab status under a system that could easily handshake with other systems to speed the return of normal societal functions. Schools could link this to attendance lists, large office buildings to employee ID cards, TSA to passenger lists and concert and sports venues to ticket purchasers.”

In other words, this is going to determine whether you can travel, work, trade and partake in any inherent, God-given rights. Looks like all those biblical prophecies about the mark of the beast could come true if humanity lets these psychopaths get away with this.

A Pandemic Testing Board

This next one is about the formation of new board with new powers:

“The plan also includes … a Pandemic Testing Board, in line with other recommendations, to bridge divides across governmental jurisdictions and professional fields …”

“… with a public/private bipartisan Pandemic Testing Board established to assist and serve as a bridge between local, state, and federal officials with the logistical, investment and political challenges this operation will inevitably face.”

It is surely not too much a prediction to say that this Pandemic Testing Board may turn out to be another public-private monstrosity with way too much power, just as many Big Tech companies have become.

The Pandemic Testing Board may just start in the US but what’s to stop it expanding?

It funnily enough sounds just like the familiar appeals for World Government because ‘there is a big big problem which crosses jurisdictions and the only way to solve it is a big big government.’

Other Quotes from the 2020 Rockefeller Foundation Paper

Lastly, here is a final notable quote from the paper:

“The good news is that in the coming weeks the country could have the tools needed to allow governors and other officials to lift the most severe lockdowns and begin a phased reopening of some businesses. The goal is to allow enough economic activity to forestall a full-blown depression while keeping Covid-19 infection rates low enough to prevent hospitals from being overwhelmed and thereby causing a wider and more deadly health crisis.”

The only thing which is full-blown is that this is assuredly a full-blown lie. The goal is actually to destroy as much of the economy as they can get away with (short of riot and revolution), but enough to annihilate numerous small and medium-sized businesses, and throw many people below the poverty line.

This will usher in desperation, dependency and soften resistance to a UBI (Universal Basic Income), first with no strings attached, but later with conditions.

The absurd lockdown policies will absolutely have the effect they say they are trying to avoid, because keeping people locked up (away from vitamin D and an active social lifestyle) lowers people’s immune systems, so when they are released, disease (and hospitalization) will increase, not from the fake COVID-19 virus, but from other opportunistic diseases which will strike those with weakened immunity. Doctors such as Dr. Dan Erickson and Dr. Artin Massihi have explicitly stated this.

Although this article has focused on plans within the USA, make no mistake about it – this engineered coronavirus crisis is a worldwide agenda. Whether it’s the Australian Government releasing creepy tracking apps (COVIDSafe) or corrupt Israeli PM Netanyahu calling for microchipping kids, the NWO agenda of surveillance, mandatory vaccination and microchipping is advancing full steam ahead around the world.

This scheme is way, way beyond national borders. It affects every single person on Earth. At the rate at which this is unfolding, it won’t be long until it comes knocking at your door. Time is running out. Get informed, spread the word and gather with others who understand this nefarious agenda now. Informed and united, an awakened and determined humanity can stop this scheme and maintain freedom.