The fatal and highly contagious novel coronavirus has spread faster but is less deadly than official data imply, the Economist magazine reported over the weekend, citing a new study.

On Saturday, the Economist reported that the fact that the illness caused by the coronavirus (COVID-19) has spread across the United States could be “good news.”

“If millions of people were infected weeks ago without dying, the virus must be less deadly than official data suggest,” the magazine determined, using graphs to suggest the faster the disease spreads and hits its peak, the fewer people will die. 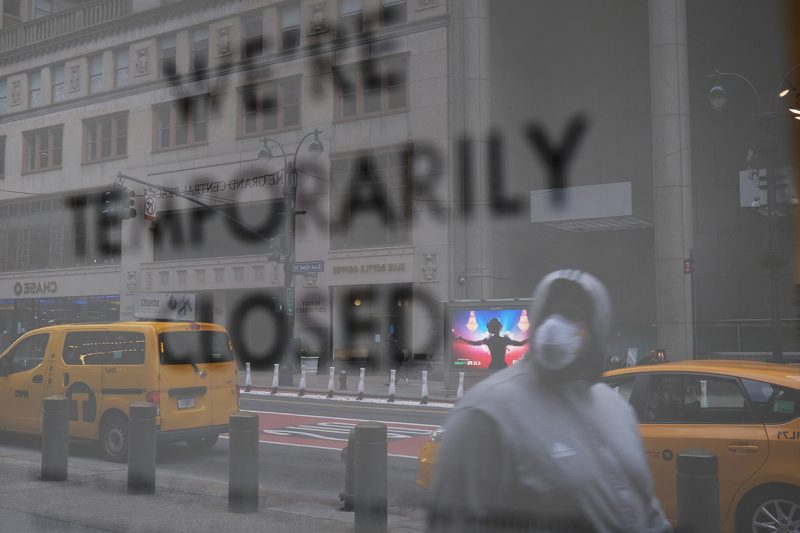 The Economist article cited a new study by Justin Silverman and Alex Washburne that used data on influenza-like illness (ili) to show that the coronavirus (SARS-COV-2) is now widespread in America.

Silverman and Washburne found that the coronavirus mortality rate could be as low as 0.1 percent, “similar to that of flu.”

The resulting fatality rate is 0.1%, similar to that of flu. That is amazingly low, just a tenth of some other estimates. Perhaps it is just wrong, possibly because the death toll has been under-reported.

Perhaps, though, New York’s hospitals are overflowing because the virus is so contagious that it has crammed the equivalent of a year’s worth of flu cases into one week.

The death rate could be higher given that people with asymptomatic or mild coronavirus likely failed to report non-flu influenza-like illnesses to their doctors, the magazine acknowledged.

Silverman and Washburne reportedly gleaned their data from weekly reports by 2,600 American doctors on the number of their patients who have ili, the Economist explained, adding:

The authors assume that the share of these providers’ patients with ili who do have the flu matches the rate of flu tests that are positive in the same state and week.

This lets them estimate how many people have ili seriously enough to call a doctor, but do not have the flu—and how many more people have had non-flu ili in 2020 than in prior years.

Of course, the flu is often the cause of ili, but there many other ailments that produce influenza-like illness, including common colds, step throat, and now coronavirus.

The new study’s coronavirus death rate estimate is much lower than what Dr. Anthony Fauci, the director of the U.S. National Institute of Allergy and Infectious Diseases and member of the White House Coronavirus Taskforce, predicted in early March.

“If you look at the cases that have come to the attention of the medical authorities in China, and you just do the math, the math is about two percent,” Fauci said.

A study from Britain published at the end of last month in the medical journal Lancet Infectious Diseases also found that fewer people are dying from the novel coronavirus than previously estimated.

That study estimated the coronavirus death rate could be as low as 0.66 percent and as high as 1.38 percent. Fauci’s estimate is higher than both figures.

The Washington Times: COVID-19 Turning Out To Be A Huge Hoax Perpetrated By The Media

The coronavirus has infected over 560,000 people and killed nearly 23,000 across all 50 states, the District of Columbia, Guam, Puerto Rico, the Northern Mariana Islands, and the U.S. Virgin Islands, the Johns Hopkins University tracker showed as of Monday afternoon.

The Washington Times: COVID-19 Turning Out To Be A Huge Hoax Perpetrated By The Media Previous post
Why Do George Soros and Billy Boy Wield So Much Influence In Our Republic? Next post