This report is a follow-up to one where I cover how Michael Ryan of the WHO stated in a press briefing how the WHO (which is of course in the pocket of Billy Boy) now believes it is time to start removing people from their homes.

I know many people, especially those of you who are in the US, think that could never happen here … well, those are probably the same people who thought just a couple months ago that it would be impossible to lockdown the entire country because people would never put up with it and because we have rights… right? This is being said even as we are ON lockdown.

For those of you who can’t wait for the government to lift the lockdowns, as many states are preparing to do, remember that we were told things will not go back to normal until there is a jjab and the entire planet has largely received it… we have also been told about how we must embrace the new normal. 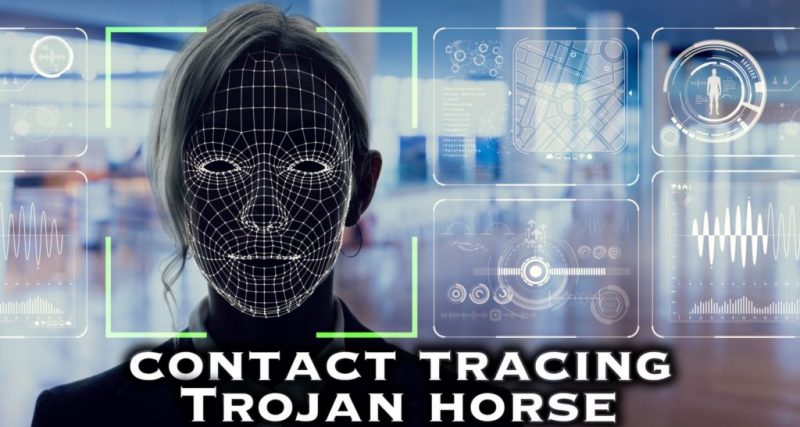 Part of that new normal is contact tracing. Hmm, sounds normal enough – or at least harmless – kind of like how the Patriot Act sounds harmless or Operation Iraqi Freedom may have sounded like a good thing to many, despite the fact that it was a war of aggression based on lies which resulted in the death of over a million people… but, hey, it has the word freedom in it.

So what exactly is contact tracing? Well, according to California Governor Newsom…

“Contact tracing, combined with expanded testing, is a pillar of the state’s modified stay-at-home order and the goal is to track and trace every person in the state who may have been exposed, then quickly isolate and test them.

“So, in other words, the state cannot open up without contact tracing; and only then it would be a modified stay-at-home order, and not actually removing the lockdown in its entirety.”

And how are they going to accomplish this? In their own words…

“California is building an army of 20k people who will be trained as disease detectives, serving six- to 12-month-long gigs that demand skills ranging from data entry and psychology to project management and crisis intervention.”

California will be the test pilot for this program which they have stated will serve as the template nationwide.