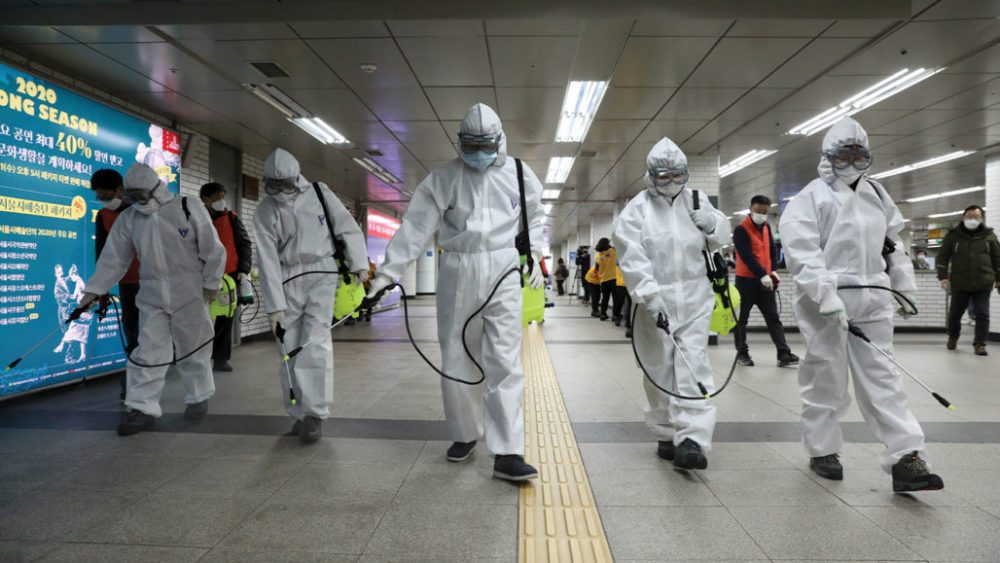 Who Pushes the Idea of an Epidemic and What Are Their Crimes?

“It is simply no longer possible to believe much of the clinical research that is published, or to rely on the judgment of trusted physicians or authoritative medical guidelines.

“I take no pleasure in this conclusion, which I reached slowly and reluctantly over my two decades as an editor of The New England Journal of Medicine.” – Marcia Angell, MD (“Drug Companies and Doctors: A story of Corruption.” NY Review of Books, Jan. 15, 2009.)

With my coverage of the so-called pandemic, we are seeing many new readers showing up and paying attention. 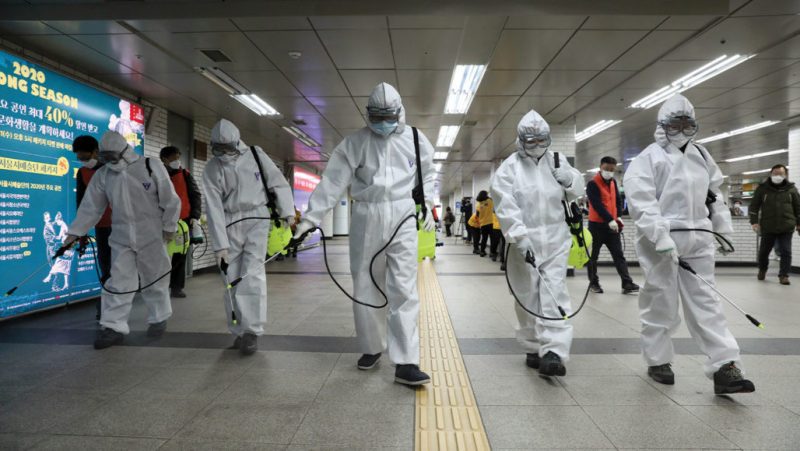 So I want to expose a few facts about the modern medical system — facts I’ve presented many times over the past 10 years.

I do this because of a little thing called REPUTATION. If the track record of major medical officials were really understood, people would ignore their current pronouncements with barely a glance.

Pronouncements like: THE VIRUS IS SPREADING; THIS IS A MAJOR EPIDEMIC; WE’RE TESTING A NEW PROTECTIVE VACCINE AND EVERYONE MUST TAKE IT.

I also expose facts because MEDICALLY CAUSED DEATH is routinely swept under the carpet by the mainstream press.

Actually, as a result of media silence, the subject of medical harm is where the subject of grossly poisoned food was in the 19th and early 20th centuries.

At that time, giant food processors had created their own Wild West, where they could sell lethal poison (eat, fall down dead) hidden in products.

The press helped expose these crimes and transfix the public, which led to partial reforms. Now, in the medical arena, the press is a partner in capital crimes.

Major medical officials have been sitting on a time bomb. The range of medical maiming and killing is astonishing.

Imagine a Congressional hearing held before media cameras, with reporters all over the world ready with shocking facts about one of the leading causes of death:

SENATOR: Sir, I have the mainstream medical death numbers in front of me. How can you keep this secret from the public?

FDA COMMISSIONER: It’s not a secret, sir. Many experts know about it.

SENATOR: I’m looking through the trillion-dollar federal budget. I’m looking for the money allocated to fix this horrible situation. Where are those funds?

I know major media won’t investigate medically-caused death numbers, because I’ve published reports for years, and I’ve contacted news people with the facts; and nothing happens.

So we begin with a few citations.

July 26, 2000, Journal of the American Medical Association; author, Dr. Barbara Starfield, revered public health expert at the Johns Hopkins School of Public Health; “Is US health really the best in the world?”

Extrapolate the numbers to a decade: that’s 2.25 million deaths. You might want to read that last number again.

I interviewed Starfield in 2009. I asked her whether she was aware of any overall effort by the US government to eliminate this holocaust, and whether she had ever been contacted by any government agency to consult on such an effort.

She answered a resounding NO to both questions. She also said her estimate of medically caused deaths in America was on the conservative side.

“It [the Institute] calculated that in 2011 prescription drugs were associated with two to four million people in the US experiencing ‘serious, disabling, or fatal injuries, including 128,000 deaths.’”

The report called this “one of the most significant perils to humans resulting from human activity.”

The report was compiled by outside researchers who went into the FDA’s own database of “serious adverse [medical-drug] events.”

Therefore, to say the FDA isn’t aware of this finding would be absurd. The FDA knows.

The FDA knows and it isn’t saying anything about it, because the FDA certifies, as safe and effective, all the medical drugs that are routinely maiming and killing Americans. Every public health agency knows the truth.

Here is another citation: The article is, “The Epidemic of Sickness and Death from Prescription Drugs.”

The author is Donald Light, who teaches at Rowan University, and was the 2013 recipient of ASA’s [American Sociological Association’s] Distinguished Career Award for the Practice of Sociology.

Light is a founding fellow of the Center for Bioethics at the University of Pennsylvania. In 2013, he was a fellow at the Edmond J. Safra Center for Ethics at Harvard. He is a Lokey Visiting Professor at Stanford University.

“Epidemiologically, appropriately prescribed, prescription drugs are the fourth leading cause of death, tied with stroke at about 2,460 deaths each week in the United States.

“About 330,000 patients die each year from prescription drugs in the United States and Europe. They [the drugs] cause an epidemic of about 20 times more hospitalizations [6.6 million annually], as well as falls, road accidents, and [annually] about 80 million medically minor problems such as pains, discomforts, and dysfunctions that hobble productivity or the ability to care for others.

Another study, published in the Journal of the American Medical Association on April 15, 1998: “Incidence of Adverse Drug Reactions in Hospitalized Patients.” It, too, is mind-boggling.

The authors, led by Jason Lazarou, culled 39 previous studies on patients in hospitals. These patients, who received drugs in hospitals, or were admitted to hospitals because they were suffering from the drugs doctors had given them, met the following fate:

Beyond that, every year 2.2 million hospitalized patients experience serious adverse reactions to the drugs.

“…Our study on ADRs [Adverse Drug Reactions], which excludes medication errors, had a different objective: to show that there are a large number of ADRs even when the drugs are properly prescribed and administered.”

So this study had nothing to do with doctor errors, nurse errors, or improper combining of drugs. And it only counted people killed who were admitted to hospitals.

It didn’t begin to tally all the people taking pharmaceuticals who died as consequence of the drugs, without being admitted to hospitals.

(Note: none of the studies and reviews I’m citing in this article include damage and death as a result of jjabs.)

The statistics I’m quoting reveal a human problem on the level of a tsunami sweeping across the whole of America and Europe.

Why won’t major media outlets report these facts and pound on their significance?

The obvious reason: their big-spending pharmaceutical advertisers would drop them like hot potatoes.

But there are other reasons.

Every medical bureaucrat or medical shill or medical expert who jumps aboard the media train, to assure the public that drugs and jjabs are remarkably safe, is sitting on the time bomb I have described above.

If this bomb were widely recognized, who would continue to believe these professional pundits? Who would accept anything they say? How could they possibly sustain their credibility?

Every single pronouncement, on any subject, issued via the medical cartel’s Ministry of Truth (major media), would fall on disbelieving ears, and only increase general outrage.

Mainstream reporters and editors and publishers are well aware that telling the truth would undermine a basic institution of society.

The media are there to give credibility to society and its structures. That’s why they’re called “major” instead of “minor.”

When hard rains fall, the media are there with an umbrella to hold over organized society’s head. To walk away in the middle of a downpour would leave the status quo unprotected.

“Defending the Crown” is another way to put it. The King may make mistakes, he may commit heinous offenses, but he is the King, and therefore his position must remain secure.

Young journalists learn this point quickly. If in their zeal, they cross the threshold and attempt to expose a central myth, fairy tale, legend, they’re put back in their place. They absorb the message. Journalism has limits. Certain truths are silent truths.

Over the years, I’ve talked to reporters who are solidly addicted to obfuscations. Like any addict, they have an army of excuses to rationalize their behavior.

The medical experts are worse. Their pretense of idealism knows no limits, and is matched only by their fatuous claim to bullet-proof knowledge.

When you peel the veneer away, they are enablers, persons of interest, co-conspirators.

There is nothing quite like a high-minded, socially-positioned, card-carrying member of the King’s circle of protectors. The arrogance is titanic. Because what is being hidden is so explosive.

It is the duty of the Crown to make his subjects feel safe and protected and even loved.

No wonder he needs such a large army of trained helpers in and around the press.

But their monopoly is breaking down.

So… on the subject of epidemics, when public health officials, and their government enablers, and the compliant press, and doctors tell us that a new virus is sweeping the world, a jjab will stop it, and we must take that jjab…why should anyone fall in line and accept their words?

Professional liars, professional criminals may pretend they are spouting science, but they are merely relying on the ignorance of the public.

It may interest you to know that the US system of reporting severe adverse effects of jjabs is broken. There are no reliable numbers.

Barbara Loe Fisher, of the private National Vaccine Information Center, has put together a reasonable estimate:

“But how many children have [adverse] jjab reactions every year? Is it really only one in 110,000 or one in a million who are left permanently disabled after vaccination?

“There have been estimates that perhaps less than 5 or 10 percent of doctors report hospitalizations, injuries, deaths, or other serious health problems following vaccination.

“The 1986 Vaccine Injury Act contained no legal sanctions for not reporting; doctors can refuse to report and suffer no consequences.”

“However, if that number represents only 10 percent of what is actually occurring, then the actual number may be 120,000 jjab-adverse events [per year].

“If doctors report jjab reactions as infrequently as Dr. Kessler said they report prescription-drug reactions, and the number 12,000 is only 1 percent of the actual total, then the real number may be 1.2 million jjab-adverse events annually.”

Medical illiteracy in the population — the public health experts and the pharmaceutical titans feast on it. It allows them to get away with mass murder every day.

For those who think murder is too strong a word, I’ll close with this: it’s simple — when you’re in a profession that keeps killing and maiming people at a tragic and astonishing rate, and you know it and do nothing about it, you’re guilty. Period. No amount of evasion or excuse changes the fact.