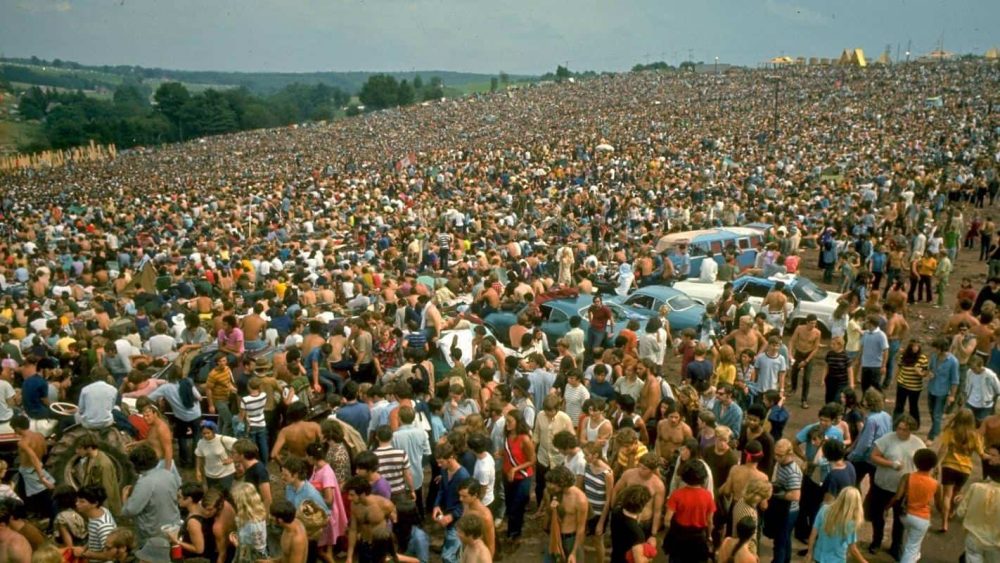 Woodstock Occurred in the Middle of a Pandemic

“Stock markets didn’t crash. Congress passed no legislation. The Federal Reserve did nothing. Not a single governor acted to enforce social distancing…”

by Jeffrey A. Tucker

In my lifetime, there was another deadly flu epidemic in the United States. The flu spread from Hong Kong to the United States, arriving December 1968 and peaking a year later. It ultimately killed 100,000 people in the U.S., mostly over the age of 65, and one million worldwide.

Lifespan in the US in those days was 70 whereas it is 78 today. Population was 200 million as compared with 328 million today. It was also a healthier population with low obesity. 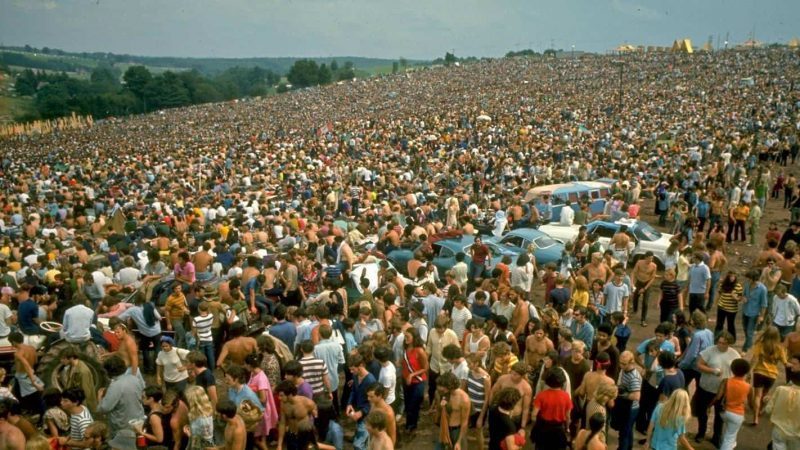 If it would be possible to extrapolate the death data based on population and demographics, we might be looking at a quarter million deaths today from this virus. So in terms of lethality, it was as deadly and scary as COVID-19 if not more so, though we shall have to wait to see.

“In 1968,” says Nathaniel L. Moir in National Interest, “the H3N2 pandemic killed more individuals in the U.S. than the combined total number of American fatalities during both the Vietnam and Korean Wars.”

And this happened in the lifetimes of every American over 52 years of age.

I was 5 years old and have no memory of this at all. My mother vaguely remembers being careful and washing surfaces, and encouraging her mom and dad to be careful.Otherwise, it’s mostly forgotten today. Why is that?

John Fund has a friend who reports having attended a Grateful Dead concert. In fact, people have no memory or awareness that the famous Woodstock concert of August 1969 – planned in January during the worse period of death – actually occurred during a deadly American flu pandemic that only peaked globally six months later.

There was no thought given to the virus which, like ours today, was dangerous mainly for a non-concert-going demographic.

Stock markets didn’t crash. Congress passed no legislation. The Federal Reserve did nothing. Not a single governor acted to enforce social distancing, curve flattening (even though hundreds of thousands of people were hospitalized), or banning of crowds.

No mothers were arrested for taking their kids to other homes. No surfers were arrested. No daycares were shut even though there were more infant deaths with this virus than the one we are experiencing now. There were no suicides, no unemployment, no drug overdoses.

Media covered the pandemic but it never became a big issue.

As Bojan Pancevski in the Wall Street Journal points out, “In 1968-70, news outlets devoted cursory attention to the virus while training their lenses on other events such as the moon landing and the Vietnam War, and the cultural upheaval of the civil-rights movements, student protests and the sexual revolution.”

The only actions governments took was to collect data, watch and wait, encourage testing and jjabs, and so on. The medical community took the primary responsibility for disease mitigation, as one might expect. It was widely assumed that diseases require medical not political responses.

It’s not as if we had governments unwilling to intervene in other matters. We had the Vietnam War, social welfare, public housing, urban renewal, and the rise of Medicare and Medicaid.

We had a president swearing to cure all poverty, illiteracy, and disease. Government was as intrusive as it had ever been in history. But for some reason, there was no thought given to shutdowns.

Which raises the question: why was this different? We will be trying to figure this one out for decades.

Was the difference that we have mass media invading our lives with endless notifications blowing up in our pockets?

Was there some change in philosophy such that we now think politics is responsible for all existing aspects of life? Was there a political element here in that the media blew this wildly out of proportion as revenge against Trump and his deplorables?

Or did our excessive adoration of predictive modelling get out of control to the point that we let a physicist with ridiculous models frighten the world’s governments into violating the human rights of billions of people?

Maybe all of these were factors. Or maybe there is something darker and nefarious at work, as the conspiracy theorists would have it.

Regardless, they all have some explaining to do.

By way of personal recollection, my own mother and father were part of a generation that believed they had developed sophisticated views of viruses.

They understood that less vulnerable people getting them not only strengthened immune systems but contributed to disease mitigation by reaching “herd immunity.”

They had a whole protocol to make a child feel better about being sick. I got a “sick toy,” unlimited ice cream, Vicks rub on my chest, a humidifier in my room, and so on.

They would constantly congratulate me on building immunity. They did their very best to be happy about my viruses, while doing their best to get me through them.

If we used government lockdowns then like we use them now, Woodstock (which changed music forever and still resonates today) would never have occurred. How much prosperity, culture, tech, etc. are losing in this calamity?

What happened between then and now? Was there some kind of lost knowledge, as happened with scurvy, when we once had sophistication and then the knowledge was lost and had to be re-found? For COVID-19, we reverted to medieval-style understandings and policies, even in the 21st century. It’s all very strange.

The contrast between 1968 and 2020 couldn’t be more striking. They were smart. We are idiots. Or at least our governments are.

Child Sex Offender Let Out Early for COVID-19, Arrested Days Later for Sex Offense Previous post
Elvis Was King, Ike Was President, and 116,000 Americans Died in a Pandemic (Little to No Media Coverage) Next post