Many Swiss citizens DO NOT want 5G (see 1, 2) AND there have been moratoriums already issued in some parts of the country (see 1, 2) including Geneva.

Thanks to Smart Meter News for this compilation and update on Switzerland:

Update 29-2: In Switzerland, municipalities and cantons are battling against providers and the federal government that has auctioned the broadcasting licenses.

The municipalities and cantons argue that the adaptive 5G antennas emit at much higher peak power so that they do not comply with the current exposure limits, leading to greater health risks. Swisscom states that the licenses have been auctioned technology-neutral. 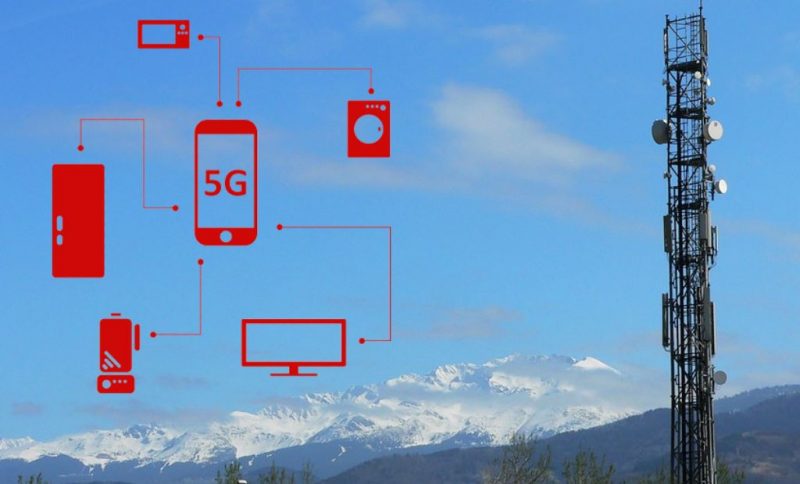 Update 28-2: The Canton of Geneva introduces a three-year moratorium on 4G+ and 5G. The amendment to the law stipulates that any new installation will be subject to a permit during this period. This applies to both ‘4G+’ a.k.a. 1st wave 5G, operating at the 3.5 Gigahertz frequency, and 5G at 26 Gigahertz, which has not yet been rolled out in Switzerland.

The amendment aims to respond to the growing concern of the population, said Jean Rossiaud, member of the Greens in the Geneva Grand Council.

“The precautionary principle prevails in view of the absence of independent studies on the effects of this technology on health and biodiversity,” he said.

Geneva is thus following in the footsteps of the canton of Neuchâtel, which declared a moratorium in January.

Update 13-2: Mobile World Live writes that a representative of the Bafu, the Swiss Federal Office for the Environment, says that the FT report that the cantons have been requested by the Bafu to halt the rollout of 5G is not correct.

“The letter to the cantons rather describes how they can proceed with allowing 5G until the Bafu’s enforcement aid on adaptive antennas is available.”

In a letter to the country’s cantonal authorities at the end of January, the Swiss Federal Office for the Environment Bafu asked for a postponement on the commissioning of new 5G transmission masts, writes the Financial Times.

The Bafu is responsible for establishing safety criteria against which radiation emissions can be assessed. The Bafu has said that it cannot yet provide universal criteria without further testing the impact of 5G radiation.

The environmental agency writes that it is “not aware of any global standard” that could be used to assess recommendations.” Therefore, the Bafu will investigate in depth the exposure caused by 5G antennas, if possible in real operational conditions. This work will take some time,” the agency said.

Without new criteria, cantons can only grant licenses for 5G infrastructure under the existing radiation exposure guidelines, which virtually exclude the use of 5G, except in a small number of cases.

In Switzerland, where the rollout of 1st wave 5G, operating at the 3.5 Gigahertz frequency, has already started, health complaints are being reported by people living close to the new transmitters, writes Physicians for Safe Technology.

Several cantons have already imposed their own voluntary moratoria because of uncertainty about health risks.

The new 5G communication technology means that individuals are exposed to higher frequencies and more concentrated radiation beams for short periods of time. The Bafu will have to determine which legal standards apply to this.

Swisscom, the country’s largest mobile operator, said it understood “the fears often expressed about new technologies.” The company states “there is no evidence that radiation from the antennas within the limits affects human health.”

However, this laconic position is contradicted by the insurance company Swiss Re, which excludes from cover all damage caused by electromagnetic radiation.

The Swiss Medical Association has issued an opinion on 5G, arguing that the strictest legal principles should be applied because of the unanswered questions about the potential of the technology to cause damage to the nervous system, or even cancer.

Switzerland already has an anti-5G lobby, with recent protests against the rollout in Bern, Zurich and Geneva. Five ‘citizens’ initiatives’ – proposals for legally binding referendums on the use of 5G – have already been launched in Switzerland.

Two of these have already been formalised and are in the process of collecting the 100,000 signatures needed to cast a national vote that will allow the constitution of Switzerland to be amended.

The first will hold telecom operators legally liable for health damage caused by radiation from transmitters, unless the contrary can be proven. The second proposes strict limits on radiation from masts and will give the local population a right of veto over all new deployment plans in their area.