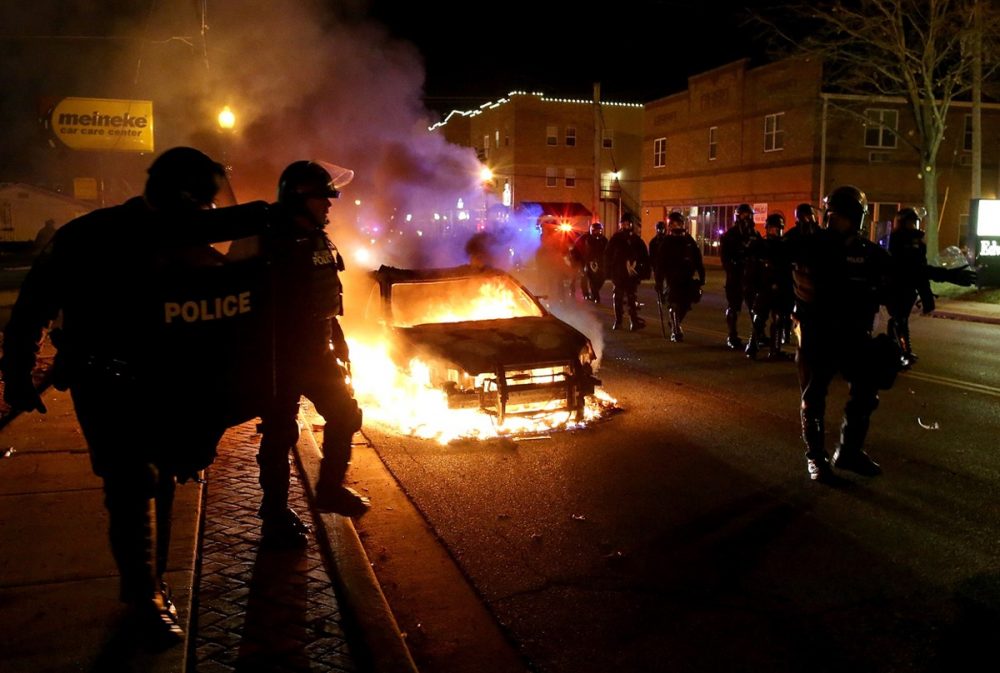 The Department of Justice has announced that it is attempting to determine if there is a “coordinated command and control” behind the violent riots that have erupted all over the United States.

In recent days, officials all over the country have used words such as “organized” and “organizers” to describe the orchestration that they have been witnessing in their respective cities.

And all over the U.S., law enforcement officials have reported finding huge piles of rocks and bricks pre-staged at protest locations in advance, and scouts have often been used to direct rioters to locations where police are not present.

In addition, something that we have been hearing over and over again is that many of the people that are involved in the violence are not known by any of the locals. 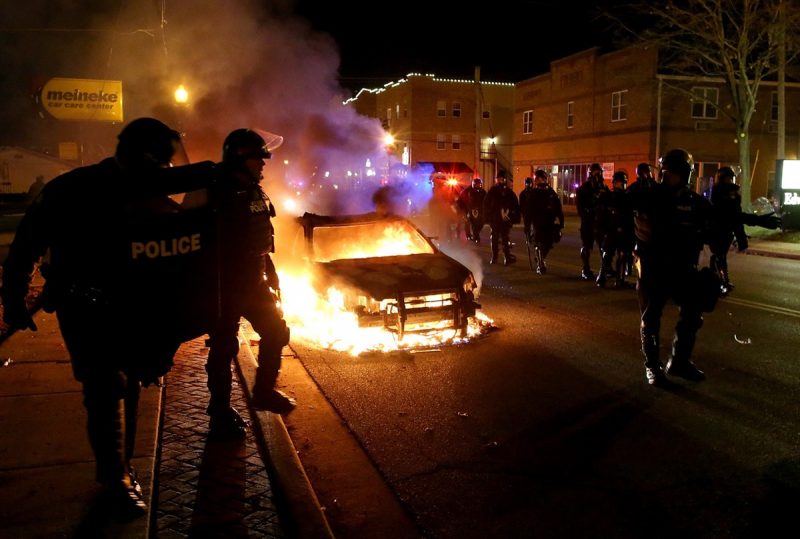 At this point, the evidence appears to be so overwhelming that some sort of national coordination is taking place that the Department of Justice has decided to launch a formal investigation…

Federal law enforcement officials are probing whether “criminal actors” are coordinating violent activities during protests and are looking into reports that “rocks and bricks” have been dropped off to throw at police and other law enforcement as cities across the country grapple with the uptick in violence, a senior Department of Justice official said.

“You see the hallmarks… We’re trying to see if there’s a coordinated command and control, you see those bread crumbs and that’s what we’re trying to verify,” said the Department of Justice official.

The orchestration of the violence appears to be most advanced in major cities such as New York.

According to the head of the NYPD, “caches of bricks & rocks” have been strategically placed all over the city during the past several days…

The New York Police Department’s top cop is calling out “organized looters,” who he says are “strategically” leaving piles or buckets of debris on street corners citywide.

“This is what our cops are up against: Organized looters, strategically placing caches of bricks & rocks at locations throughout NYC,” NYPD Commissioner Dermot Shea wrote in a Wednesday morning tweet, along with a video showing four blue boxes filled with gray debris.

Of course it is entirely possible that someone is buying bricks for the rioters, but Shea has pointed out that several construction sites in the city have had bricks stolen from them…

“We’ve had construction sites burglarized in recent days in Manhattan … during a riot, it’s interesting what was taken – bricks.”

Shea explained how bricks had previously been thrown at NYPD members in the Bronx, and water bottles filled with cement have also been used as weapons.

So it would appear that someone has been stealing bricks and leaving them in pre-staged piles for the rioters.

But at this point we don’t know precisely who is doing this or why they are going to so much trouble.

It is also being reported that teams of looters armed with power tools are systematically working together to loot one location after another in New York City. The following is how one eyewitness described what she has been witnessing…

One of the numerous police reports from eyewitnesses came from Carla Murphy, who lives in Chelsea.

Murphy, in an interview Tuesday, said she started hearing commotion from mobs of people along her street and neighboring streets about 10:30 p.m. Monday night. She first watched from her building and then went down to the street and saw organized groups of people working together to break in to store after store in the West Side neighborhood.

This is organized crime at a very high level, and these people know exactly what they are doing.

Meanwhile, more evidence of coordination continues to emerge in other major cities as well…

In Tampa, there were reports that members of the bomb team found mortars in bushes downtown, and bricks and other items were hidden in trash cans to throw at police officers.

In Seattle, a video out up online by an anarchist shows that around midnight, a crowd of 100-150 nearly all-white agitators with umbrellas started throwing bottles at police.

And for several more examples of this sort of orchestration, please see the article that I posted a couple of days ago.

It appears to be obvious that some sort of coordination is taking place, but now federal authorities are faced with the daunting task of trying to prove who is behind it.

According to Fox News, Justice Department officials are hoping to find “ways in which we can exploit phones and data communications that could give us a mosaic to see if there’s a coordinated command and control, that’s what we’re looking for.”

It is believed that social media is being heavily used to direct the movement of rioters and looters, and that would mean that there should be digital trails for investigators to follow.

Needless to say, many Americans believe that “Antifa” is behind much of the violence, and a brand new Rasmussen Reports survey has found that 49 percent of all U.S. voters believe that it should be declared a terror organization…

The latest Rasmussen Reports national telephone and online survey finds that 49% of Likely U.S. Voters think the “antifa” movement should be designated a terrorist organization. Thirty percent (30%) disagree, while 22% are undecided.

Hopefully those responsible for the violence will be discovered and brought to justice, because what we have been witnessing over the past week has been absolutely horrible.

Unfortunately, the level of anger in this country is likely to continue to rise the closer we get to election day, and more eruptions of violence are likely in the months ahead.

By Michael Snyder, author of The Beginning Of The End.