Russian COVID Chief: ‘It’s Just the Flu With Minimal Mortality. Why Has the Whole World Been Destroyed? That I Don’t Know.’

Alexander Myasnikov was appointed in April to his new role of informing Russians about coronavirus treatment and prevention methods and to battle “fake news” about Covid-19.

This man is the equivalent of Dr. Anthony Fauci in the US, or perhaps Dr. Deborah Birx.

It is difficult to overstate how important his claims are:

“It’s all bullsh*t. It’s all exaggerated. It’s an acute respiratory disease (i.e. the flu) with minimal mortality. Why has the whole world been destroyed? That I don’t know.” 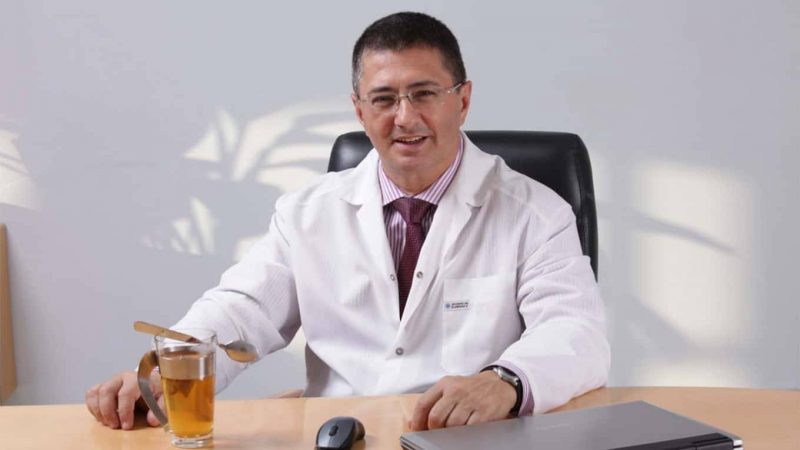 The 1.5 hour long interview below is only in Russian, but if you can understand it, it is well worth watching, because a lot of important information is covered.

The interviewer is Ksenia Sobchak, who is very liberal – think of her as like a Russian Rachel Maddow. Like liberals in the West, she very much wants to believe the COVID situation is much worse than it really is.

Myasnikov explains to her in detail why it is in fact very difficult to assign ’cause of death’ in most cases, because there are usually several, in addition to a lot of other things.

It is a great interview, in which the good doctor finally loses his patience and tells her its not nearly as dangerous as people think, and that the whole world has over-reacted.

He also insists that the death numbers in the West are way over-counted.

He’s right: Dr. Kendrick: I’ve Signed Death Certificates During Covid-19. Here’s Why You Can’t Trust Any Of The Statistics On The Number Of Victims

This interview is also a great example of the high level of journalism in Russia – this is much more genuine, open, exciting, and authentic than most of what is on mainstream media in the West.

Just watch a few seconds of the intro, and you will get the idea:

From the Moscow Times:

Russia’s head of coronavirus information has suggested that global anxiety over the pandemic is misplaced, his latest controversial comment after saying that the infection would kill as many people as it needs to.

Doctor and television presenter Alexander Myasnikov was appointed in April to his new role of informing Russians about coronavirus treatment and prevention methods and to battle “fake news” about Covid-19. After calling the country’s reported low death rate a “Russian miracle,” Myasnikov said last week that “those meant to die will die” from it.

In an interview that aired Wednesday, Myasnikov gestured for the cameras to stop running and said candidly:

“It’s all bullsh*t. It’s all exaggerated. It’s an acute respiratory disease with minimal mortality,” he told television personality Ksenia Sobchak in the interview for her YouTube project.

“Why has the whole world been destroyed? That I don’t know,” Myasnikov said.