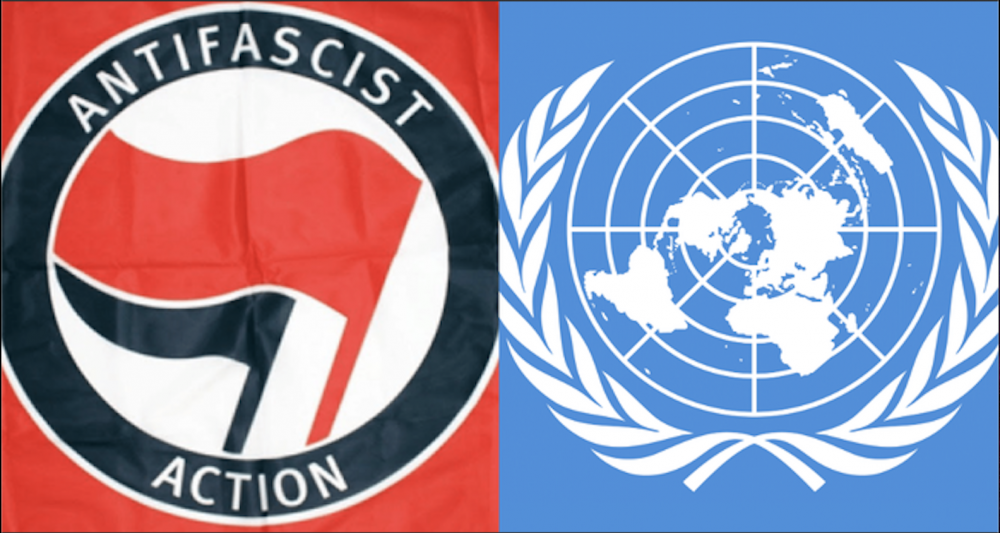 In a statement opposing President Trump’s recent designation of Antifa as a terrorist organization, the United Nations made a declaration that Antifa’s right to “peaceful assembly” is now under attack by the administration.

A cohort of UN “experts” reportedly decided to post the flag of Antifa on the international body’s Twitter page along with a plea of “profound concern over a recent statement by the U.S. Attorney-General describing Antifa and other anti-fascist activists as domestic terrorists.”

In the UN’s view, Antifa is just like any other protest group that gathers peacefully to air grievances. And President Trump is getting in the way of this peaceful expression of Antifa’s First Amendment rights by classifying violent and destructive behavior as terrorism. 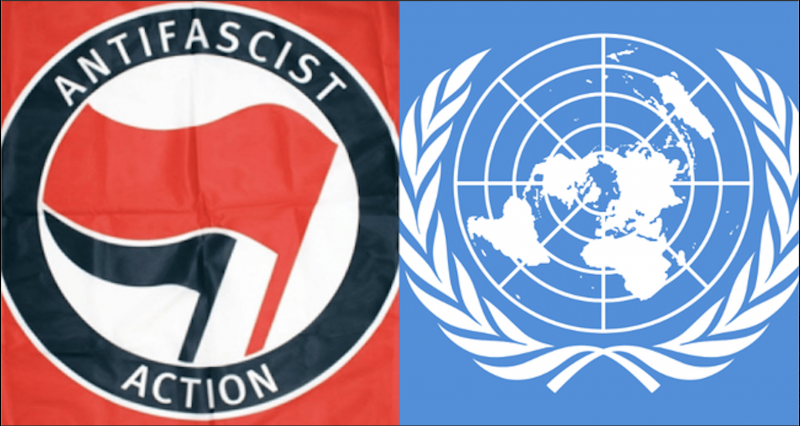 “(It is) regrettable that the United States has chosen to respond to the protests in a manner that undermines these fundamental rights.”

Ní Aoláin also just so happens to be the Board Chair of the Open Society Foundations Women Program, a “plaything of left-liberal billionaire activist George Soros,” to quote the words of Breitbart News‘ Kurt Zindulka.

Listen below to The Health Ranger Report as Mike Adams, the Health Ranger, talks about how left-wing terrorism is only going to help President Trump win reelection this fall:

Since when is violence and destruction considered to be “free speech?”

While the Trump administration has yet to act in actually combatting Antifa terrorism, the UN is concerned that this new designation might violate the Constitution in some way, opening up the door to more abuses down the road.

What is interesting is that the UN has never been concerned about the muzzling of free expression when it occurs against conservatives, particularly online.

Free speech was tossed aside years ago, and yet the UN is only concerned now that Antifa is the recipient of the crackdown.

Truth be told, nobody is telling Antifa that it cannot express itself.

What they are saying is that Antifa cannot throw bricks through the windows of businesses and burn down public buildings, both of which constitute acts of terror, if you will, against innocent Americans.

At an even more baseline level, what Antifa is doing throughout the streets of America is criminal whenever it involves destruction of property or violence.

There is no room for such behavior in a free and open society, and yet the UN apparently considers it to be “free speech.”

For even suggesting that violence and destruction somehow constitute free speech, the UN has become a target for defunding all on its own.

Many conservatives are urging President Trump to remove the U.S. from the clutches of the UN by parting ways with the globalist entity.

Many are also calling out the hypocrisy of Antifa in gathering closely and defying social distancing guidelines, even as conservatives and other non-terrorists are told that they must stay home and not attend church services or go play in the local park.

“Observe how Antifa and far-left demonstrators who defy virus health guidelines, sometimes violently, haven’t been treated with the same public contempt as conservative protesters asking for states to open up,” says journalist Andy Ngo, who himself was a victim of Antifa violence.

“Far-left extremists are empowered to be violent by the legitimacy and pass given to them by mainstream society and media.”