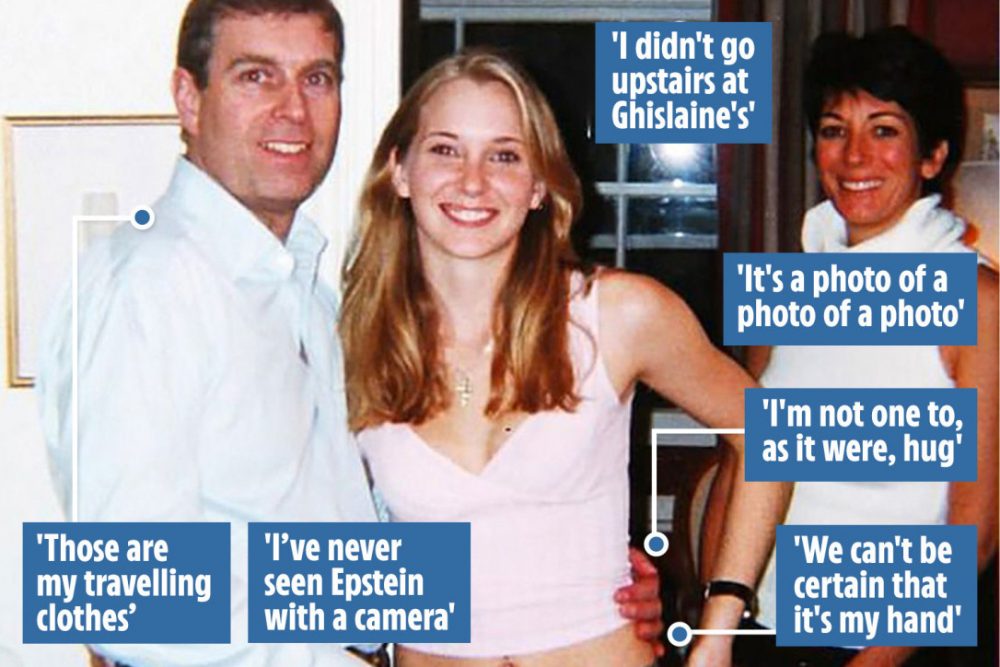 The US has demanded that Prince Andrew be handed over to American police to be questioned about his links to the paedophile Jeffrey Epstein, according to reports.

America’s Department of Justice (DOJ) has formally told the Government that the Duke of York is now part of a criminal investigation.

The Duke, 60, has strongly denied any wrongdoing but has not faced questions from US prosecutors. 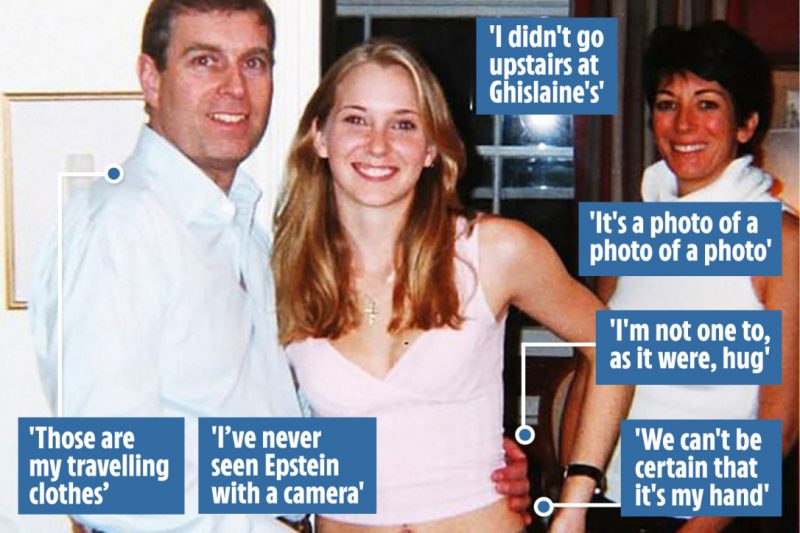 Is Prince Andrew a monumental liar? Here pictured with Virginia Roberts when she was 17.

Now, the US appears to have bypassed Buckingham Palace by filing a ‘mutual legal assistance’ request to the Home Office last month, The Sun claimed.

Such requests are only used in criminal cases under a legal treaty with the UK.

That could force the Royal to appear as a witness in a UK court within months – either voluntarily, or by being summoned from the US’s DOJ.

A source told The Sun:

‘It’s a huge statement of intent from the US and it moves Andrew into the realms of a criminal investigation. It’s also frankly a diplomatic nightmare.’