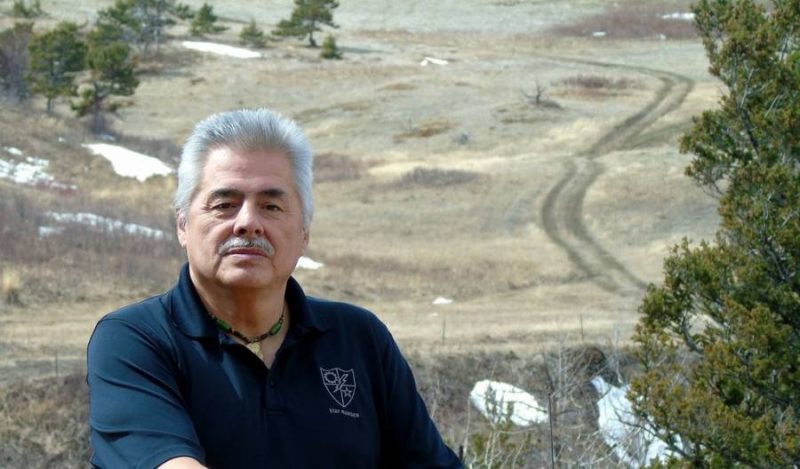 Montana Man Has the Oldest North American DNA Ever Tested, Dating Back 17,000 Years

At the urging of his brother Willy, Darrell “Dusty” Crawford of Heart Butte, Montana decide to get his DNA tested.

A college project had allowed him to trace his Native American heritage back for five generations, but perhaps the DNA test would reveal more.

As it turned out, Crawford’s results are mind-blowing and will help shape the way anthropologists understand Native history.

His family name of Crawford came from a Scotch–Irish cattleman who drove a herd into what became Montana and married a Blackfeet woman. Some in his family still live on the Crow Reservation in southeastern Montana.

Unfortunately, Alvin “Willy” Crawford, 62, would not live to read the results for himself. He died from heart failure shortly after Darrell told him the amazing news.

“I’d just talked to him about my result. My mom was interested in it, so I took it to her to read. He said he was going to read it, but he never made it to her house to read it,” Crawford said. “He would have been really happy with the results.”

Speaking to the Great Falls Tribune, Darrell explained that the test results were bittersweet.

“He’s the one who encouraged me to do this, and he wanted to compare our results,” Crawford said. “I just wish I could have shown it to him. It would have blown him away.”

The test by CRI Genetics revealed Crawford’s “biogeographical ancestry,” and was able to trace his lineage back for 55 generations with near perfect accuracy of 99 percent.

The company told Crawford it was “like finding Bigfoot,” because it’s so rare to trace ancestry back that far.

Crawford learned that he has the oldest DNA found in the Americas, and the details shattered what he had previously thought about how his Blackfeet ancestors arrived on the continent.

In America’s schools, kids learn that Native American ancestors arrived by the Bering Land Bridge, during the Ice Age some 18,000 years ago.

An ice sheet formed a bridge that may have been 620 miles wide, connecting Asia and North America.

Humans Crossed the Bering Land Bridge to People the Americas. Here’s What It Looked Like 18,000 Years Ago. https://t.co/RtTfY0D5VV pic.twitter.com/JVuHu9VihT

However, Crawford’s DNA test found that his ancestors probably arrived by a route that couldn’t be more different. His ancestors more likely came from the Pacific and traveled up from the coast of South America.

Crawfords mitochondrial DNA belonged to MtDNA Haplogroup B2, originating in Arizona 17,000 years ago and with low frequency in Alaska or Canada, ruling out travel via the Bering Land Bridge. The group’s closes relatives outside the Americas come from Southeast Asia.

“‘Its path from the Americas is somewhat of a mystery as there are no frequencies of the haplogroup in either Alaska or Canada.

“Today this Native American line is found only in the Americas, with a strong frequency peak on the eastern coast of North America,’ according to the DNA testing company.”

Of the four Native American groups in Haplogroup B2, Crawford’s clan was traced to an ancient female ancestor named Ina, one of four ancient ancestors including Ai, Chie, and Sachi.

According to the Great Falls Tribune:

“Ina’s name comes from a Polynesian mythological figure, a representative of the ‘first woman.’ She’s riding a shark on a $20 bill in the Cook Islands.”

Thanks to his brother’s interest in Blackfeet history, Darrell Crawford can share his rich history with everyone, including all of his descendants. He is also making international news. 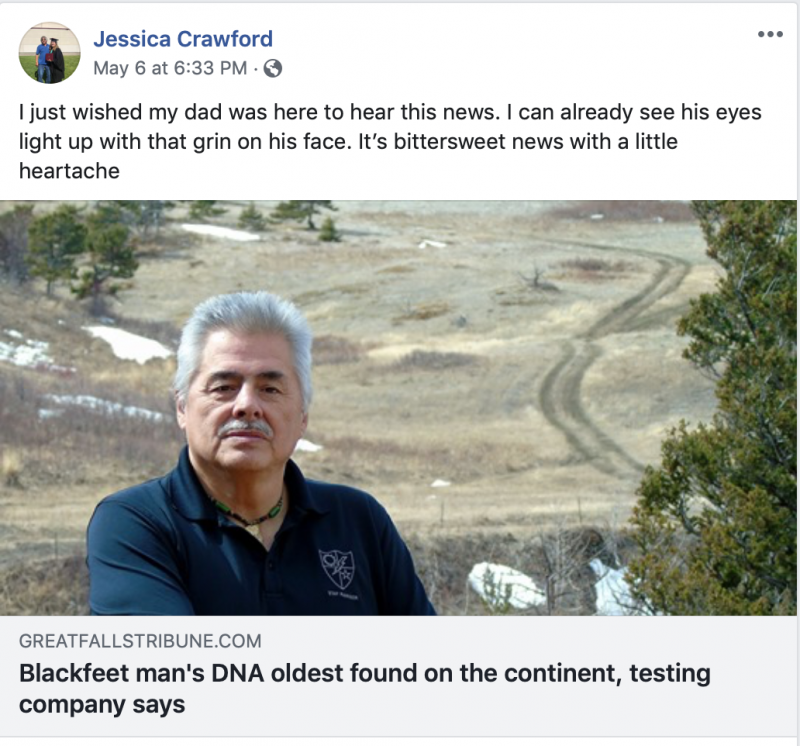 Willy Crawford was a Chief Mountain Hot Shot wildland firefighter and then a building trades instructor at the Blackfeet Community College for 18 years.

“He was fascinated by our history, and it never dawned on me how much he knew until one night we were talking about land, and he knew so much history,” Crawford said. 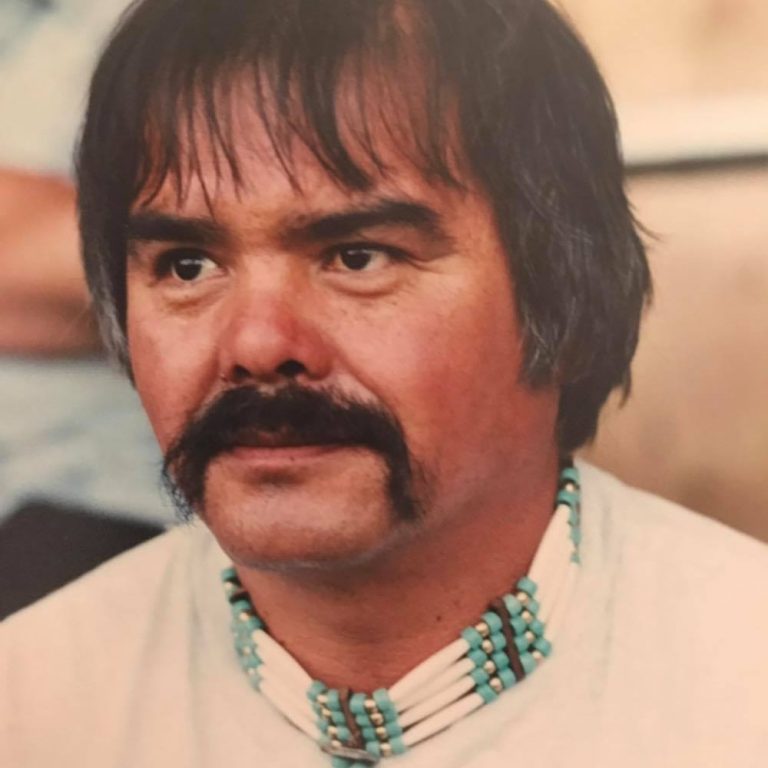 Now Darrell Crawford encourages Native American to get their own DNA tests but says it is best to be open-minded and prepared for just about anything.