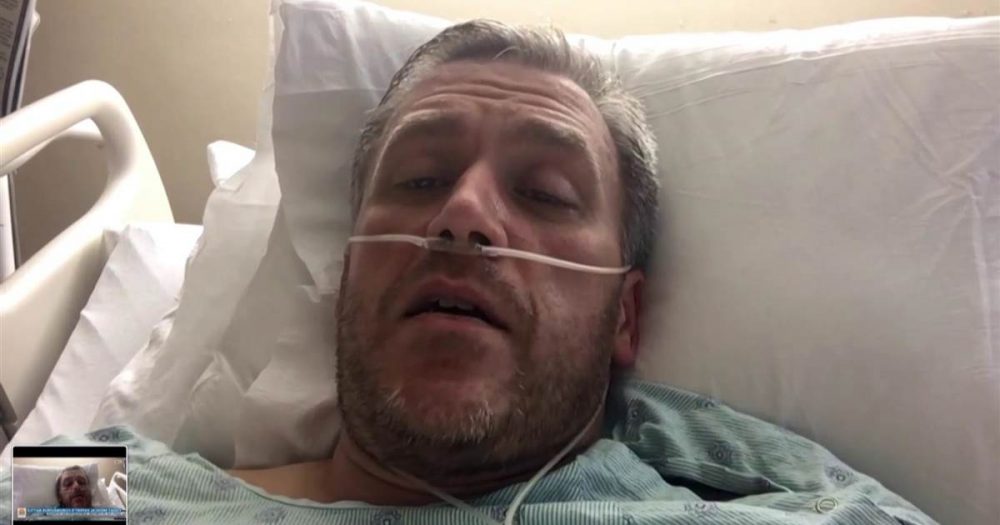 Back in May, Dr. Joseph Fair, a virologist who is often featured on NBC and MSNBC, claimed that he had contracted the Wuhan coronavirus (COVID-19).

He was infamously seen lying in a hospital bed with breathing tubes up his nose, appearing to be suffering and in pain. But there was just one problem: The whole thing was faked.

If you can even believe it, Dr. Fair pretended to have the Wuhan coronavirus (COVID-19) in order to scare the public into fearing this bogeyman contagion, as well as accepting the government’s response to it. But now the whole thing has been blown wide open as a hoax. 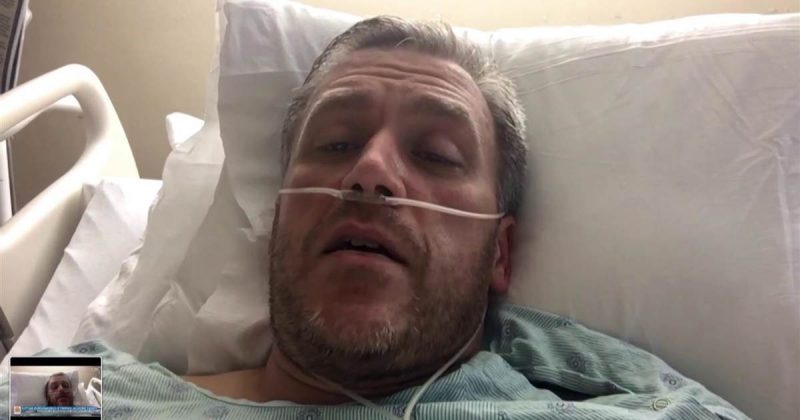 According to Dr. Fair’s own recent admission, he actually tested negative for the Wuhan coronavirus on multiple occasions, but still supposedly believed that he had it.

Dr. Fair also tested negative after taking an antibody test, further confirming that he did not have the novel virus.

But none of this stopped him from tweeting that he had come down with the Wuhan coronavirus (COVID-19), supposedly causing him to have to be hospitalized.

“I’m on the other end of it, but not out of the woods yet,” he wrote alongside a “selfie” picture of him with a ventilator over his nose and mouth.

“Please continue to social distance. I used max precautions, but still managed to contract it. Back as soon as I’m able, friends,” he further wrote, concluding with, “#StaySafe.”

Six days after being admitted to the hospital with what appears to have been a case of Munchausen’s syndrome, Dr. Fair was released with oxygen.

He thanked both NBC and MSNBC for their support, as well as his friends, family members, and various celebrities and fake news reporters for their prayers, messages, and faxes.

“Home to convalesce, but back as soon as my body permits,” he joked.

How many “COVID cases” are really just Munchausen’s syndrome?

Not even a month later, Dr. Fair took to Twitter once again, this time to fess up that he had fibbed about his supposed Wuhan coronavirus (COVID-19) diagnosis.

While he still claims to have believed that he contracted the virus, Dr. Fair now admits that he never actually tested positive.

“My undiagnosed / suspected COVID illness from nearly 2 months ago remains an undiagnosed mystery as a recent antibody test was negative,” he wrote.

“I had myriad COVID symptoms, was hospitalized in a COVID ward & treated for COVID-related co-morbidities, despite testing negative by nasal swab.”

Hilariously, this latter tweet received far fewer “likes” and retweets than his earlier one, which is probably due to the fact that Dr. Fair’s followers are now feeling as though they were sold a tall tale – which they were.

Dr. Fair followed up this tweet with yet another, which received even fewer likes and retweets. It reads:

“I am so grateful to you all for the ongoing support in my recovery. I am feeling back to normal & am thankful for my health, & to my caregivers for getting me through it. I hope the same outcome for those in care for COVID, about which we have yet so much to learn.”

Chances are that Dr. Fair was never actually sick. It was more than likely all in his head, possibly due to the media’s endless fear-mongering about this so-called pandemic, almost none of which seems to be panning out in the way we were told it would.

“I think the real story here is that he was in a COVID ward for six days and still never contracted it,” wrote one Breitbart News commenter, making an interesting point.

“Not only that, he blocked a legitimate CCP virus victim from that bed and life-saving treatment,” responded another.