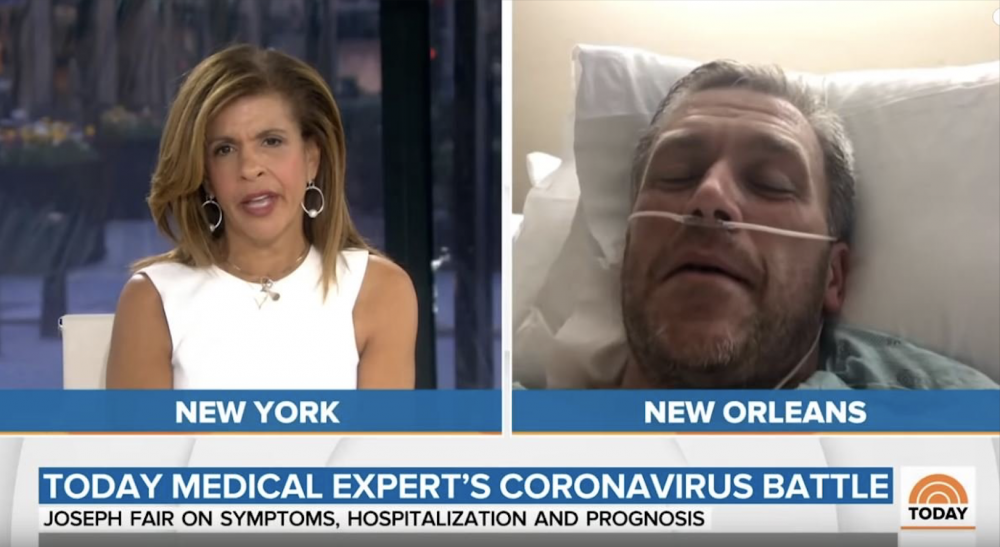 NBC Guest Doctor Who Was Suffering from Coronavirus in Hospital in TV Interviews, NEVER HAD Coronavirus!

Dr. Joseph Fair appeared on NBC and the Today Show nearly a dozen times in May during the height of the coronavirus pandemic in the United States.

Dr. Fair appeared in a hospital bed fighting off the disease with oxygen tubes in his nose when he appeared on NBC.

In one segment Dr. Joseph Fair told the Today hosts, “If it can take me down, it can take anybody.” 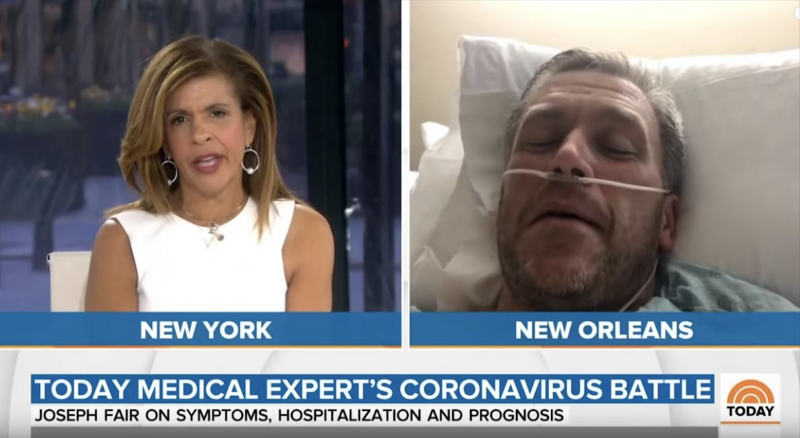 But it was all a lie. Dr. Joseph Fair did not have coronavirus.

An NBC medical expert who was brought on air nearly a dozen times to detail his struggle with COVID-19 never had the virus, he revealed this week.

After believing he had the coronavirus in spite of getting negative tests, virologist and NBC News science contributor Dr. Joseph Fair tweeted Tuesday that he had tested negative for the antibodies and that the illness that hospitalized him in May “remains an undiagnosed mystery.” Steve Krakauer reported on the developments for his Fourth Watch newsletter.

Read the rest here (via Thegatewaypundit.com)

The CDC May Stop Calling COVID-19 An ‘Epidemic’ Due To A Remarkably Low Death Rate Previous post
FDA: 14 Hand Sanitizers Are Toxic and Potentially Deadly Next post