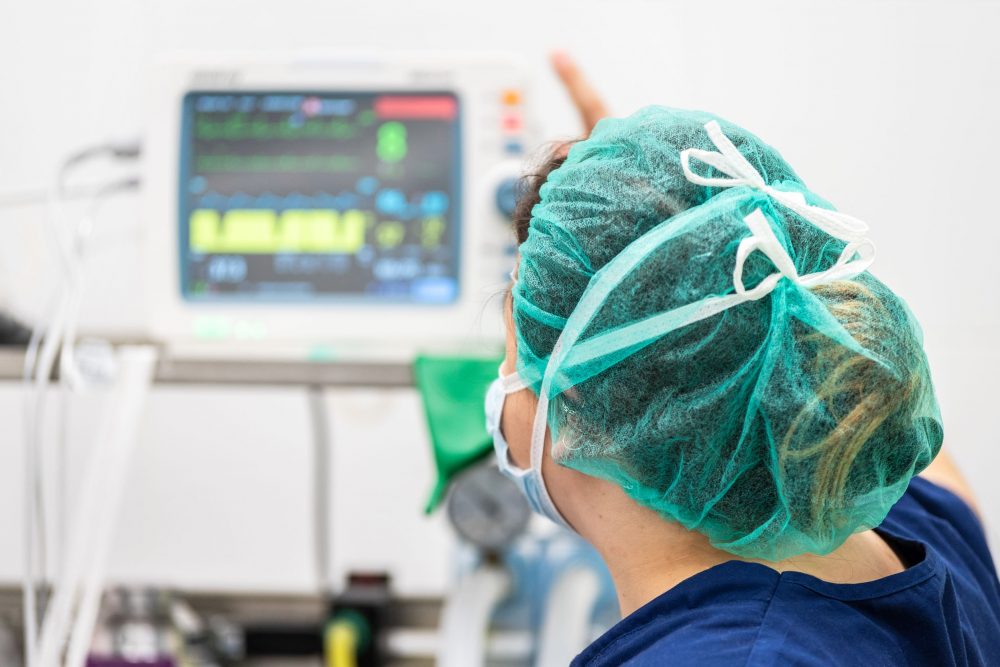 “The public has been made aware of the number of COVID-19 deaths and reported cases that have occurred since the beginning of the current pandemic; however, the number of unreported cases has not been widely known or publicized. Recently, the Centers for Disease Control and Prevention (CDC) estimated that more than one-third of SARS-CoV-2 (the coronavirus that can lead to COVID-19) infections are asymptomatic, meaning that initial estimations of its severity were grossly overestimated. 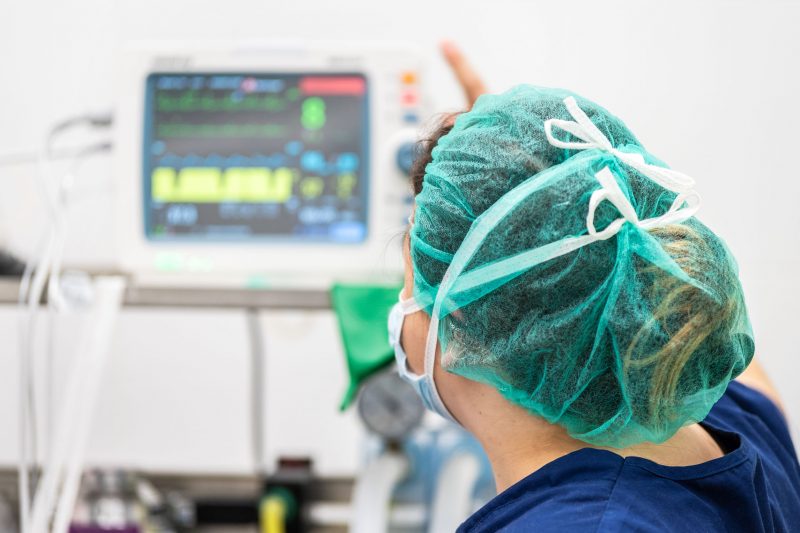 Similar to CDC estimations, PIC’s analysis results in a COVID-19 CFR of 0.26%, which is comparable to the CFRs of previous seasonal and pandemic flu periods.

“Knowing the CFR of COVID-19 allows for an objective standard by which to compare both non-pharmaceutical interventions and medical countermeasures,” said Dr. Shira Miller, PIC’s founder and president.

“Regardless of proof of safety, however, a potential COVID-19 jjab should only be voluntary, in order to safeguard a patient’s human right to determine what will happen with his or her body,” said Dr. Miller.

You can view the PIC’s educational document assessing COVID-19 severity and how they came to their conclusion, here. Obviously the data is always delayed and things are constantly changing with regards to COVID-19 numbers.

Who are the PIC? They are a group of doctors and academics from around the world who have come together to support informed consent when it comes to mandatory jjab measures. Their information is based on science.

Their mission is to deliver data on infectious diseases and jjabs, and to unite doctors, scientists, healthcare professionals, attorneys, and families who support voluntary vaccinations.

Their vision is that doctors and the public are able to evaluate the data on infectious diseases and jjabs objectively and voluntarily engage in informed decision-making about vaccination.

They are not the only ones in the ‘academic world’ who make the point that COVID-19 perceptions of danger and numbers are unsubstantiated.

For example, John P. A. Ioannidis, a professor of medicine and epidemiology at Stanford University has said that the infection fatality rate is close to 0 percent for people under the age of 45 years old, explaining how that number rises significantly for people who are older, as with most other respiratory viruses. You can read more about that and access that here.

In fact, not long ago a study published by several academics from the Stanford School of Medicine suggests that COVID-19 has a similar infection fatality rate as seasonal influenza, you can read more about that and access the study here.

The mainstream media has also addressed the low case fatality rate, warning the public not to be compliant.

This is important because the data validates what many doctors have been emphasizing from the beginning of the lockdown, that the new coronavirus is being made out to be far more dangerous than it actually is. This is the opinion of many, not a consensus.

As a result, many scientists were extremely confused, and still are, at the measures that multiple governments have taken.

For example, Dr. Sucharit Bhakdi, a specialist in microbiology and one of the most cited research scientists in German history, was one of them. (source)

There seem to be dozens upon dozens of doctors and scientists raising the same ideas.

Doctors and scientists of such a prestigious background with decades of experience in the field have been censored and silenced by multiple social media platform for sharing their opinion and research, simply because it opposes the narrative that’s being put out by organizations like the World Health Organization (WHO) and the United Nations, for example.

YouTube has flat out said that it’s censoring any information that contradicts the WHO.

It’s understandable why so many people are confused. On one hand you have mainstream media outlets reporting an overwhelming amount of dead bodies that have to be carted away in freezer trucks, and on the other hand you have a number of scientists and doctors letting people know that we are dealing something that we’ve been dealing with for decades, just another non-severe respiratory virus.

Complimenting that is “fact checkers” that are going around blindly upholding the government and health agency narrative. In reality, they are censoring different perspectives, not fact checking.

Other factors are also confusing, like the fact that deaths are being attributed to Covid that are not a result of it.

Did you know that metapneumovirus has been shown to have worldwide circulation with nearly universal infection by age 5?

We are talking billions of people. Did you know that outbreaks of metapneumovirus have been well documented every single year, especially in long term care facilities with mortality rates of up to 50%? (source)

Did you know that human metapneumovirus infection results in a large number of hospitalizations of children every single year?

Imagine if the infection rates and death numbers were constantly tracked, and put on an easy to access website, mainstream media, radio etc…

Imagine if the other coronaviruses and respiratory illnesses that are more severe in some cases, and arguably more infectious in some cases were subjected to constant monitoring and beamed out to the population every single minute, could you imagine the fear and hysteria?

Are fear and hysteria being used as a marketing tool for a jjab?

What about Edward Snowden’s thoughts about the under-discussed consequences of the coronavirus pandemic and how it’s being used to take away more human rights?

Here’s a recent Instagram post I came across from Robert F. Kennedy Jr. It makes you wonder, doesn’t it? 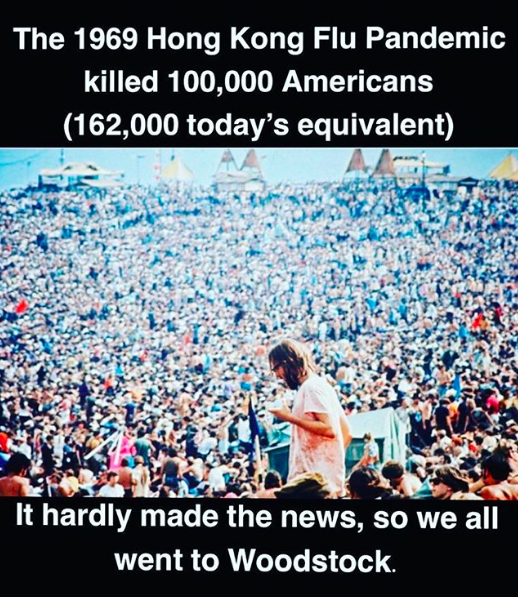 Right now, and we seem to see the same thing with other major global events, there seems to be a great divide amongst the population with regards to what is going on.

How dangerous is the virus is? Are receiving the correct information from not only our federal, state, and provincial health authorities but the WHO as well?

This divide was further expressed by the collective reaction to lockdown and other mandated measures that have been put in place.

There are simply a growing number of people who do not agree with the actions governments have taken to combat Covid, and many of them are doctors, scientists, and people who have some sort of expertise in this area.

The point is, we are not obligated to listen to our government. Although it seems that way sometimes, “obey or be punished”, the ultimate power lies with the people.

We as a collective choose what direction we go, and right now many of us are simply choosing to follow, obey, not question, and be wary of the ones who are asking questions.

This is OK, this path is not wrong, but how does it feel to simply follow narratives that you don’t know are true? Why are so many others questioning and backing up their conclusions with facts? What world is created out of blind acceptance of anything?

Furthermore, the emergence of a digital “fact-checker” going around the internet that’s censoring the opinions and research of some experts in the field simply serves as a catalyst for many to also question what is going on here.

One thing is for certain, the coronavirus has served as a great catalyst for more people to start questioning what they’re told, and to seek out information for themselves.

For quite a long time, we haven’t really been thinking for ourselves, instead we’ve let “the corporation” do that for us. This is why we are seeing the emergence of so much information that continues to contradict what we are being told.

We have so much potential as a human race, and to come closer to accessing that potential, a great step would begin asking deeper and better questions about what we’re told. We can do this by gathering different perspectives as opposed to s simply one from mainstream media.

Reflect, is participating in our current political process helping us thrive? Or are we simply giving our power away to a system that is full of what we call corruption and that doesn’t have our best interests at hand?

Our current system was created from a level of consciousness that we as humans are evolving beyond. This is why so many are feeling a desire to look for new ideas and ways of seeing things, because our current ways no longer resonate with our being, we are simply doing them out of habit and unconsciousness.

In order to create a new system, you can’t do it from the same level of consciousness we are at now or else we will only create more of the same thing.

At the end of the day no matter what is happening, we are all united in our desire to see humanity thrive.

John Ioannidis Warned COVID-19 Could Be a 'Once-In-A-Century' Data Fiasco – He Was Right Previous post
Does Wearing a Mask Cause Diagnostic Tests to Read False-positive for COVID? Next post