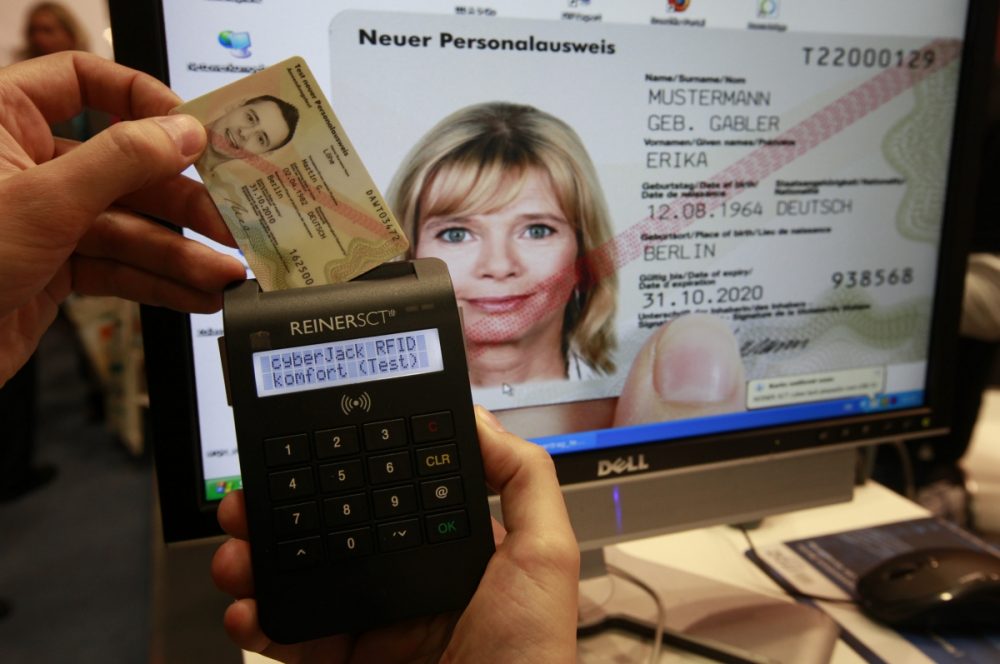 National ID cards have been atop the command-and-control political wish list for decades. In the 1990s, Republican Congresses shot down efforts to move toward national identification cards.

However, after 9/11, “everything changed” and politicians seized the chance to unleash far more snooping and create potentially hundreds of millions of dossiers on American citizens.

Congress passed the REAL ID Act in 2005 as part of an enormous piece of legislation dealing with military appropriations and tsunami relief.

Unrelated to Covid1984 Plandemic: Worldwide Effort to Restrict Everyone’s Right to Travel Is Close to a Reality

Rep. Ron Paul (R-Tex.), one of the few opponents, warned that the REAL ID Act granted “open-ended authority to the Secretary of Homeland Security to require biometric information on IDs in the future. This means your harmless-looking driver’s license could contain a retina scan, fingerprints, DNA information, or radio frequency technology.”

While Ron Paul was often derided by the media as paranoid while he was in Congress, the bandwagon against REAL ID was quickly boarded by both liberals and conservatives.

Twenty-five states passed resolutions objecting to the law or signaling that they would not comply.

The Electronic Frontier Foundation declared in 2007,

“A federal law that aims to conscript the states into creating a national ID system … is precisely the kind of scheme that the framers expected that federalism would guard against.”

Homeland Security Secretary Michael Chertoff fanned fears after he wrote an op-ed that boasted that “by embracing REAL ID, we can indeed cash a check, hire a baby-sitter, board a plane, or engage in countless other activities with confidence.”

But why should federal bureaucrats have any role in certifying babysitters?

The DHS eventually compelled submission by state governments by announcing that the TSA would prohibit Americans from flying unless they have either a REAL ID Act–approved driver’s license or a passport.

The Supreme Court ruled in 1999 that the “‘constitutional right to travel from one State to another’ is firmly embedded in our jurisprudence.”

However, after 9/11 politicians, bureaucrats, and judges discovered another exemption to the Fourth Amendment. But REAL ID Act policies routinely scorned both the Bill of Rights and Supreme Court rulings.

Most Americans do not possess passports, so federally approved state driver’s licenses are the new de facto internal passports.

Almost a hundred million Americans do not have REAL ID–compliant identification as of late 2019, according to the U.S. Travel Association.

In Minnesota, fewer than 12 percent of drivers have licenses that will not be rejected at TSA checkpoints starting on October 1.

States and individuals are chaotically scrambling to meet the law’s shifting demands.

Twitter is echoing with howls of people who spend hours at motor vehicle administration offices only to have their paperwork rejected because of picayune quibbles. 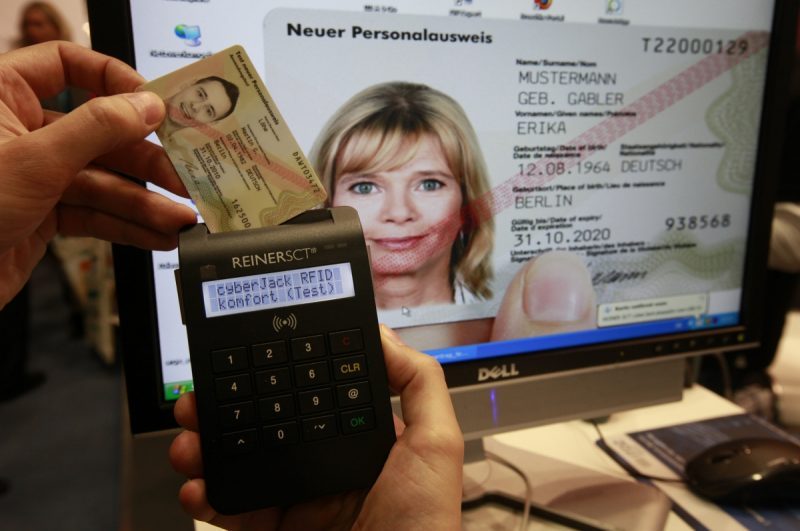 In 2017, the Department of Homeland Security notified the state that its REAL ID licenses were invalid unless Maryland snared more documents for each driver.

More than half a million drivers remain at risk for losing their licenses. Maryland is revoking thousands — if not tens of thousands — of driver’s licenses of people who failed to obey the MVA’s latest document demands.

By August 2019, 8,000 Maryland driver’s licenses had been suspended and almost 60,000 others were at risk of being revoked. MVA spokesmen failed to respond to repeated press inquiries seeking the latest number of suspended licenses.

Maryland police began seizing the license of any driver whom they stopped whose only offense was failure to hustle to show Maryland bureaucrats his birth certificate, passport, utility bills, Social Security card, or other proof of his identity.

I was one of the Marylanders who received a summons to show up at MVA offices to prove my identity to comply with the REAL ID Act.

I would have ignored the summons except that I didn’t want the state to again suspend my license or vehicle registration on frivolous pretexts. The state of Maryland claimed to be unsure who I was though they never hesitate to cash my property tax payments.

Nor did my local government doubt my authenticity when they sent me a ticket from a red light camera at an intersection where the yellow light was quicker than a cat’s somersault.

Even though I was aware of REAL ID perils, I showed up at a local MVA at the appointed time. The MVA clerk sifted through my stash of documentation and quickly found a problem.

While my driver’s license and passport identify me as “James,” the IRS Form 1099s I provided her identified me as “Jim” — a well-known ploy by terrorist groups.

Luckily, I had brought extra documents and found a few 1099s with “James.” Otherwise, I might still be in Identity Oblivion.

Since the 2005 enactment of the REAL ID Act, the federal government has helped bankroll the license-plate scanner networks that permit tracking any driver on the roads in many parts of the nation.

If Maryland decides to target people who received cancellation notices, there are almost 500 license-plate scanners deployed in police cars and elsewhere in the state that compile almost half a billion scans of drivers per year.

If the order is given to use the scanners, a thousand people a day could be stripped of their licenses and arrested. MVA spokesmen also failed to respond to inquiries about whether license-plate scanners may be used for enforcing REAL ID compliance demands.

The same type of hammer could fall on citizens in other states who are snared by federally funded covert license-plate surveillance.

The REAL ID Act specifies a “mandatory facial image capture” for every applicant for a driver’s license, which must be “retained in electronic storage in a transferable format.”

As Techdirt recently reported, “Federal investigators have turned state Department of Motor Vehicles databases into the bedrock of an unprecedented surveillance infrastructure.” The FBI is regularly tapping into databases with more than 600 million facial photos.

But citizens have nothing to fear because, as the FBI’s Kimberly Del Greco recently testified to Congress, facial recognition technology is critical “to preserve our nation’s freedoms, ensure our liberties are protected, and preserve our security.”

Del Greco did not seek to ease apprehensions on potential abuses of facial recognition regimes by invoking the example of China, where the communist regime uses such spying to round out its totalitarian surveillance.

National ID cards will do far more to control than to protect Americans. The REAL ID Act could enable the feds to demand far more information in the future.

If Maryland or other states have the prerogative to cancel driver’s licenses because of federal demands for people to show up with their passports or birth certificates, there is nothing to prevent future cancellations of licenses for people who balk at providing DNA samples or submitting to retina scans.

The Justice Department proposed in January 2020 to begin collecting DNA from anyone (including U.S. citizens) detained at the U.S. border — an estimated 740,000 people a year.

If another major terrorist attack occurs within the United States, politicians will very likely again stampede to grant any biometric-identity demands made by the FBI, DHS, or other federal agencies.

And the same people who tell us we have no reason to fear such an abuse previously told us that we had nothing to fear from TSA screeners who were doing routine checks to ensure aviation safety.

The biggest folly would be to presume that data roundups spurred by REAL ID and other federal policies will somehow keep Americans safe. REAL ID “harms national security by creating yet another ‘trusted’ credential for criminals to exploit,” warns the Electronic Privacy Information Center.

“The collection, storage, and sharing of all New Jerseyans’ private identification information will create a treasure trove for cybercriminals and identity thieves. This amassment of sensitive information could easily be abused or misused by government officials as we have seen happen at federal agencies in the past.”

There is no reason to presume that the REAL ID regime will not produce the same type of identity thefts that have long afflicted other federal personal data systems.

REAL ID–compliance debacles later this year will be followed by security breaches that bureaucrats and politicians will claim they could never have anticipated.

Centralizing personal data in vast databases increases the profits and risks of identity thefts, including thefts committed by state officials entrusted to keep the secrets.

More than a dozen Maryland MVA employees have been convicted since 2005 for issuing fraudulent driver’s licenses, in some cases exploiting the names and data of real people to create phony identification.

There were so many cases in recent years that the U.S. attorney for Maryland should have considered setting up branch offices at MVA offices to speed the arrest of MVA clerks.

In July 2019, two California Division of Motor Vehicle employees were convicted of bribery and identity fraud for fraudulently issuing licenses to unqualified drivers.

In New York, two Department of Motor Vehicle employees were arrested and charged with selling hundreds of “official driver’s licenses with other people’s names to customers, which included convicted sex offenders, a drunk driver, and even someone who said they were on the no-fly list,” NBC News reported.

REAL ID could also be used to undermine Second Amendment rights. The 2020 presidential campaign has spurred repeated promises to seize all privately owned AR-15s and to impose other sweeping prohibitions on peaceful Americans.

The resulting database could provide a roadmap for future confiscations. California is already restricting purchases of ammunition; the REAL ID Act could make it easy to stretch that nitwit mandate nationwide.

Massive databases of personal data will do nothing to boost the candor of the FBI or the competence of the TSA (which misses up to 80 percent of the weapons and mock bombs testers take through checkpoints).

TSA agents are so lunkheaded that they routinely hassle people with driver’s licenses from the District of Columbia — as if that was a foreign country.

The biggest REAL ID fraud is the claim that Americans will be more secure after the feds further trample their privacy.

At the same time that the government is demanding ever more personal information from Americans, it is keeping more secrets than ever before — trillions of pages per year. There is no reason for citizens to trust REAL ID more than Washington trusts American citizens.

This article was originally published in the May 2020 edition of Future of Freedom. Via FFF.org.