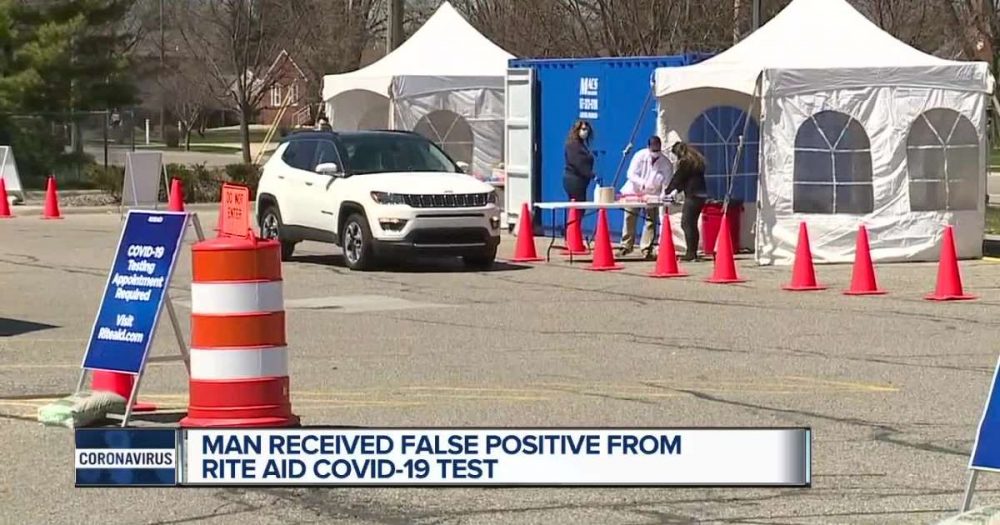 The False-Positive is Fuelling the Panic Over COVID-19

by Neil A. Kurtzman, MD

Imagine an articulate chief lemming bragging that not only had his followers jumped off a cliff, but that they had done so in far greater numbers than any other slice of the rodents.

This is the position occupied by the US regarding testing for COVID-19. We’ve done more testing than any other country and bragged a lot about doing so; but no one seems to have survived to give a proper interpretation of the results.

To begin with, the tests currently in use do not test for the entire virus, rather they just test for various fragments of it. Many of the results are thus false, sometimes false positives and sometimes false negatives. 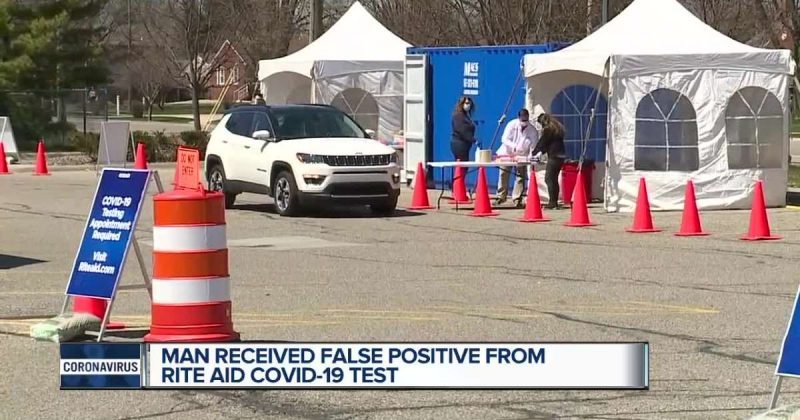 This means one has to interpret their results with caution. Our medical authorities, to say nothing of our political ones, don’t seem to be able to do this.

All medical students are taught the basics of screening in their introductory statistics course. The problem is that most of them either didn’t go or slept through the course. The rest immediately forgot what they had learned.

When testing for anything, a medical professional needs to know the positive predicative value (PPV) of the test as well as the negative predictive value. I’ll focus on the former.

In order to know the PPV — i.e., the percent likelihood that a positive test is a true positive — the sensitivity of the test must be known as well as prevalence of the disease, at least to an approximate degree.

According to a recent article in the New England Journal of Medicine, the sensitivity of the tests for COVID-19 is about 70 percent.

The prevalence in any of the tested populations is not yet known, so we cannot calculate the PPV, although we can calculate what it would be at any prevalence level we want to assume. I’ll get back to this below.

A test for COVID-19 that is 70 percent sensitive will only catch 70 percent of the tested subjects with the disease. Therefore, 30 percent will falsely test negative.

Additionally, Bayes’s theorem, the mere mention of which defeats the numeracy of all but the most resolute of physicians, says that a 70 percent sensitive test will be positive in 30 percent of the tested population that doesn’t have the disease.

(I am assuming a specificity that is also 70 percent. The specificity of the various tests used has not been given.)

Consider testing for COVID-19 in 1 million subjects, none of whom harbors the virus. Three hundred thousand will test positive.

This is the reason I doubt this report from Asturias, Spain, which tells us the region has gone fourteen days without recording a single new case of COVID-19.

Either they have stopped testing — you can’t get zero positive tests on a sizable population with a 70 percent sensitive test — or they are not telling the truth.

The Johns Hopkins COVID-19 tracker that is widely used and quoted considers a confirmed test to be equal to a positive test. This is an error of epic dimensions for the reasons just stated.

The professional and college athletics departments are making the same error. They are testing their athletes daily or every other day using a test that is no better than 70 percent sensitive.

Eventually all the players will test positive. They will be isolated for fourteen days, after which they may again test positive, ad infinitum.

How does one estimate the PPV of a COVID-19 test? At 70 percent sensitive there’s no need to. Such a test is so contaminated with both false positives and negatives that its use is virtually without utility.

Suppose we had a test that was 95 percent sensitive and specific. The PPV is the number of true positives divided by the sum of true and false positives. To make this calculation we must assume a prevalence of the virus in the sampled group.

Let’s start with a prevalence of 1 percent.

Note that even with a 95 percent sensitive test we’ll be overwhelmed with false positive results if our tested population has a low prevalence for the virus.

The more we test, the more false positives we’re likely to get if our testing is not focused. 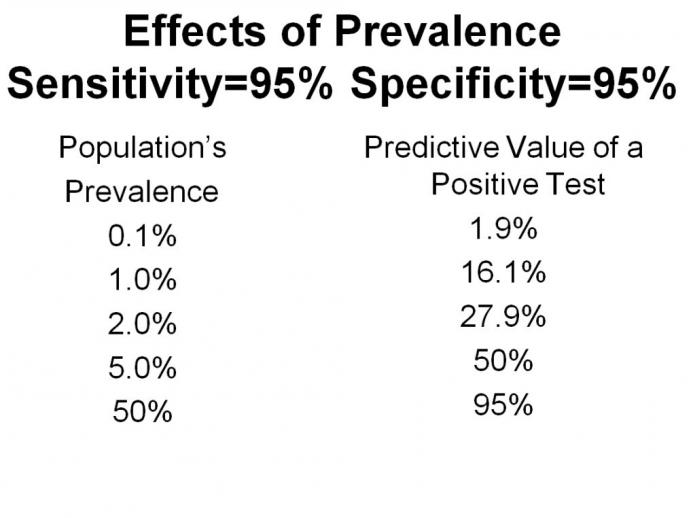 It should be obvious from the data above that all the testing we have done and continue to do has likely confused more than enlightened.

The virus is real and in the wild. How should we effectively deal with it?

The best indicator of our status is how many people are in the hospital because of a clinical diagnosis of viral pneumonia. More specifically, how many are in the ICU.

Note that testing here is unnecessary, as the assumption today is that any case of viral pneumonia is caused by the coronavirus.

If our situation regarding the epidemic improves, widespread testing will have played no role in this improvement. Why any improvement?

We recognized who the at-risk population was and they took shelter and continue to do so. The Centers for Disease Control and Preventon (CDC) estimates that mortality from COVID-19 in patients younger than 50 is 0.05 percent.

Virtually all of this mortality in younger patients comes from those with comorbidity. We also have gotten better at treating patients with severe pneumonia caused by the coronavirus.

The virus is likely to be with us for some time. Epidemics end either when those most susceptible to the pathogen have been exposed to it or when an effective and safe jjab is available. We don’t have such a jjab. It’s hard to know when or if one will be available.

And the logistics of manufacturing and administering billions of doses are formidable. In the meanwhile, we have to coexist with it while not destroying society, socially and economically, in the process.

We will also have to admit that our current testing regime has alarmed the planet without contributing a health benefit.

President of Burundi Found Dead After Called Covid-19 a Hoax and Expelled the WHO Previous post
Toronto Public Health Also Admits: People Who Don’t Die From COVID-19 Are Still Added To The Death Count Next post