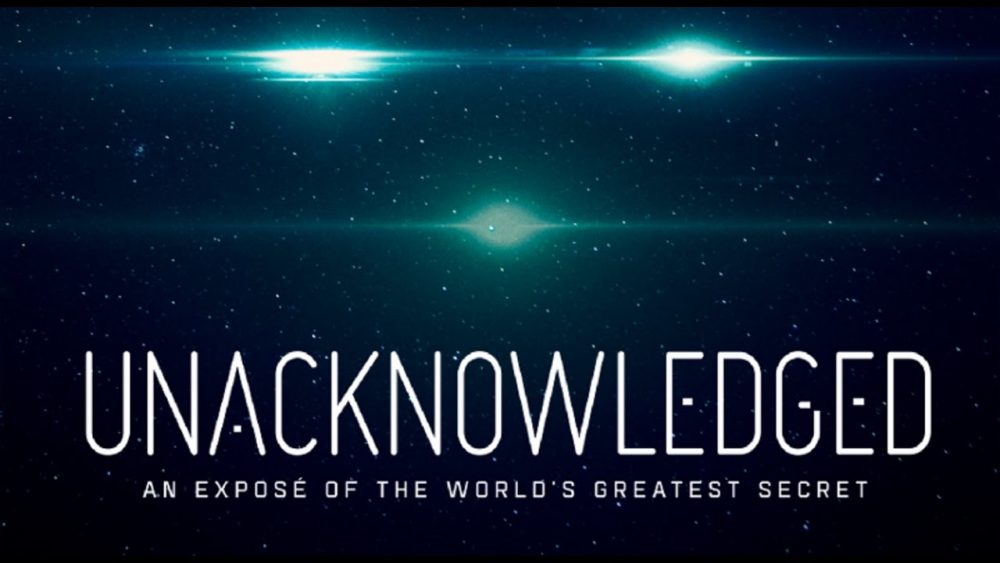 UNACKNOWLEDGED: AN EXPOSE OF THE GREATEST SECRET IN HUMAN HISTORY

Following the most successful crowd-funded documentary in history, Sirius, Dr. Steven Greer and his team have produced “Unacknowledged : An Expose of the Greatest Secret in Human History”.

“Unacknowledged” focuses on the historic files of the Disclosure Project and how UFO secrecy has been ruthlessly enforced – and why.

The best evidence for Extraterrestrial contact, dating back decades, is presented with direct top-secret witness testimony, documents and UFO footage, 80% of which has never been revealed anywhere else.

The behind-the-scenes research and high level meetings convened by Dr. Steven Greer will expose the degree of illegal, covert operations at the core of UFO secrecy.

From briefings with the CIA Director, top Pentagon Generals and Admirals, to the briefing of President Obama via senior advisor John Podesta, chairman of the Hillary Clinton Campaign – we take the viewer behind the veil of secrecy and into the corridors of real power where the UFO secrets reside.

The viewer will learn that a silent coup d’état has occurred dating back to the 1950s and that the Congress, the President and other world leaders have been sidelined by criminal elements within the Military-Industrial-Financial complex.

You can watch it below for free, but you can support the producers by streaming it on Amazon (better video quality):

Family of Judge Esther Salas Assassinated After Being Assigned Jeffrey Epstein Case Previous post
Predictably, Covid-19 is Mutating: What Does This Really Portend? Next post