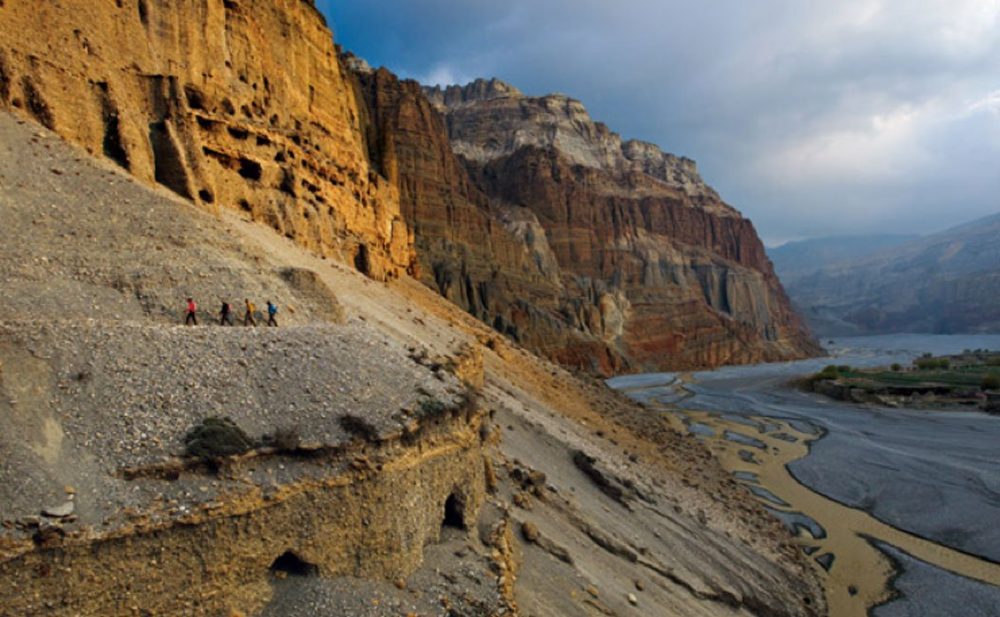 One of the world’s greatest archaeological mysteries is hidden in the Himalayas. 10,000 man-made caves have been tunneled through the rock from above or dug into the cliffside. Who built these ancient structures and why?

Archaeologists from Nepal and the University of Cologne began exploring the caves situated 155ft. (47.24 meters) above ground in the mid-1990s. They found the remains of dozens of people who had lived 2000 or more years ago.

Several other groups of researchers have followed in their footsteps since. Those who’ve seen the remote Upper Mustang site tend to liken its appearance to a giant sandcastle. 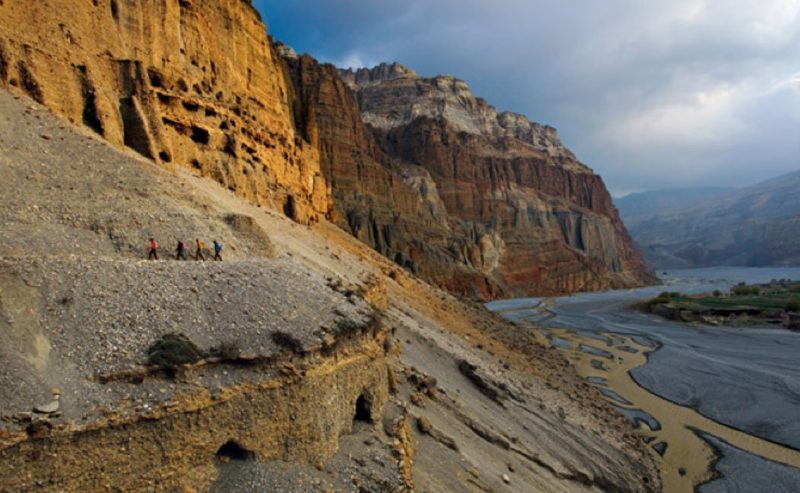 Cory Richards, an adventure photographer who joined a team of explorers to unearth hidden relics of the ancient and remote caves, said, “Quite honestly when I got there it was even bigger and more grand than anything I ever could ever have imagined.”

The climb to reach and enter the caves is dangerous. Some people have suffered broken bones (or even backs!) from falls, fractures are also highly possible due to falling rocks. 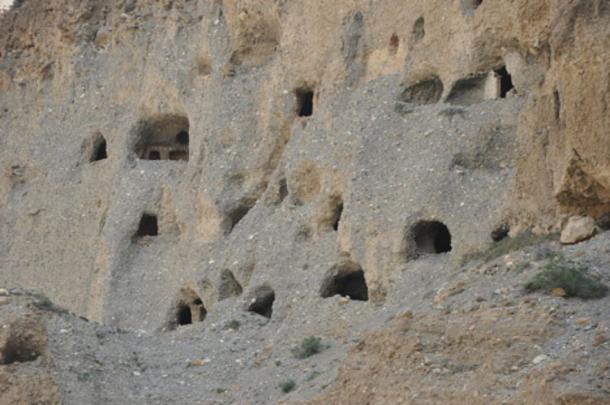 Assessing all the potential risks associated with the climb into the caves makes you wonder how the original inhabitants made the perilous journey to build and then live in the caves.

As Richards said, “This was real exploration. It’s dangerous it’s loose rock it’s scary. Everything is loose, everything around you feels like it’s crumbling. You feel like when you’re climbing everything is going to collapse.”

Although many of the caves have been empty, some have shown their use for domestic purposes in the past: sleeping spaces, hearths, and grain storage bins have been found. A minority of the explored caves have been even more intriguing with their elaborate Buddhist murals and carefully calligraphed manuscripts. 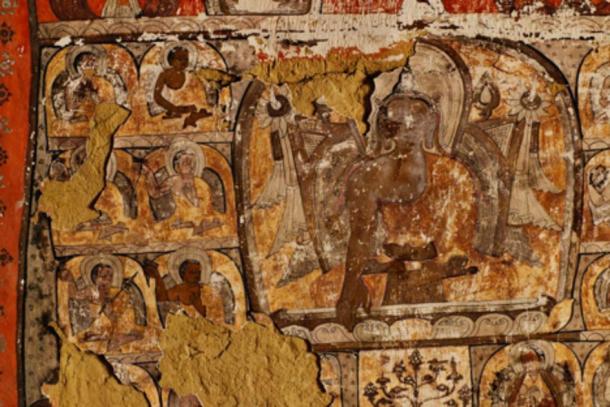 Three main time periods have been identified at the caves: they were used as burial chambers from as far back as 1000 BC, they provided living quarters for safety from conflict in the 10th century, and they were transformed into meditation chambers, military lookouts, and storage units by the 1400s.

Richards tried to sum up his experience and the beauty of the caves: “Essentially at the end of the experience, what was illuminated to me the marriage of science and exploration and culture is the ultimate in how we bring the world to everyone.”

By April Holloway, Ancient-origins.net / Republished with permission. If you liked this article, make sure you subscribe to Ancient Origins for more similar articles.