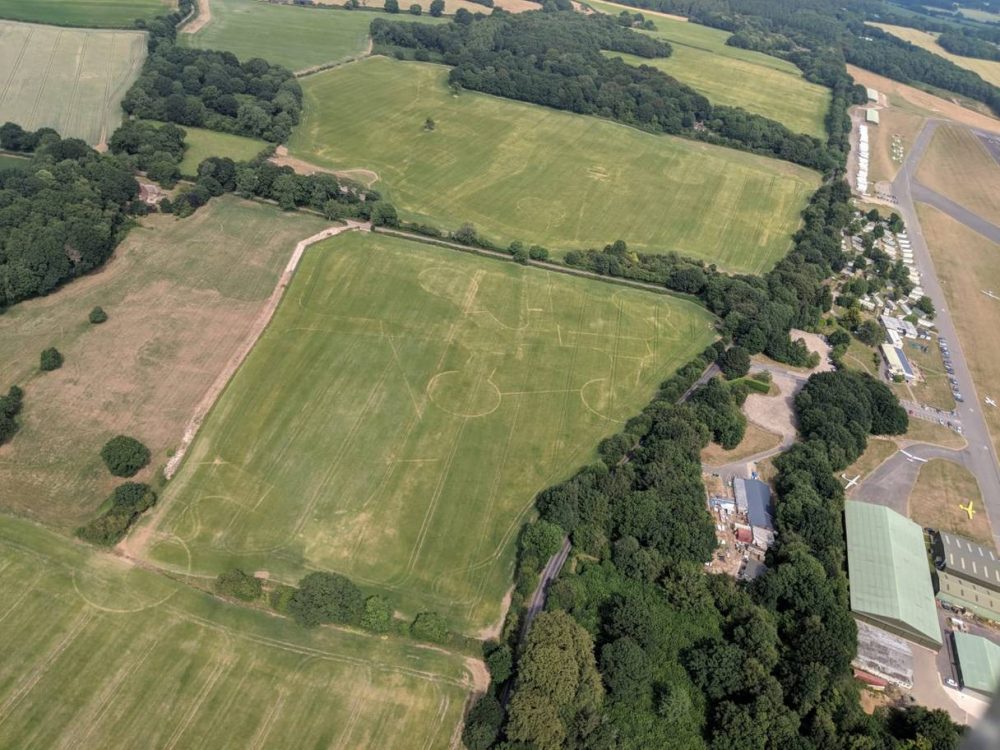 Around 1,500 hidden archaeological sites across the UK landscape have been rediscovered say, experts, from prehistoric ‘cursus’ monuments, laid out more than 5,000 years ago, to the outline of a long-demolished Tudor hall, and lost ancient settlements.

Weeks of unprecedented summer heat and drought have revealed evidence of around 1,5000 long-lost archaeological sites across the UK — helping experts discovered from prehistoric ‘cursus’ monuments laid out more than 5,000 years ago, to traces of long-lost walls and Stonehenge-like monuments.

According to reports by Historic England, aerial footage has helped archeologists find Iron Age settlements, Bronze Age burial Mounds, and Roman farms, all of which have been revealed in UK’s blistering summer heat. 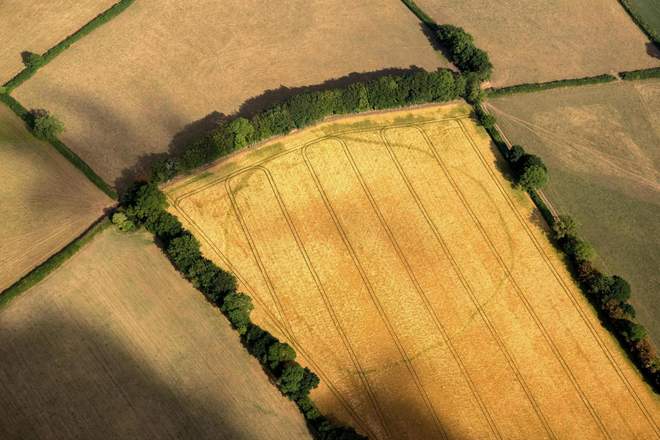 According to reports, the record-breaking dry summer has been good for archaeologists who had ideal conditions to examine the scorching landscape from the air, since cropmarks form quicker and are easier to spot when the soil is dried up.

The differences in crop color and height help reveal the layers of buried structures which once were settlements, temples or other ancient monuments. 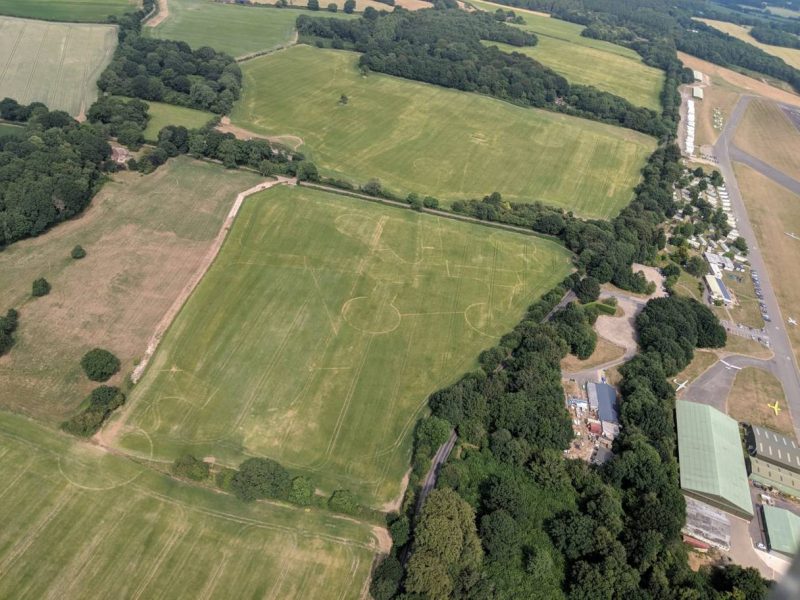 The most notorious discoveries made this year were two neolithic cursus monuments located near Clofton Renes and Milton Keynes.

One of the ancient monuments remained hidden from sight until this year beneath a medieval bank which is gradually being plowed away.

The monuments are believed to be some of the oldest structures in the country, dating as far as 3,600 BC.

So far, experts know very little about the ancient structures which can stretch several kilometers in length.

Archaeologists have uncovered similar structures existing next to some of the most famous archaeological sites in the UK, including Stonehenge, Thornborough, and Newgrange.

The heatwave has revealed what experts are calling ‘cropmarks’. Image Credit: Historic England.

Experts across the UK are still going through the discoveries. Damian Grady, the aerial reconnaissance manager from Historic England said in a statement:

“This has been one of my busiest summers in 20 years of flying.”

“This has been one of my busiest summers in 20 years of flying and it is has been very rewarding making discoveries in areas that do not normally reveal cropmarks,” added Damian Grady, Historic England aerial reconnaissance manager.

Faint outlines of long-lost, ancient structures appear in fields when grass above the ancient stone or wood buried in the soil flourish or deteriorate at different rates compared to surrounding plant life during a heatwave. 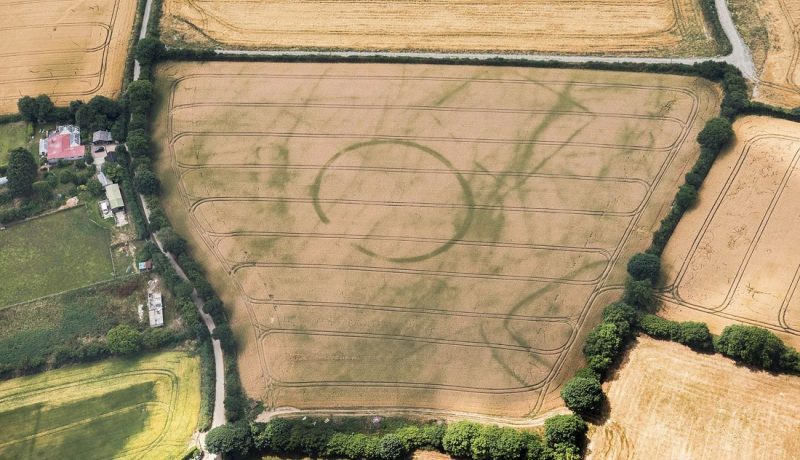 This effect creates outlines visible from the surface which can help archaeologists pinpoint the location of ancient settlements that are otherwise hidden beneath the surface.

These so-called landscapes scars are commonly referred to by experts as ‘cropmarks’ and can often only be seen from aerial footage or photographs of the countryside, and almost never from the surface.