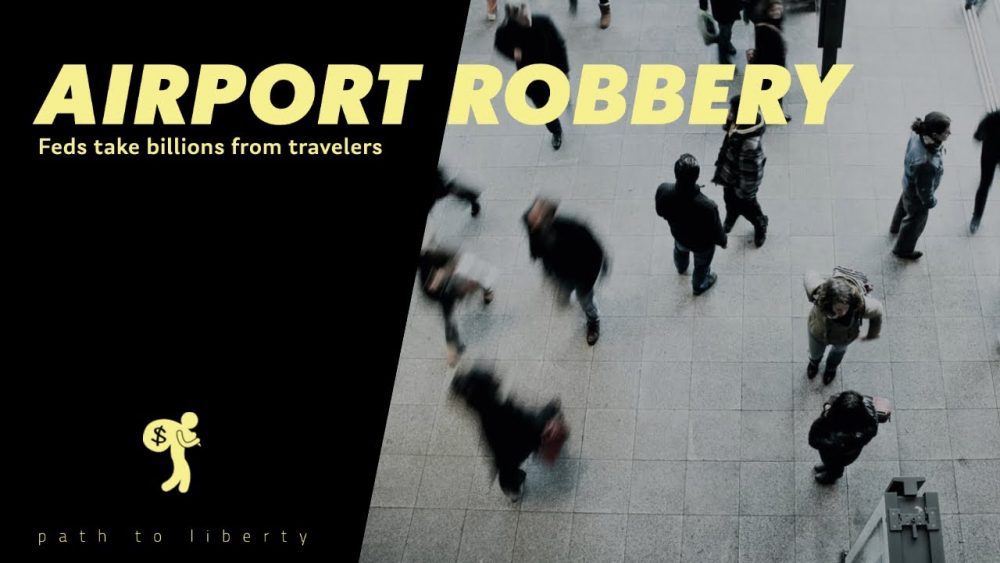 For the first time ever, data from the Treasury Department’s forfeiture database has been put through a detailed study regarding airport seizures, thanks for a multi-year legal battle by the Institute for Justice.

Covering 2000 through 2016, the study quantifies just how often DHS agencies have seized currency at airports — and just how much currency has flowed into the federal government’s coffers as a result.

Fedcoin: A New Scheme For Tyranny And Poverty

Ron Paul: Europeans Are Waking Up to Government Covid Tyranny. Why Are We Still Asleep? Previous post
Crossing the Rubicon: The UK Slips into a Repressive State Next post