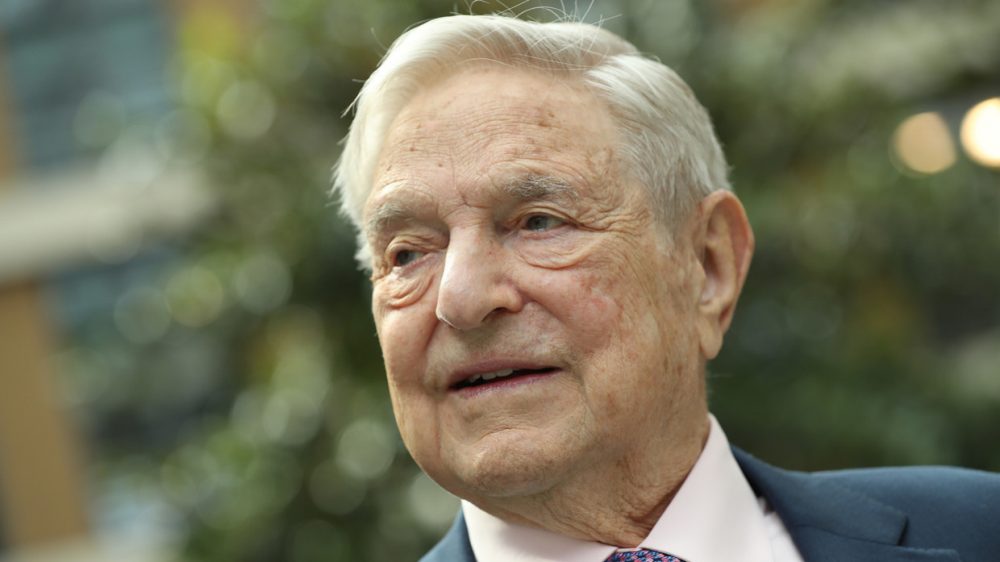 Americans May Be Stuck With Soros Forever

George Soros had some tough words for Donald Trump, calling him “dangerous” and willing to do “anything to stay in power.” But what about the financier himself, who operates across the globe outside of democratic due process?

The life of the billionaire financier seems to be one long battle against the purported enemies of the ‘open society’ – a controversial concept popularized by Karl Popper, a Vienna-born philosopher who wrote ‘The Open Society and Its Enemies’.

Chief among his sworn adversaries is Trump, whose ‘Make America Great Again’ campaign calls for, among other things, a wall constructed on the US-Mexico border and less reliance on foreign factory workers. 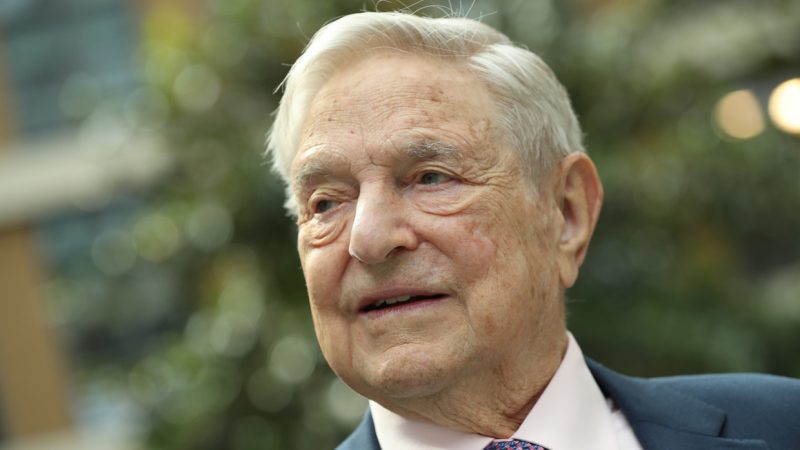 On the occasion of his 90th birthday this week, Soros sat down for an interview with the Italian newspaper La Repubblica, in which he expressed some strident views about the US president.

“I’m confident that Trump will turn out to be a transitory phenomenon, hopefully ending in November,” Soros remarked. “But he remains very dangerous. He’s fighting for his life and he’ll do anything to stay in power, because he’s violated the Constitution in many different ways and if he loses the presidency, he will be held accountable.”

For anyone who has followed the trajectory of Soros’s lengthy career, those remarks will probably come across as self-serving and hypocritical.

After all, the man who famously broke the Bank of England back in his relative youth does not feel constrained by any sort of democratic procedure, nor is he controlled by a system of checks and balances, as are elected officials.

Instead, Soros, by virtue of his magnificent wealth alone, it seems, is able to create the world of his dreams – and not a single person has ever cast a vote on whether they support his grand plans or not.

Take the latest protests to hit the United States, for example, following the death of George Floyd at the hands of a white police officer.

At an extremely sensitive juncture in American history, when racial tensions were at breaking point, Soros decided this was the perfect time to donate almost a quarter of a billion dollars to several racial justice groups, including Black Lives Matter (BLM), which is responsible for violent protests in cities across the nation.

Soros said he was moved to act because this was the first time in the US “that a large majority of the population, other than black people, recognizes that there is systemic discrimination against blacks that can be traced back to slavery.”

Soros is wrong, however – or at least needs to be challenged on his perceptions. Many Americans, including blacks, reject the notion that the country is gripped by “systemic discrimination” and racism.

While there are certainly no shortage of bigots in the US, as there are everywhere, blacks and whites have been working together for many decades to achieve racial equality.

So, why is Soros dragging up the institution of slavery, which came to an end almost 200 years ago, following the deadliest war in America’s history?

But donating money to controversial activist groups is child’s play compared to reshaping the American justice system. Yes, Soros has been quietly dabbling in that project as well.

In 2016, it was reported that he’d donated over $3 million to progressive black and Hispanic candidates for district attorney campaigns. One beneficiary of that largesse is Kim Gardner, who is now the circuit attorney for St. Louis, Missouri.

To understand what sort of ‘progressive’ Soros prefers, Gardner pressed charges against Mark and Patricia McCloskey, a married couple who responded to BLM protesters trespassing onto their property and making threatening gestures by brandishing firearms.

The couple said they exerted their Second Amendment right to “bear arms” out of fear for their lives. Yet, according to Soros-backed Gardner, they were out of bounds.

This all seems to be part of a very weird trend happening in Democrat-controlled cities and states, many of which have received Soros money: at the same time that violent protesters are allowed to ransack urban centers, calls are going out to “defund the police,” while average citizens are losing the right to protect themselves from harm.

And Soros’s influence is not limited to the US. Not by a long shot. In 2018, he was audacious enough and, more importantly, rich enough, to promote his plans for “saving” the European Union from an “existential crisis.”

This centered on three controversial ideas: providing monetary assistance to countries in Africa and other developing nations, including through migration to the EU; addressing the question of austerity, which is ironic, considering that Europeans are being asked to do more for foreigners while expecting to receive less assistance from their governments; and finally, Brexit, which Soros says is a bad idea for the United Kingdom.

Now, whether or not one agrees or disagrees with Soros on these issues, and many others, is not the point (for a more sympathetic view of Mr Soros, read this).

The point is that one immensely wealthy man, who holds no public office, and is not accountable to voters, has managed to exert unfathomable influence over the political landscape of many nations.

For anyone who doubts that assertion, consider the 177-page pamphlet published by Open Society, entitled ‘Reliable Allies in the European Parliament (2014–2019).’ In it, 226 EU MEPs are listed and labeled according to their political orientation and views.

According to the publication,

“The presence of an MEP in this mapping indicates that they are likely to support Open Society’s work. Considering there are 751 members of the European Parliament, ‘reliable allies’ of George Soros hold at least one-third of seats.”

That revelation becomes even more problematic when it’s remembered that Soros donated $18 billion to Open Society Foundations in 2017, making it one of the largest philanthropic organizations in the world.

While some may argue that Soros has done many great things with his money, there are many people who disagree. Yet they have no zero say in the matter, simply because they don’t possess a war chest from which to promote their views, however haphazard they may be.

In the case of Donald Trump, for example, the American people will be able to vote in November, if they want him to remain in the White House for another four years.

Yet, although Soros’s contribution to the world of politics is arguably no less than Trump’s, and possibly more, nobody is permitted to vote on his controversial agendas.

If Soros were genuinely concerned about the people, as he proclaims, he would allow more democracy to shine in his gold-plated world. The fact that he does not says everything we need to know.

Robert Bridge is an American writer and journalist. He is the author of the book, ‘Midnight in the American Empire,’ How Corporations and Their Political Servants are Destroying the American Dream.